The Importance of Backing Up Images

In May of 2015, I had the great fortune of being on the Arizona Highways Photo Workshops Oregon Sampler trip. It was an 850-mile drive of a grand circle beginning in Portland, driving east to Hood River then south to Bend before heading back west to Newport and Cannon beaches and then north to finish up in Portland.

Calling it Oregon Sampler was perfect as we hit a variety of landscapes including urban, ocean, river, and mountain lakes. The images you will see below are a clipped version of the trip. Sadly, it seems I have lost most of the photos of this epic journey. There are several possibilities when this could have occurred. In the past five years, I have gotten smarter and developed a good back up system for my images.

Initially, all images were stored on my laptop. I know, crazy, right? I soon learned that having an external hard drive was a better way to go and allowed my laptop to work better. I may have lost them in the transfer of images to a file system on the external drive. I also may have lost some in my attempt to come up with a file system in Lightroom on my own. May I suggest that you get help in these areas before you attempt them on your own if you are not the most tech-savvy person on the planet. If it saves you the heartache of losing images of an epic trip, it will be worth it.

On to the epic journey: I was so looking forward to it because it was a section of the country I had been to a couple of times but had not spent much time in, so I always wanted to return.

We met our participants at a hotel in Portland, had a presentation by our photographer before we loaded three vans and headed east to Hood River. On the way, we stopped at an overlook of the Columbia River Gorge. 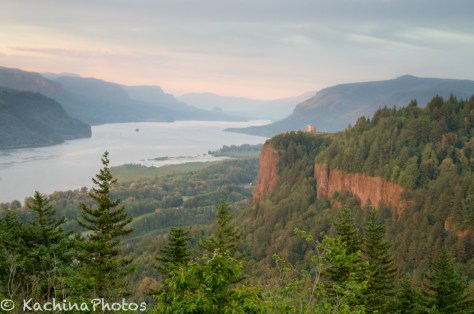 We also stopped at several popular waterfalls along the way. This is my only waterfall image. So sad about that. 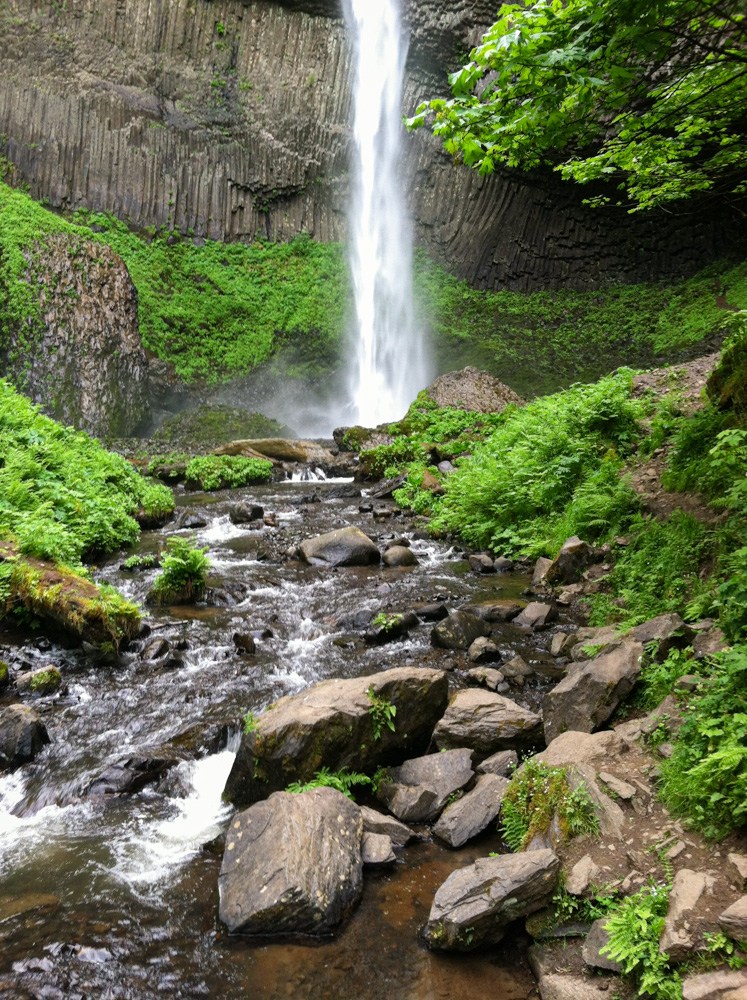 This was a grueling workshop for the three photo guides. It was the trip that I discovered the life-changing power of the 20-minute catnap. It saved me.  We would go to bed late, after the sunset shoot and dinner and then get up early for a beautiful sunrise shoot before breakfast. Each night was a different hotel so after breakfast was always a long drive to the next town. The photo guides drove while everyone else napped.

Following our night in Hood River, we did a sunrise shoot at Tom McCall Nature Preserve, before packing up and heading to Bend. I don’t have any pictures of that.

Our sunset shoot in Bend was Sparks Lake. I also don’t have any images of that, but know it was beautiful.  Our sunrise shoot the next morning was at Smith Rock State Park. I highly suggest going to this park if you are ever in the area, it is beautiful. I lost all of those images. Luckily, several years later, I was on a Crater Lake workshop and able to revisit these two places around Bend. The solace I tell myself in losing the images from THIS trip is that I would only get better. Also, I put it in perspective. People lose far worse in life than a few images from a trip. I mean, for real. 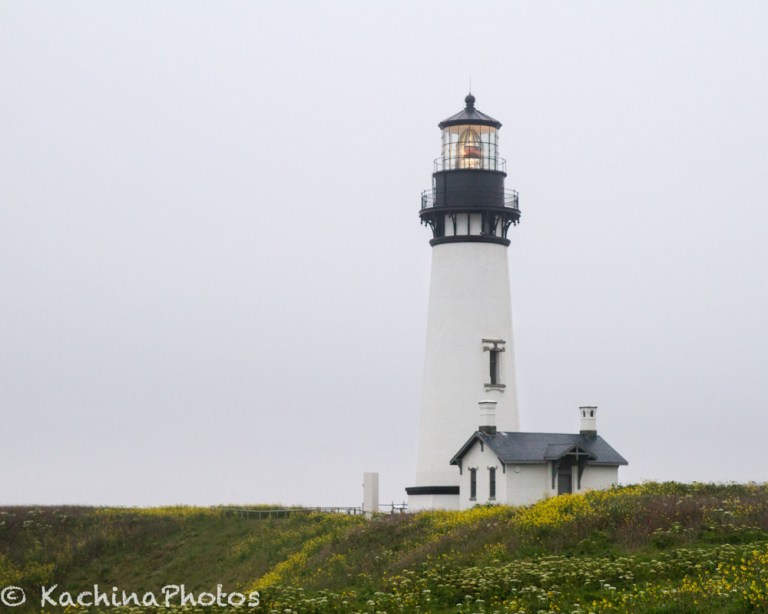 Following the Smith Rock shoot, we headed out to the coast and Newport Beach. Our sunset shoot was at Yaquina Head Lighthouse. I love lighthouses. This is the only image I could find. 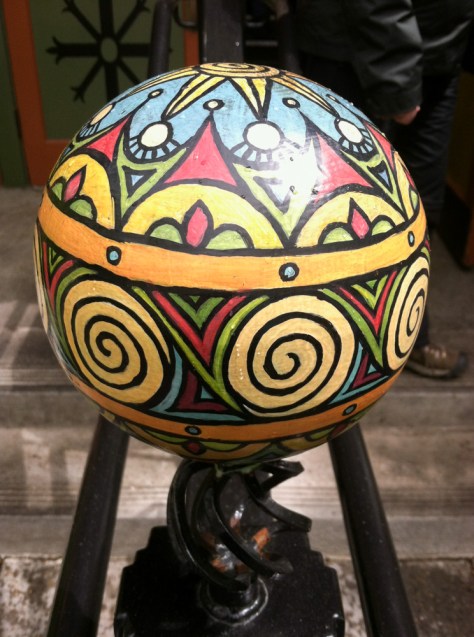 These are just a couple of images from the towns we were in. Not sure where due to my lack of keywords. 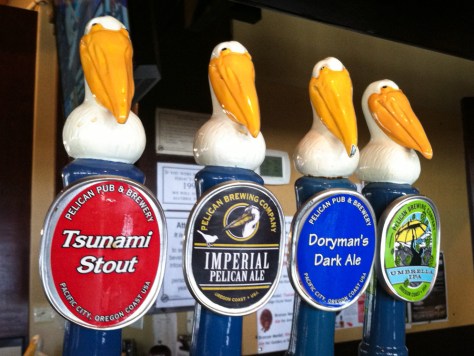 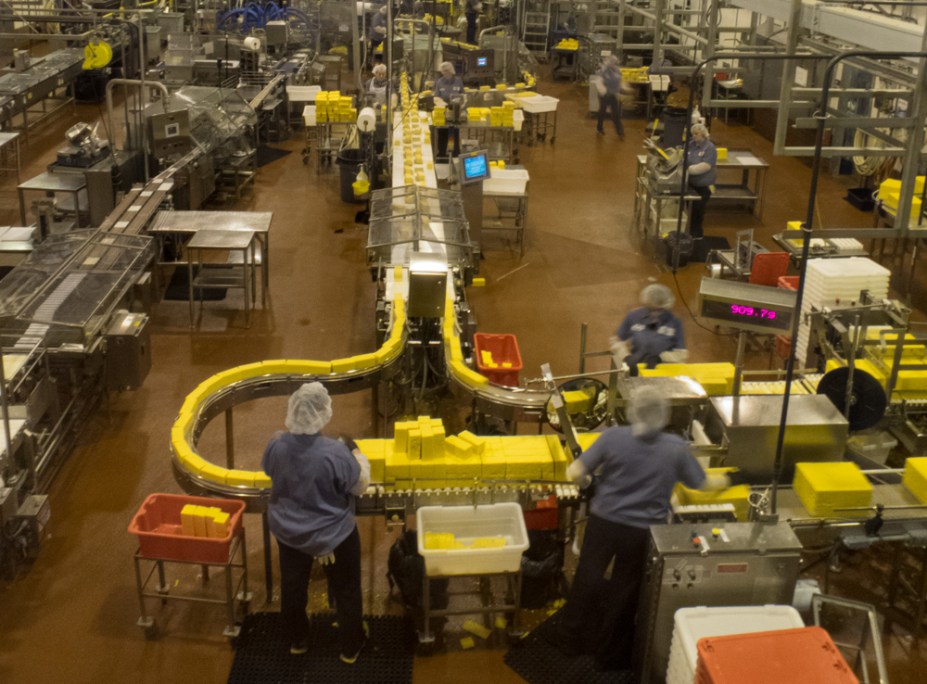 At some point, we stopped at the Tillamook Cheese Factory. That was pretty cool. It’s nice to add local attractions and not make it all about photography. 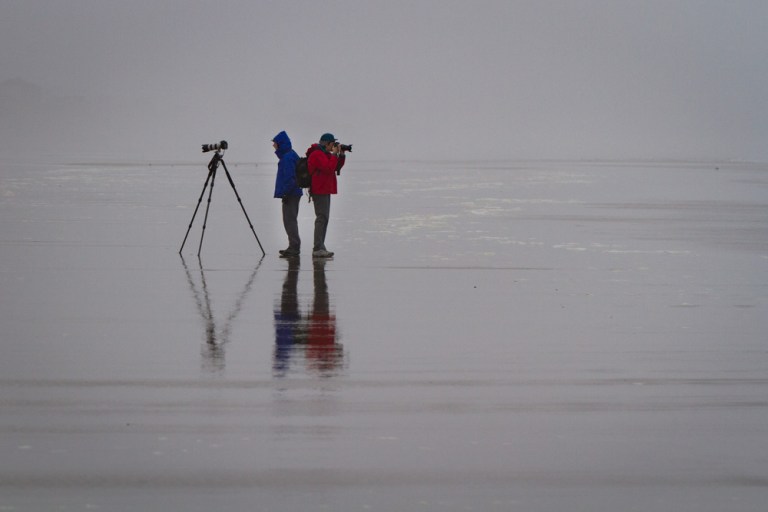 On the coast, we stayed in a hotel right on the beach. Our first shoot was Agate Beach. It was a typical Oregon overcast day which made it fun to be more creative. I have learned there is no bad light, just opportunities to overcome challenges. 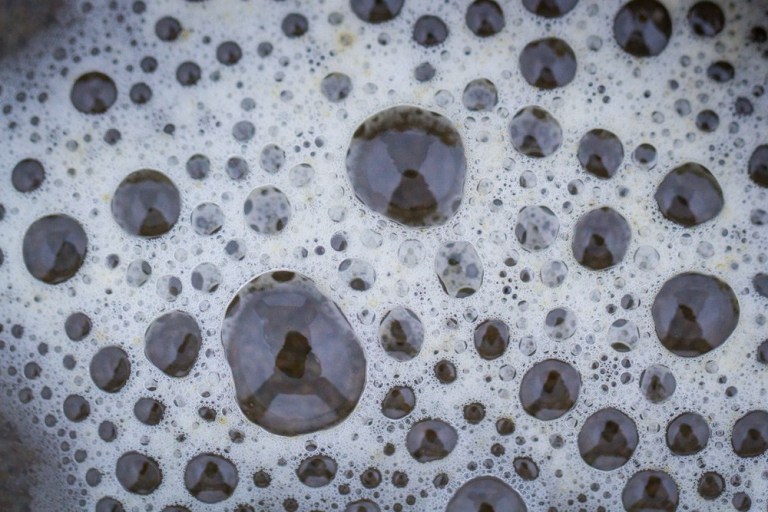 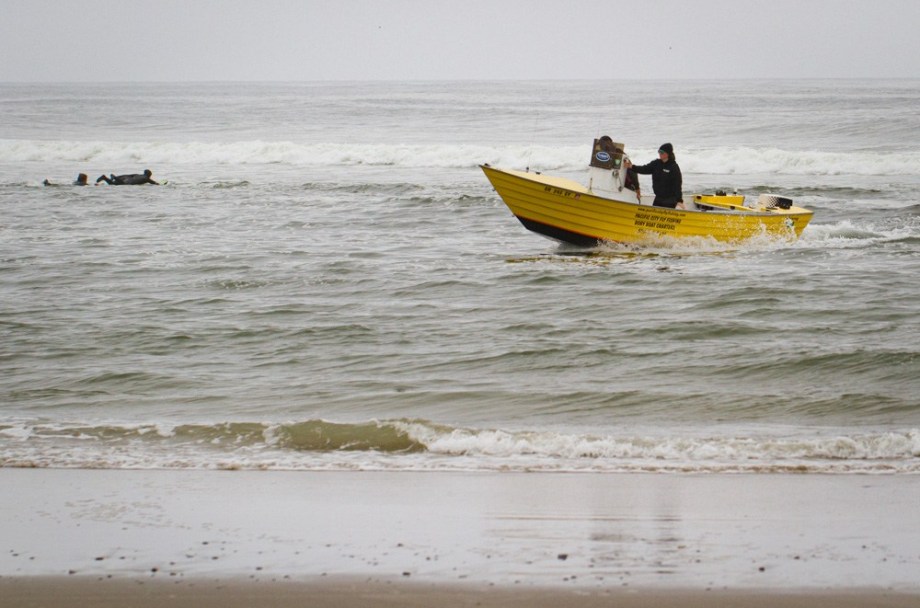 Mid-morning we headed out to Cape Kiwanda. The early gloom had cleared a little but it was still pretty overcast. To my delight, there were some fishermen coming in. Apparently, the flat bottomed boats are a local way to fish. They are driven right onto the beach where a truck then brings the trailer and loads them up. 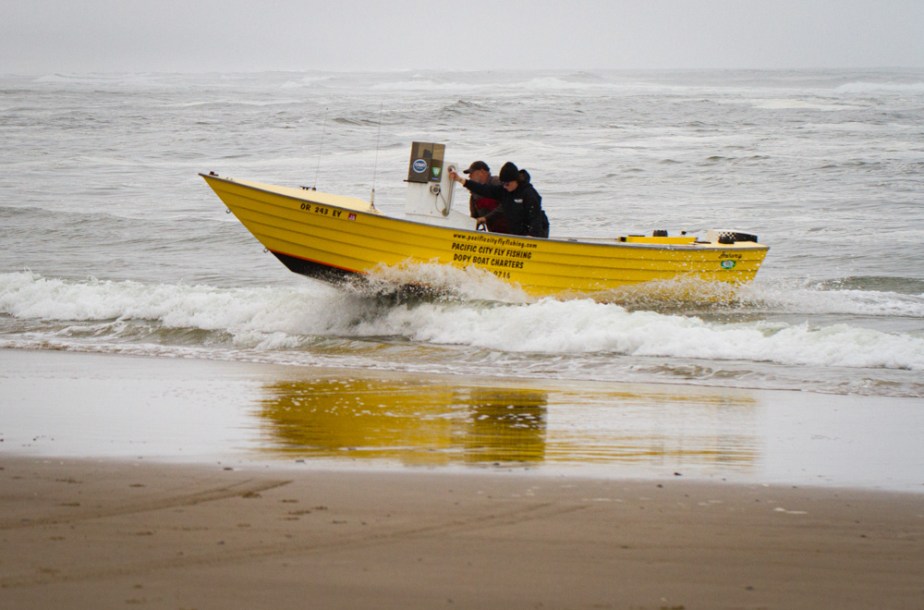 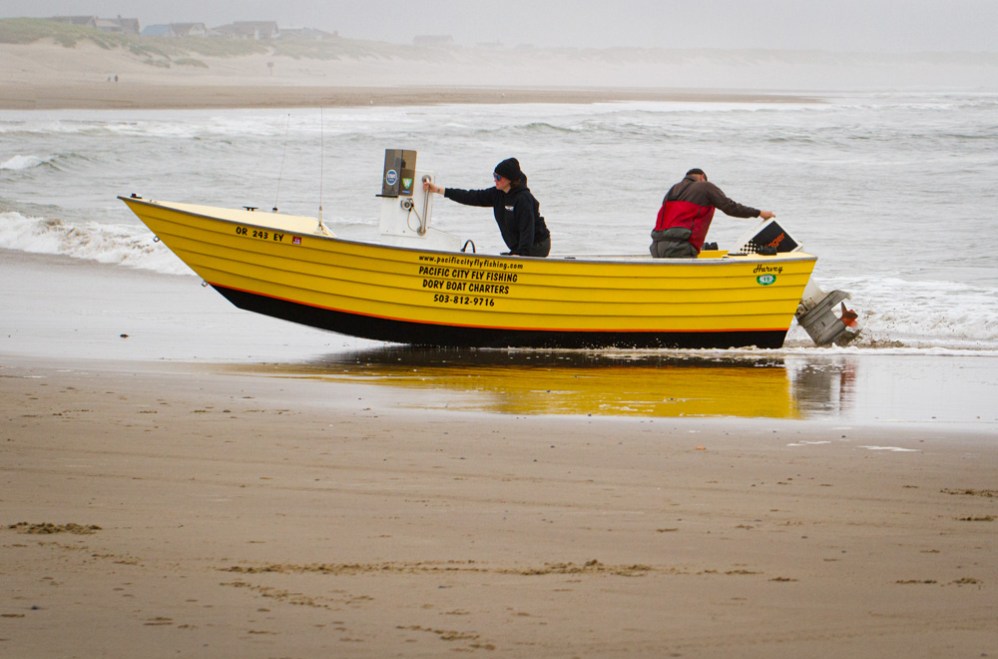 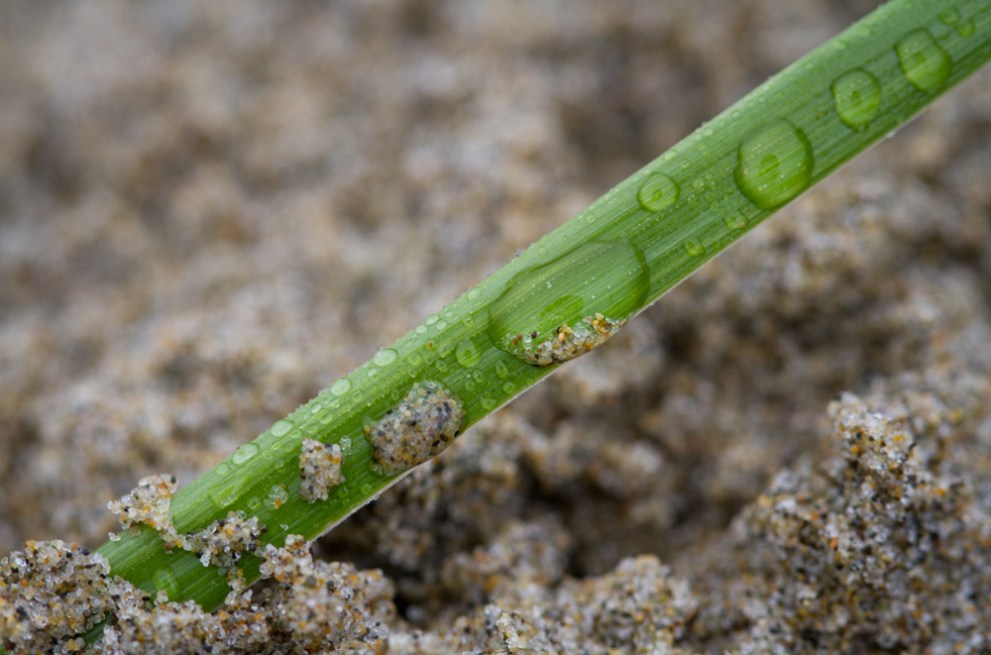 I played with my macro lens a bit. Check out the grains of sand in the water droplet! 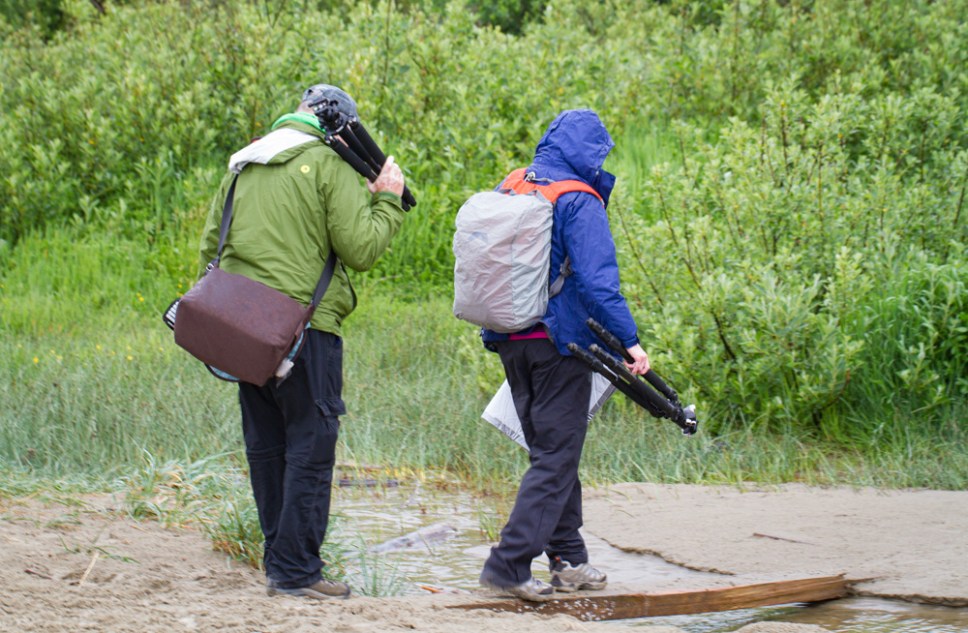 A couple of our participants crossing a small wooden bridge back to the hotel. We had had enough of the drizzle and were heading in for a warm breakfast. 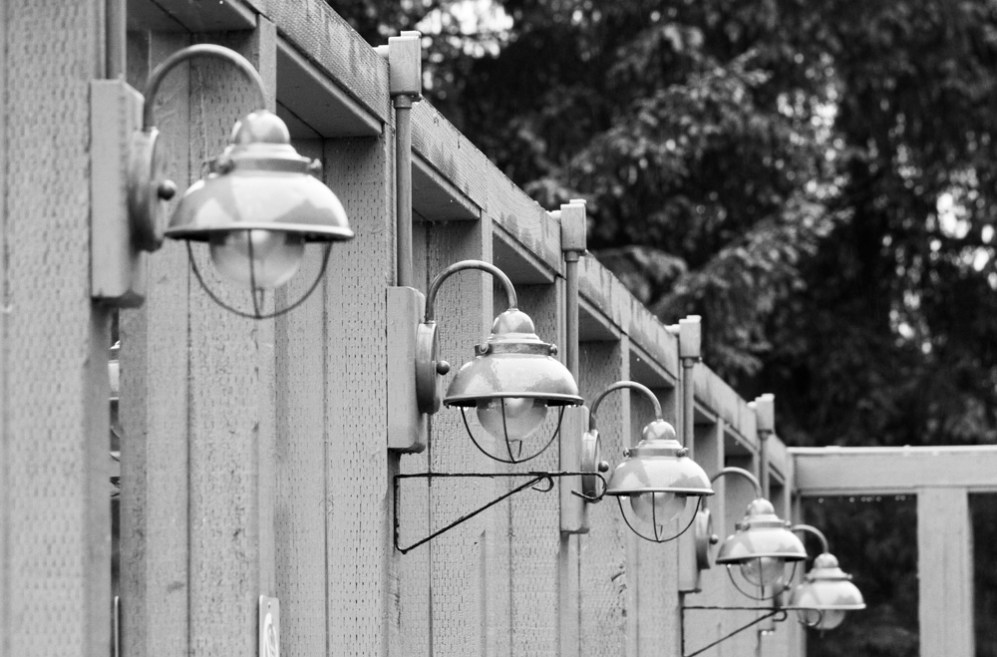 Not sure where these two images were shot due to my lack of keywording. This blog project of going back through past Highways PhotoScapes trips has made my lack of keywording glaringly clear. Do yourself a favor, at the front end (downloading) be sure to keyword and file your images so you can find them later AND have information attached to them you may not remember later. If it weren’t for the travel log I keep I’d be even more lost on this trip post than I am. 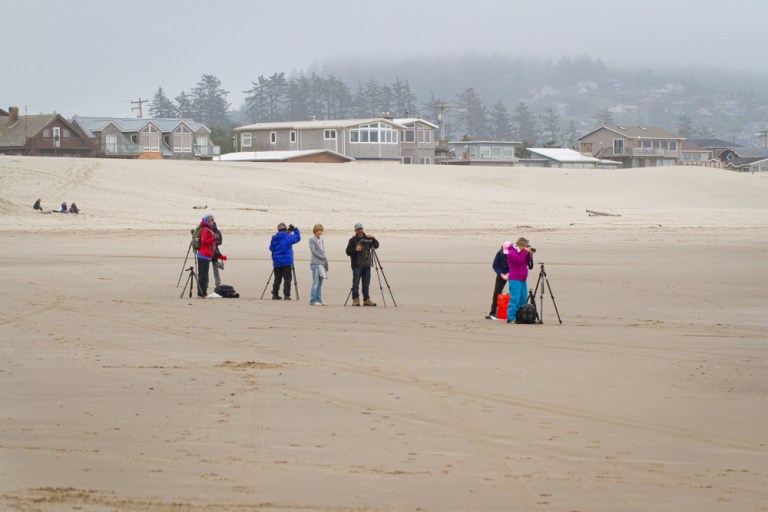 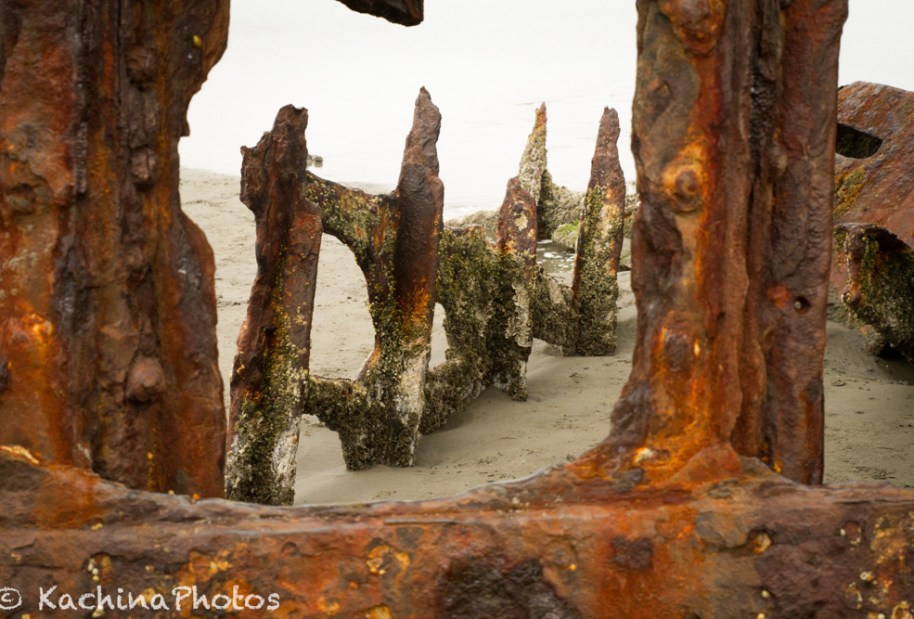 This skeleton is the Peter Iredale shipwreck on the beach of Fort Stevens Park. It’s the only image I have.

So let that be a lesson. Back up your files, file them in a way that makes sense to you for future retrieval, and use keywords. If you’d like help getting started feel free to contact me.

back up, keywording, Oregon, Vicki Uthe, workshop
PREV
NEXT