What some photographers do when not photographing 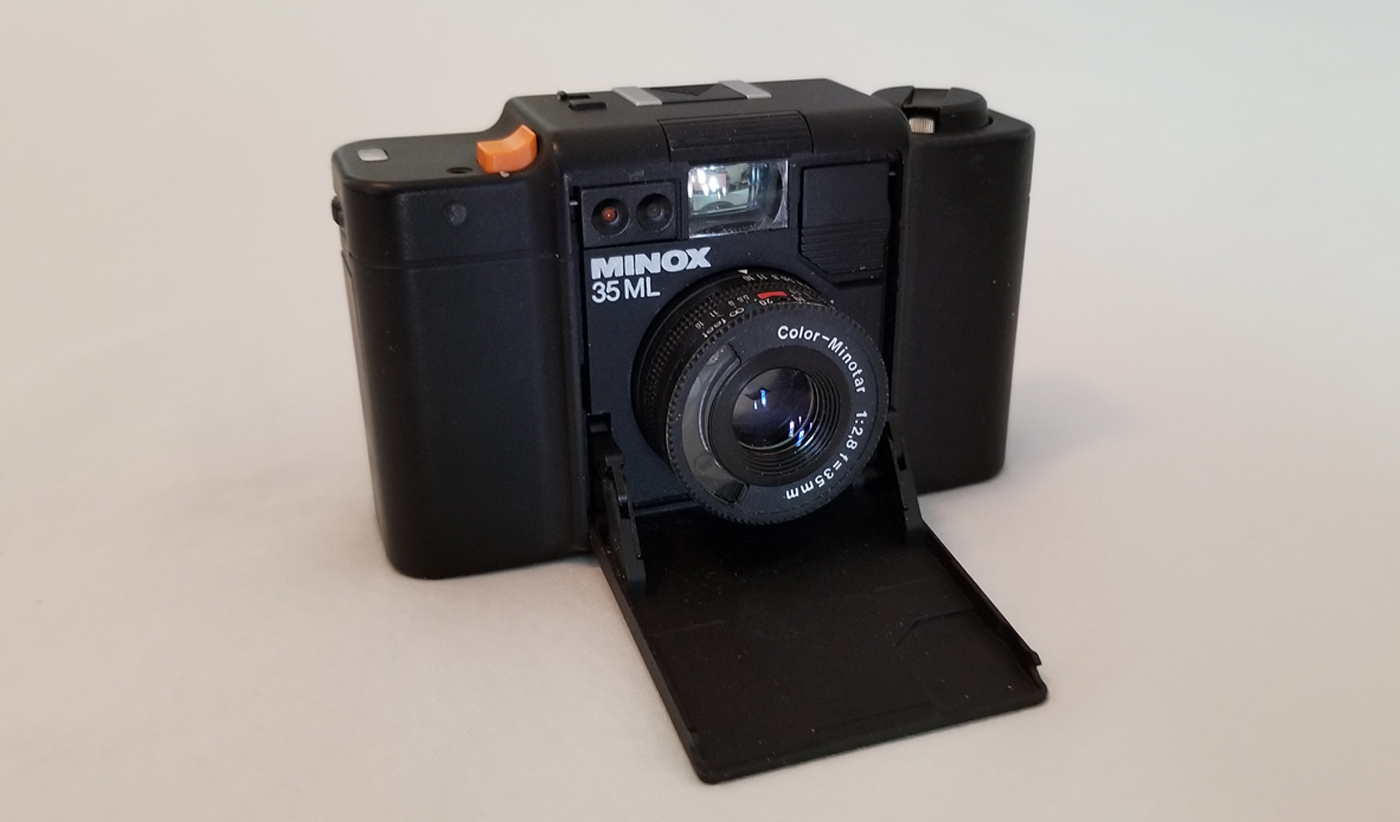 Interest in photography goes beyond taking photographs either digitally or with film. It extends beyond massaging the image and making prints. Many photophiles also collect cameras.

Yes, I have that affliction but it was never as bad as some of my friends who have their living rooms lined with shelves of old timers. I never belonged to the American Society of Camera Collectors.  I just built a collection of interesting cameras. It filled a closet and then I sold them, including my pristine 4×5 Speed Graphic.

Now I am, what I would call, a Sentimental Collector. I tend to enjoy those cameras that mean something special to me. And they are film cameras.

It all started with my parents. I still have my mother’s box camera, a Brownie 2A model 3 that takes 616 film. Later in life she shot with a 35mm Zeiss Ikon Contax llA, one of the finest 35mm rangefinder cameras ever made. It was given to my brother.

Since the 1880s film has been made in almost every possible width and length. Today the most common film sizes are 35 mm, 36×24 mm, that originated with the advent of the Leica cameras in the 1920s, and 120 size.

Although panchromatic film (sensitive to most wave lengths of the spectrum) was available in the early 1900s, almost all movie and still film was orthochromatic into the 1930s. It is sensitive to blues and greens. Ortho films can be developed under a red or orange filtered light.  Print papers have been orthochromatic as well.

I have my father’s Bell and Howell Filmo, 16mm magazine, Auto Load Speedster movie camera from 1941. In spite of the basic necessities being rationed during WW ll, there never was a shortage of Kodachrome film. 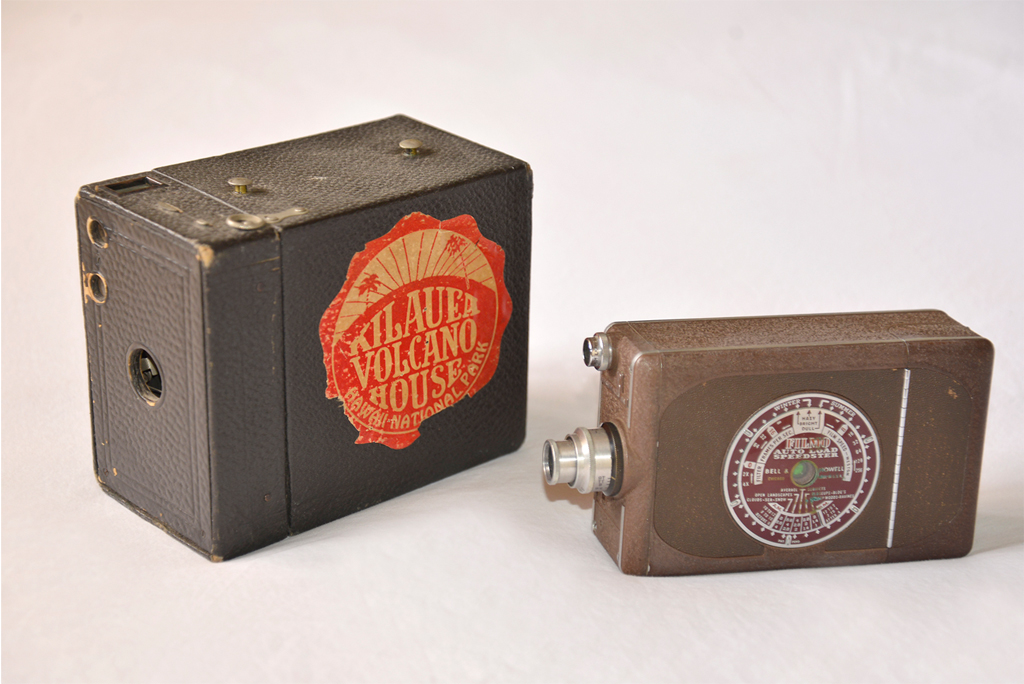 I saved two of my originals from the camera closet sale. The Leica M3 was purchased in Germany in 1958. I bought my Nikon FE 2 to take on an African safari in 1984.

When I was in New York City for a meeting, I bought the FE2 with 50, 28-70, and 70-210 mm lenses. The outfit included a motor drive, flash and a case. There was no sales tax if it was mailed. So the camera store mailed the case and I took the rest in a gym bag. It was raining when I arrived at the airport. The taxi took off with my camera gear in the backseat.  So I had to buy it all again for the safari. I still have that very expensive camera case.

Over recent years I have replaced some of the cameras from the closet sale including a Nikon S2 range finder and a Rolleiflex. Two unusual models are the first auto focus 35m, a Konica AF3 AF and the smallest 35mm with light meter, a Minox 35 ML from 1986.

Two years ago I stumbled across a rare camera at a yard sale. At the bottom of a box was something shiny. It was a Fujifilm TX-1. With its Super-EBC Fujinon f4 45mm lens, it takes 90 degree, undistorted, images on 35mm film. It is worth 10x what I paid for it.

Recently I have replaced some of my early favorites that were sold in the closet collection. I now have duplicates of my first cameras from eBay. The basic Ansco 616 Pioneer was replaced with an Argus C3, affectionately known as ‘The Brick’. Five years later the C3 burned in a building fire. Then I got the first SLR made, an Ihagee Exakta with a 50mm f 3.5 Tessar lens. All three are in good shape except for questionable shutter speeds.

Will I add more in the future? Who knows?  At least I can enjoy the pleasure these older models give. There is nothing quite like the sensuous feeling from stroking a finely milled, satin finish, Leica Hektor f 4.5 135mm lens. 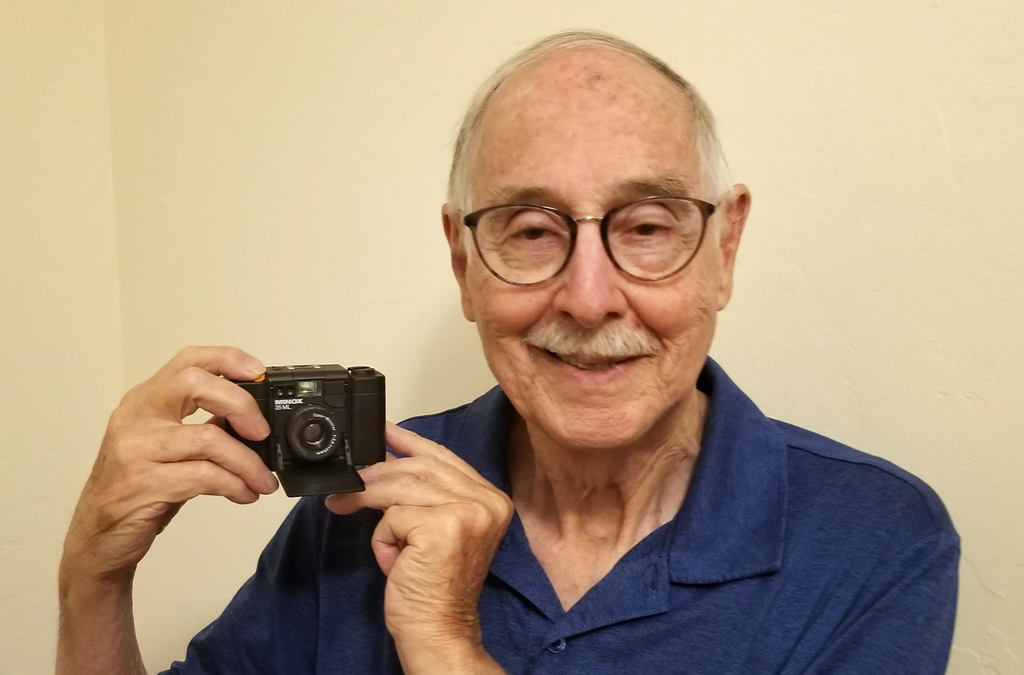