The Final Shoots: Chinle – Best of the West, Day 6

This is last of a series of six blogs about the AHPS workshop, “Best of the West”. I hope you enjoyed the series.

The final two shoots of your amazing Best of the West adventure are coming up.  Sunset tonight will be at an overlook to Spider Rock, and then tomorrow you get to venture into the depths of Canyon de Chelly.   As you make your way to the thin, towering structure that is Spider Rock, you wonder why it’s called Spider Rock because it certainly doesn’t look like a spider.  LeRoy answers your question with some of the history and legends of the Navajo.

Spider Woman is highly honored as a deity among the Navajo (Diné), and she chose the top of Spider Rock as her home.

She has two important roles in the Navajo stories: one as the teacher of weaving. Her husband, Spider Man, made the first loom, using sky and earth cords for the cross poles, sun rays for the warp sticks, rock crystal and sheet lightning for the healds, and a sun halo for the batten. The comb was made of a white shell.

Spider Woman’s other function in Diné society is to enforce obedience in children. They are told that if they do not behave, Spider Woman will carry them away to be eaten. The top of Spider Rock is supposedly white because of the bones of children she has eaten.

To photograph this amazing structure, you know that you’re going to have to use your tripod, cable release and the high dynamic range (HDR) technique to capture the best light on the towering formation, even though it’s below where you’re standing on the overlook.  As you set up and photograph you realize that some of the objects near the trees around the base are moving – they’re horses! The horses look to be the size of ants from this distance and it brings some perspective to how large this structure really is.  After sunset, it’s back to the hotel for dinner and sleep because in the morning, you get to travel into Canyon de Chelly.

Entering the canyon with your group, you feel like you’ve been transported back in time.  You see the structures that the ancient Navajo have left behind.  But you know that there are still descendants of those people still working and living here today.  There are actually three canyons in this location, Canyon de Chelly is the southern arm, the northern arm is called Canyon Del Mureto or Canyon of the dead and the third is Monument Canyon.  On your tour today you are visiting First Ruin which is at the entrance to Canyon de Chelly and Antelope House which is deeper into Canyon Del Mureto.  During your ride, your Navajo guides retell the stories from their past and bring that rich Navajo history to life for you at each stop you make.

The Zone system is definitely coming into play with the morning light and deep shadows in the canyon.  The instructor, LeRoy DeJolie, helps you and your fellow photographers understand the light and how to capture the best images of these structures.  He also suggests that taking a panorama image of the petroglyphs at Antelope House would make an outstanding image to add to your collection.  You set up for the panorama with your tripod and shutter release cable and LeRoy instructs you to shoot multiple images in portrait mode.  You take your test shot and ensure that your settings are correct by reviewing your histogram. Then you start with your first image, panning the camera slightly, take another shot, pan slightly, take another and so on until you know that you have captured the entire scene.  You will stitch these images together in post processing to create one image of the entire pictograph.  This is the last image you’ll take in the canyon before heading back to Phoenix today.

During your return trip you will be stopping at several historic locations such as the Hubbell Trading Post, La Posada Hotel for lunch in the Turquoise Room and have an opportunity to “Stand On The Corner” in Winslow, Arizona of Route 66, as sung in the famously recorded song, “Take It Easy,” by the Eagles.

Such grand things you’ve seen and the stories you’ve heard on your Best of the West Photography Workshop.  It truly was the best! This one will go down as your favorite trip with Arizona Highways PhotoScapes. 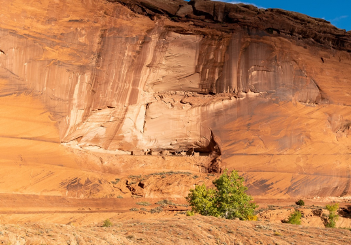 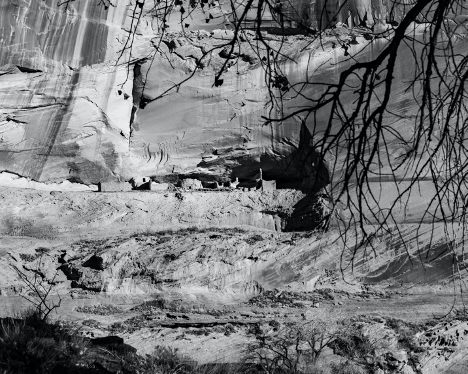 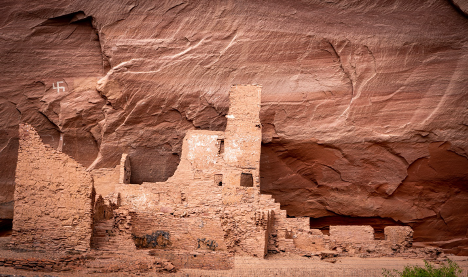 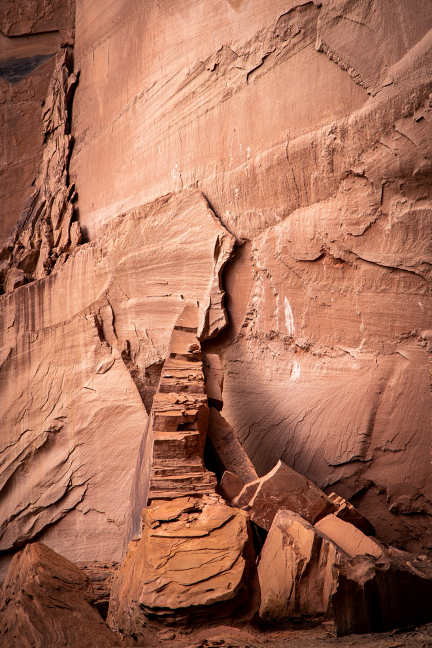 Susan Snyder is a Photo Guide with Arizona Highways PhotoScapes.