The Best Macro Diffuser Ever

About 15 years ago, when I began to get serious about macro photography, I found the learning curve to be a bit steeper than I had thought it was going to be.  The equipment needs were a bit different, the focusing more critical, stabilizing my equipment at macro distances from the subject was more challenging, and lighting my subject was a constant problem.  I purchased the best equipment available, learned how to use manual focusing and live view when it became available, used small tripods and bean bags for stabilization, and became more familiar with wired remote releases.  Unfortunately, getting the best lighting on my subjects continued to be an issue.

Because I had to get close to, say an insect, to obtain images of its eye or antennae, I found either my body or camera gear often shaded it from the natural light.  When I moved position, the subject became unattractively side lit.  Even more often the problem was the harshness of full sunlight or not enough light to make an image.

I found that more and more I was obligated to use a flash to light my subjects.  The flash was great and many of my lighting problems were almost solved.  Unfortunately, flashes can produce harsh light and cause secular highlights (those annoying little shiny spots reflecting from the surface of the subject).  I found that by diffusing the light from my flash I could produce an even and soft light.  Diffusion was going to be the final hurdle to my becoming a better macro photographer.

When you get a chance, search Amazon for flash diffusers.  The list of potential diffusers is almost infinite, and I may have purchased most of them!  Obviously, some are better than others, but I soon found that none were great.  They were difficult to use, made in China and never lived up to the hype, or did not produce the results I envisioned.  I made a few DYI diffusers that I really liked but they kept falling off my flash and lens in the field.

Finally, I found a few home manufacturers that made some promising diffusers that produced wonderful, great lit images. One was overseas in a country that even PayPal would not let me send money to, one was in Australia and took two months to be delivered, and one was in Florida.

I took a chance on the Florida person and I am so HAPPY!

The diffuser is custom made for my lens and flash, so it fits perfectly.  It is not loose, and it does not fall off in the field under heavy use.  The diffusion is amazing, and it is easy to use in the field or home.  The unit even has a built-in light to help me focus in low light or at night.  They made the diffuser in two days and two days later I received it in the mail.  The build is ingenious and extremely easy to assemble.  They even have a YouTube video to help you. The video shows how to assemble the diffuser and a little about how it works.

I purchased one unit for my Canon and one for my Olympus.

The manufacturer is ak_diffuser and can be found on Instagram.  Their email address is zamy_10@hotmail.com.

Here is the diffuser mounted on my Olympus camera with the 60mm macro lens.  This first image is a side view, the second a top view, and the third from the front.

Note on top of the diffuser is a white piece of plastic.  This can be removed and placed below the lens to produce some fill light (ingenious). 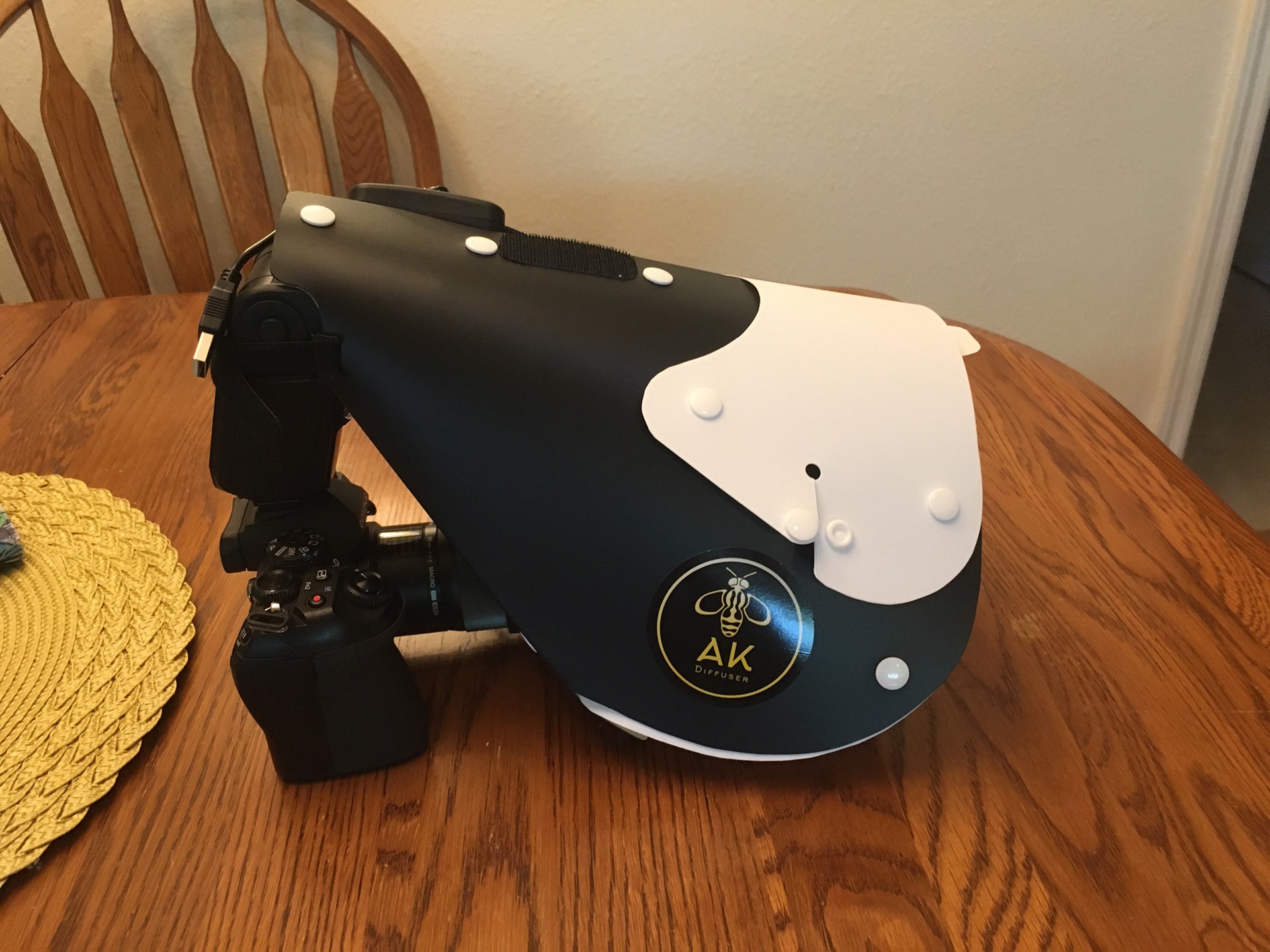 If you order one you need to contact them directly so they can let you know what measurements they need so that the diffuser will fit your equipment perfectly.  Be confident that they will meet your needs. I was amazed at how friendly and communicative they are. 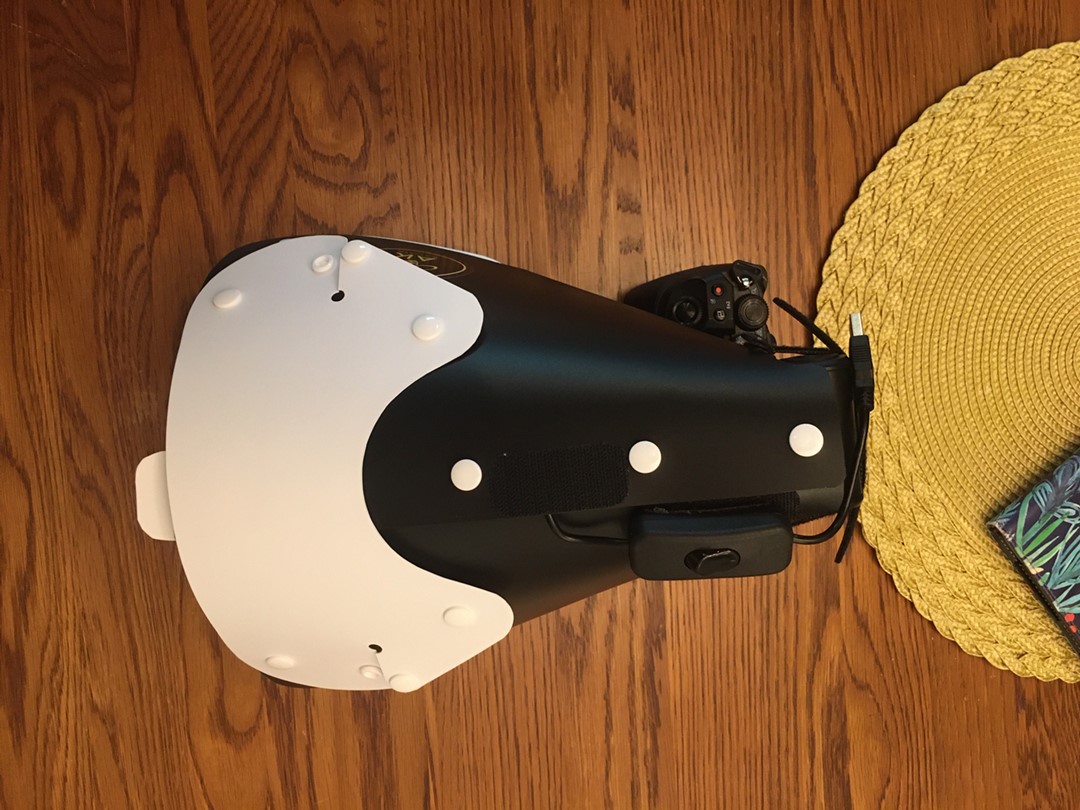 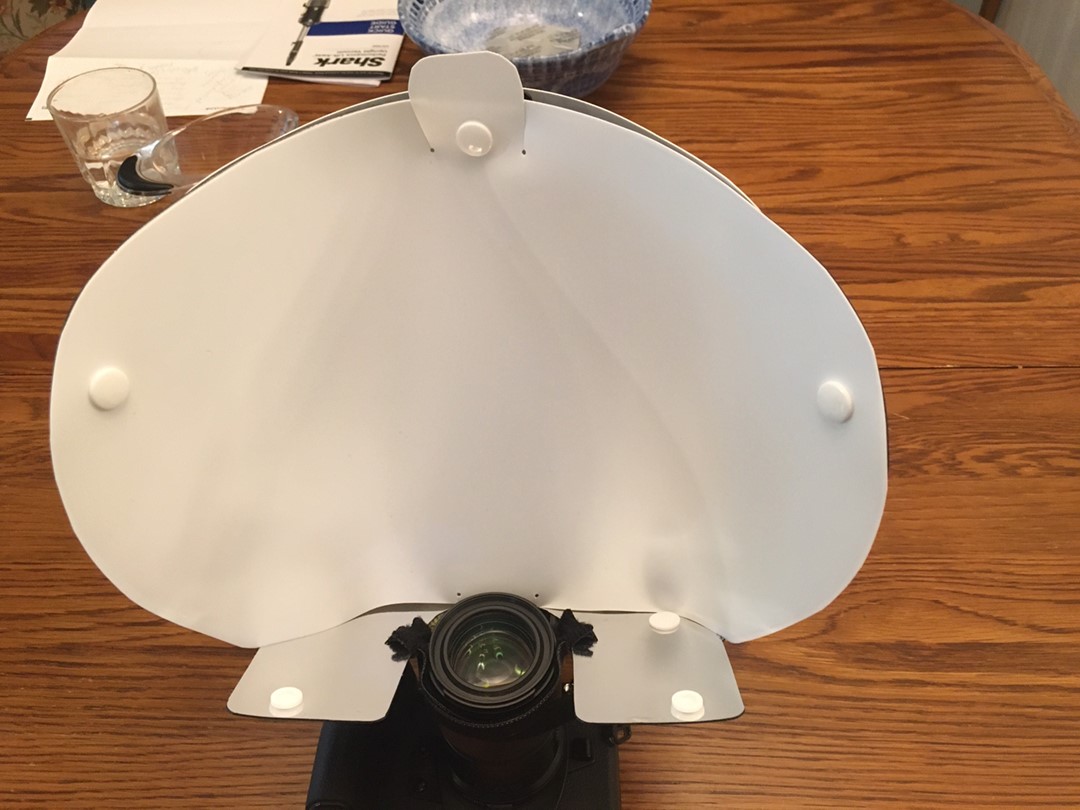 This is an image of a sleeping long-horn bee using the diffuser.  This final image is stacked from about 25 images. 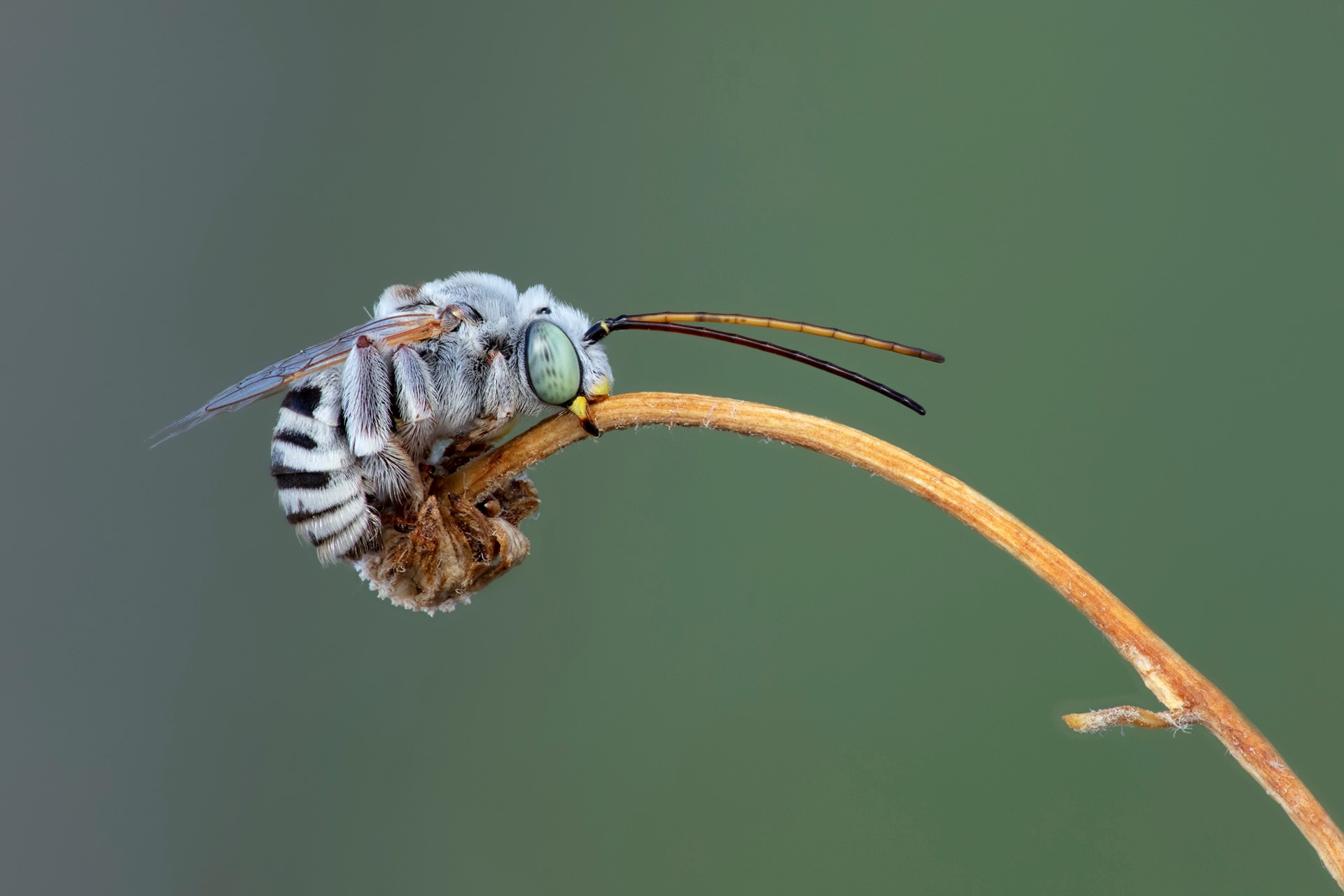 A single shot of a male digger bee. 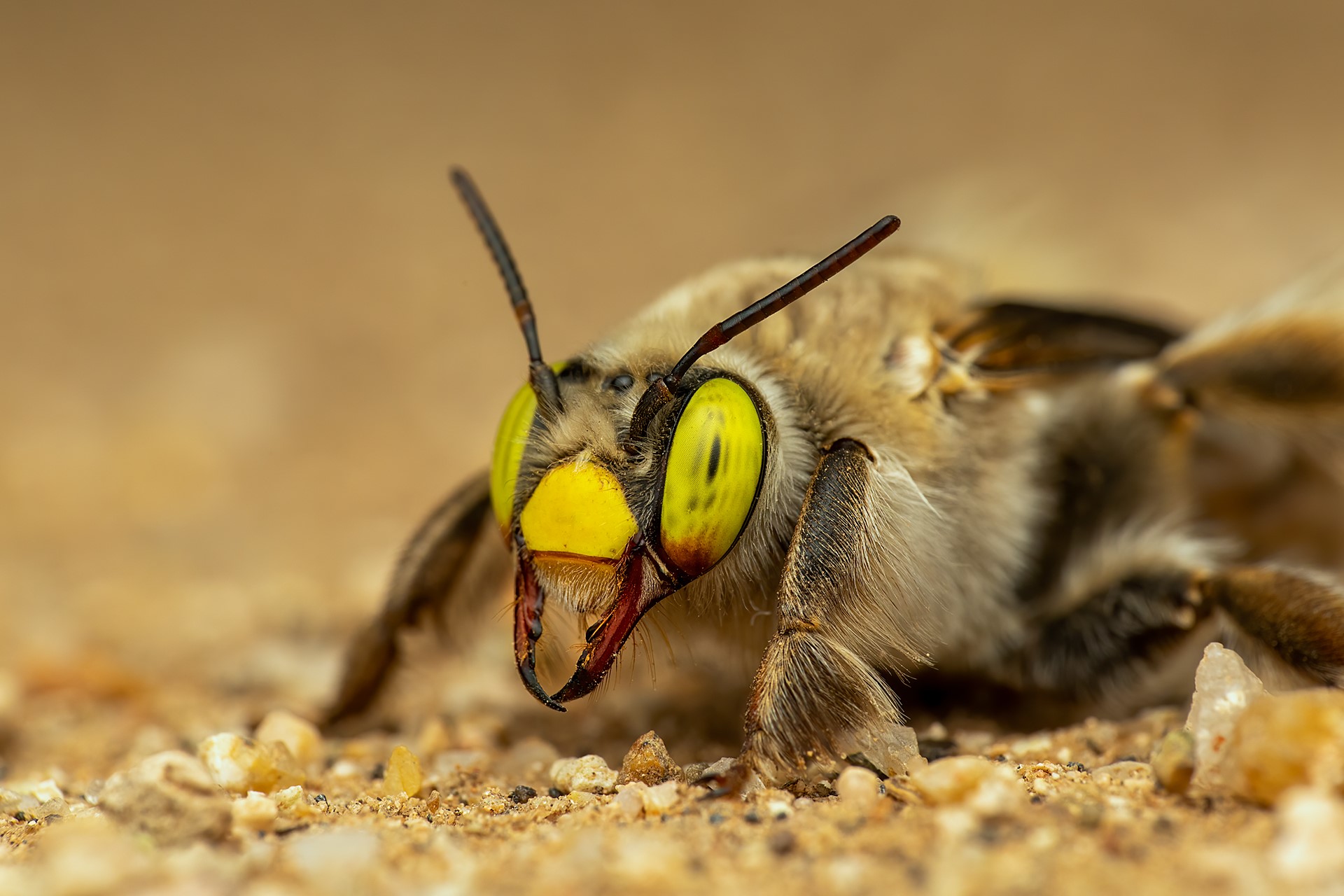 A single image of a beautiful red-eyed bee. 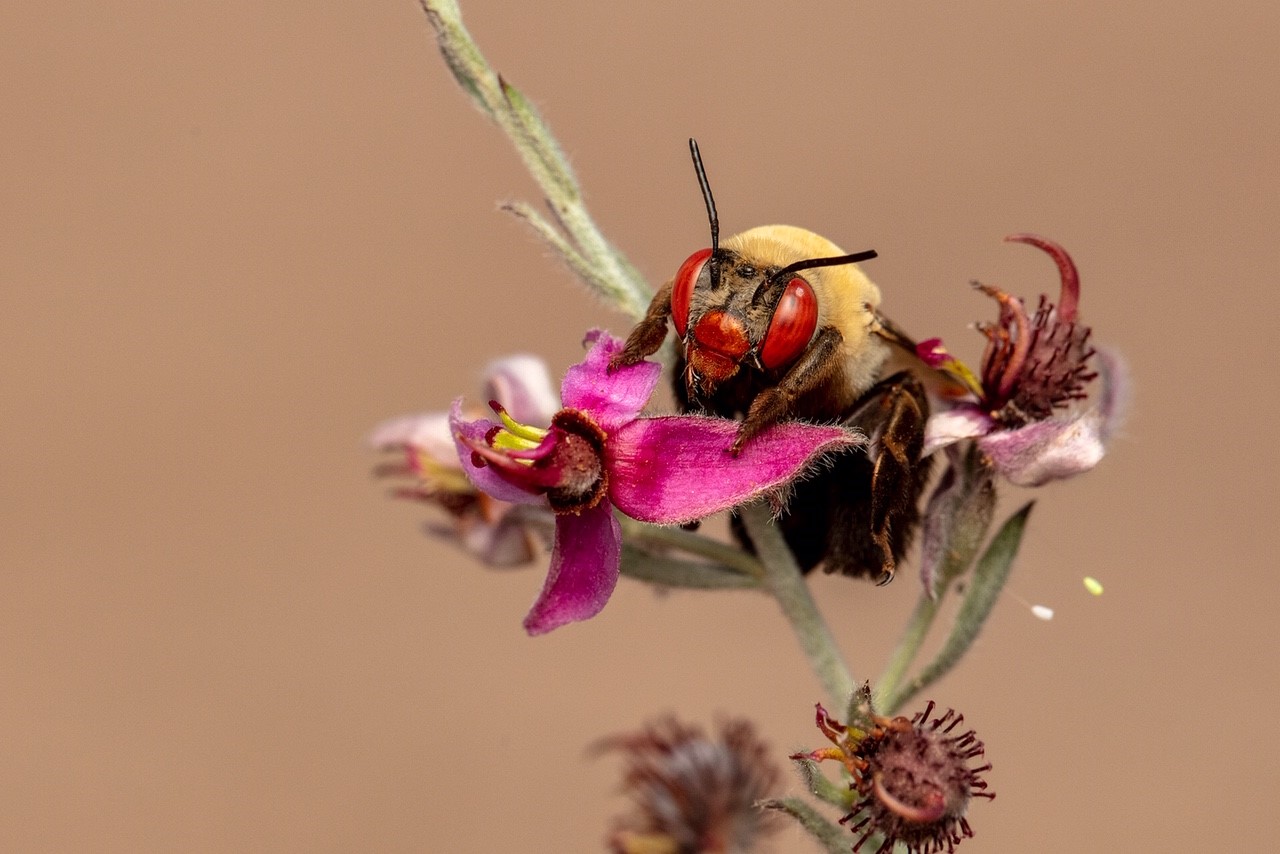 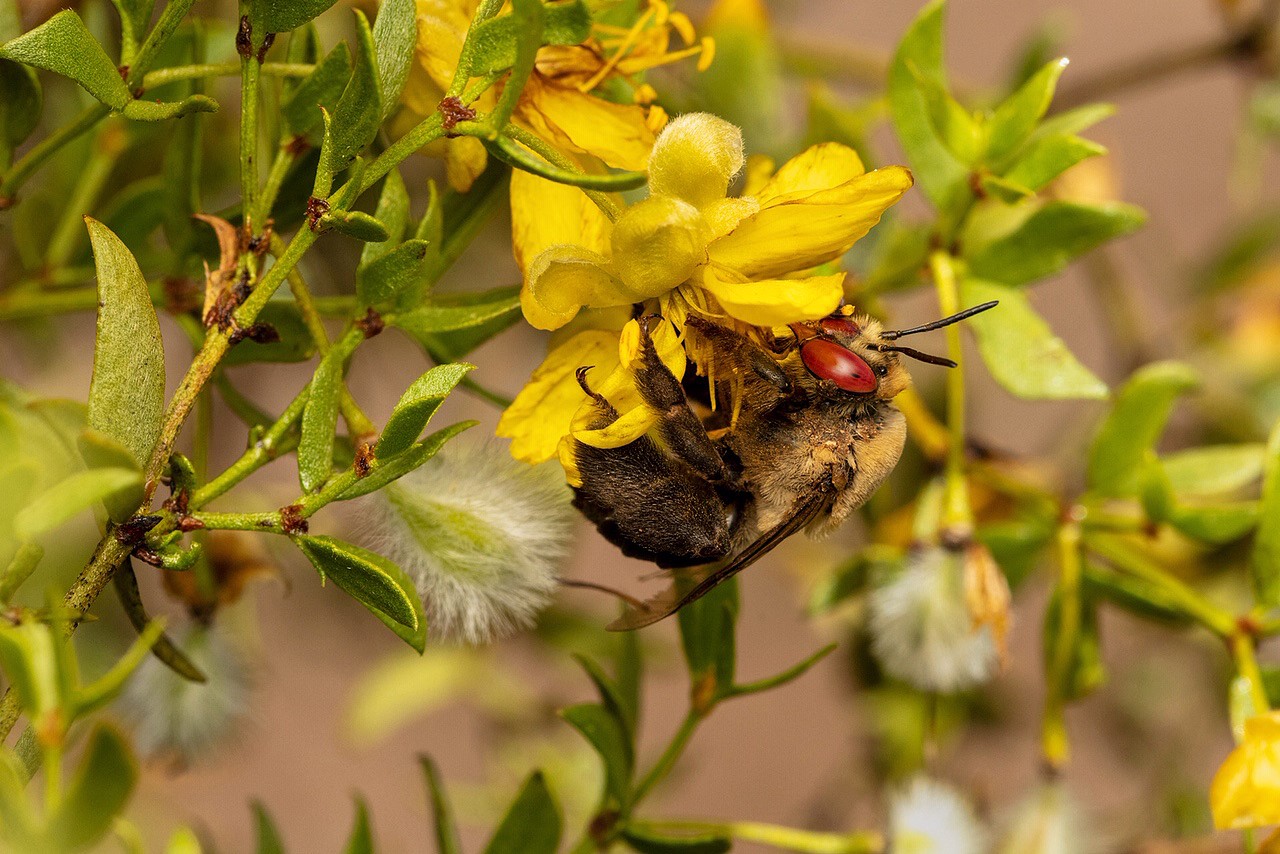 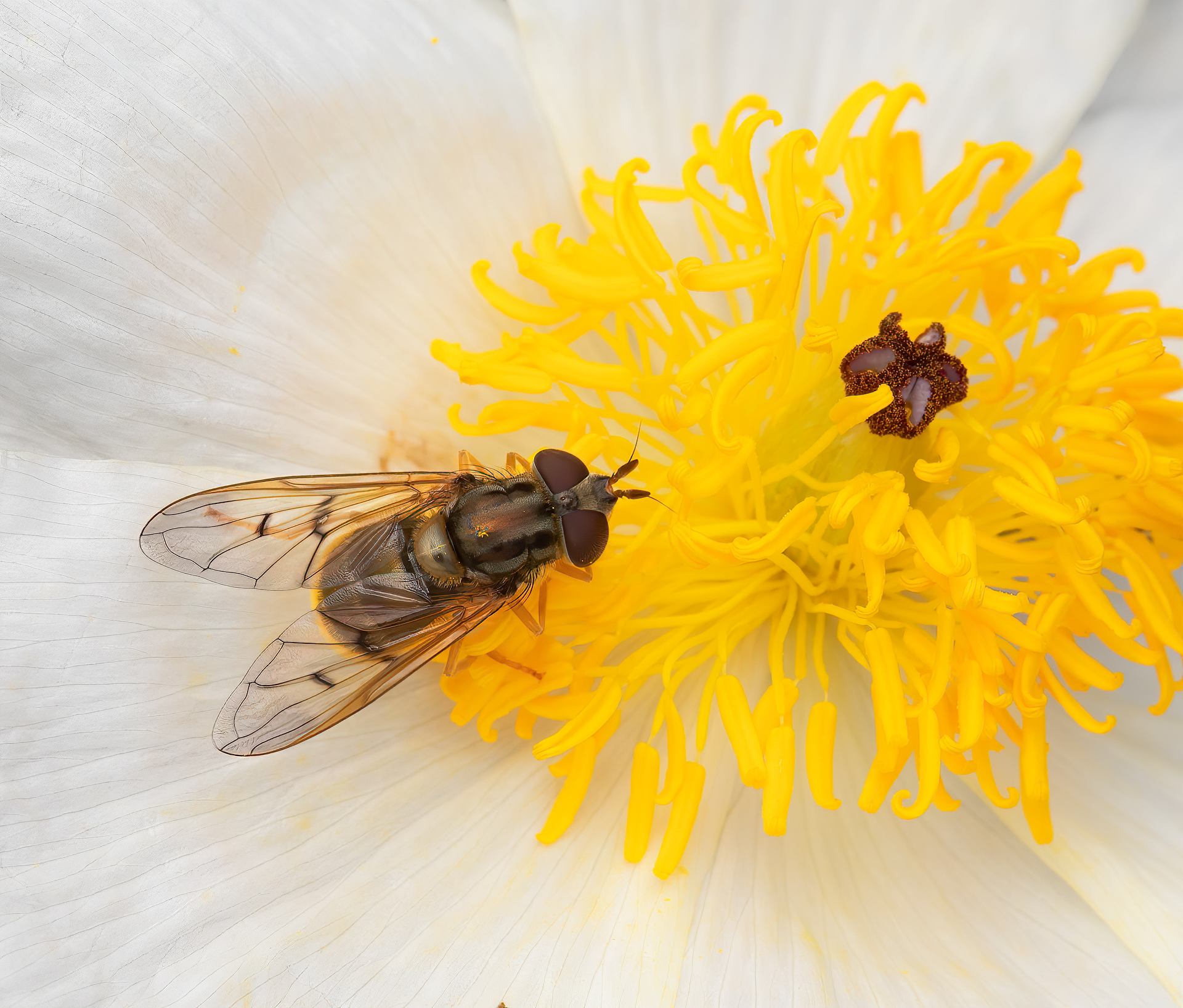 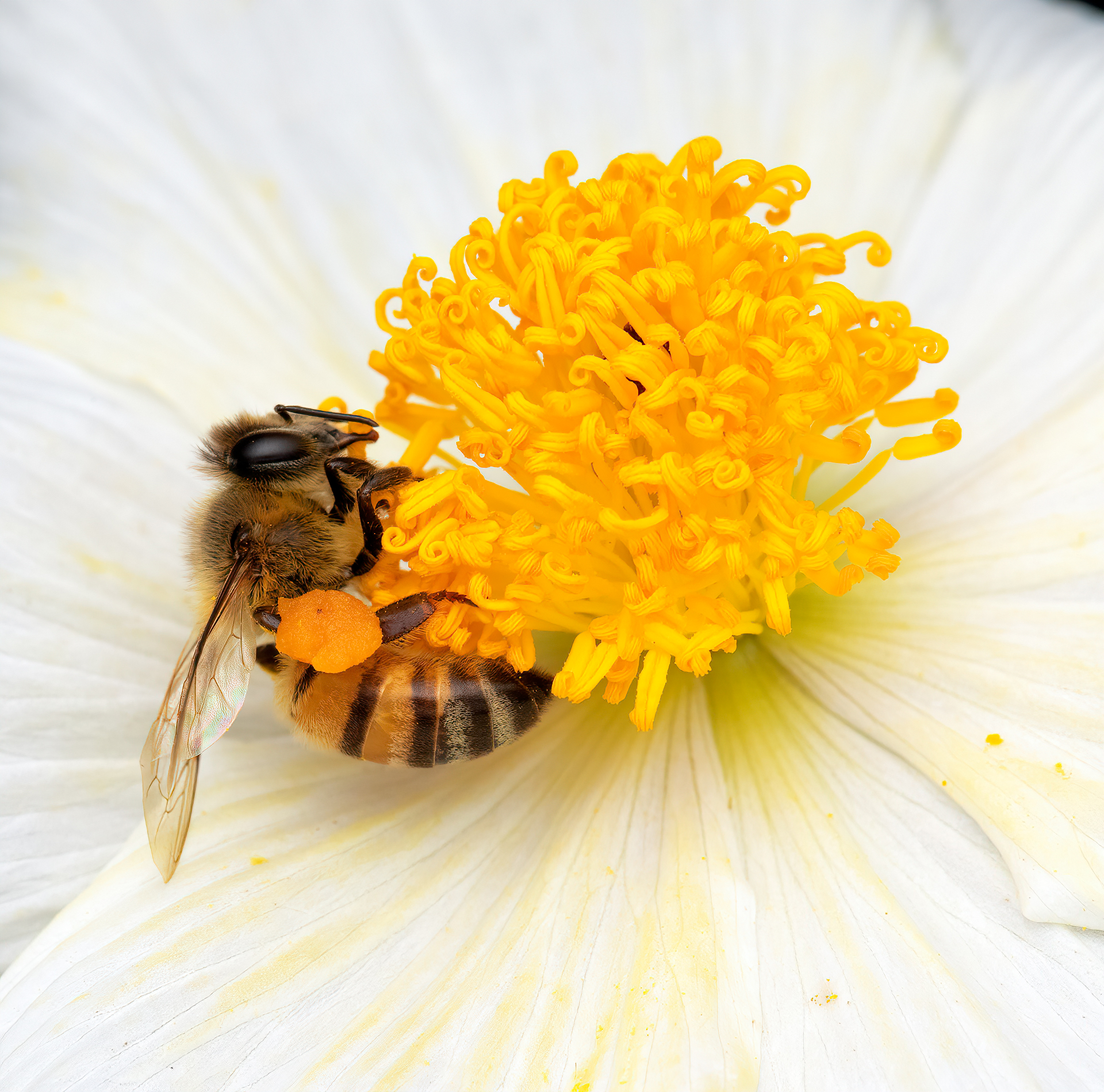 Although I ordered the diffuser for my Canon camera using the measurements from my 100mm macro, the unit works just as well using my 180mm macro.  My point is even though the diffuser is built for a specific set up there is some flexibility in using it with different lenses and probably different flashes.

I have only had the diffuser for a few weeks and cannot wait until the monsoon gets in full swing so I can get more insects to photograph using this diffuser. My bottom line is that it is easy to use, gives me better results than any diffuser I have used to this date, and it is made in the US and easy to have shipped.  The manufacturers, Amir and Kamir are extremely easy to work with and they want to make sure you are satisfied with your purchase.  As I said, the diffuser comes with an internal light for focusing but the power source must be purchased separately.  Not a big deal, I got mine in two days from Amazon.

Here is a link to the diffuser info

Bruce D Taubert is an Instructor with Arizona Highways PhotoScapes