I tried to be a landscape/nature photographer. I really did, but I find that my minimalism gets in the way. To be a successful nature photographer you need gear. Gear is heavy. At the time of this shoot, I was lugging around a Canon 7D, tripod and several lenses. I learned that to photograph flowers you also “need” a diffuser for the harsh sunlight, maybe a “plamp” (a plant clamp to hold flowers still in a breeze), and perhaps a dark piece of cardboard to give yourself control over busy backgrounds.  A remote or wired shutter release is necessary so you don’t bump the camera on the tripod when releasing the shutter. 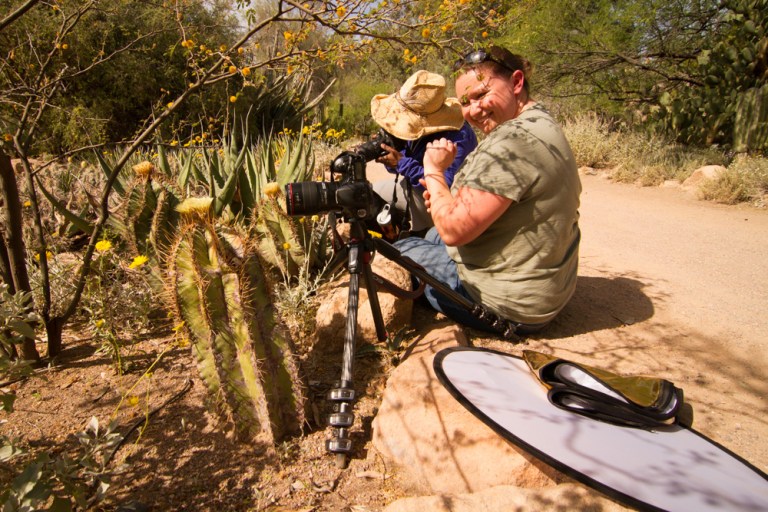 In my first couple of workshops, I learned how the tripod is a landscape photographer’s best friend. It provides for sharp images while using slow shutter speeds due to low light. And of course, you need several lenses to have variety. I had a long lens, a wide-angle, and a macro. The backpack I used to carry the gear was heavy. What I found out about myself and evolved into as a photographer over these last six years has allowed me to whittle my gear down, drop my backpack size, and take with me only what I really use. The less gear I have to manage, the more time I have to shoot. But let’s not skip ahead. 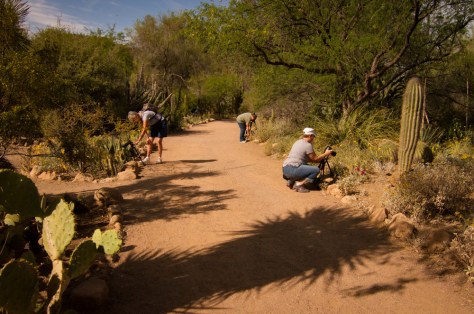 March in the desert southwest is beautiful. Quite often there are amazing cactus and wildflower blooms and plenty of locations to photograph. However, not that year. 2015 was a less than stellar year in nature’s wildflower industry so we opted for one of Arizona’s State Parks: Boyce Thompson Arboretum near Globe, Arizona east of Phoenix. There was plenty on this beautiful property to keep us busy for two days. 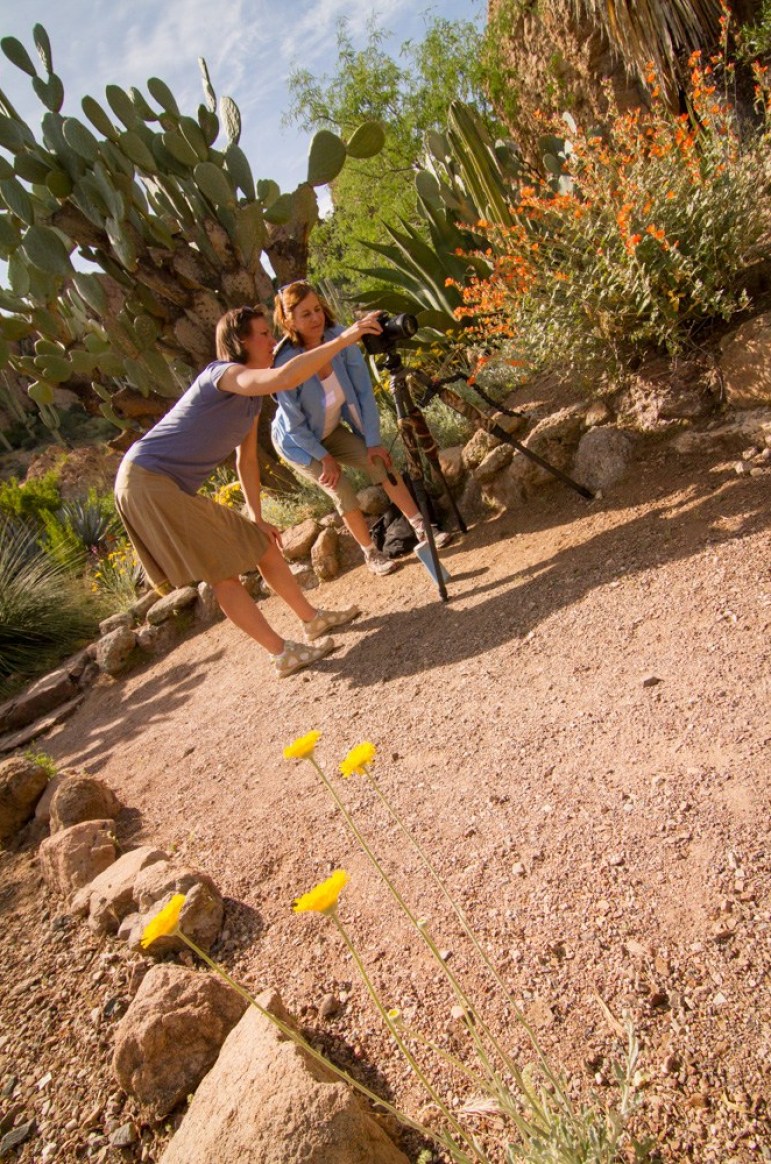 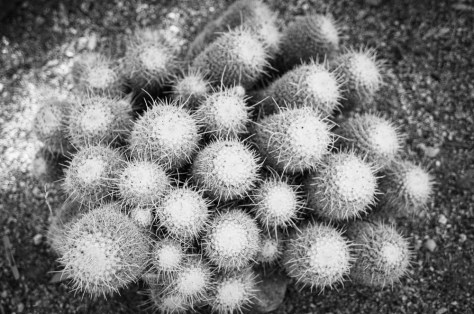 Black and white images can be dramatic and powerful, especially when shooting urban scenes. I tend to turn nature images into black and white when A) the color is not a significant part of the image, or B) I can’t get the color right in post-processing. 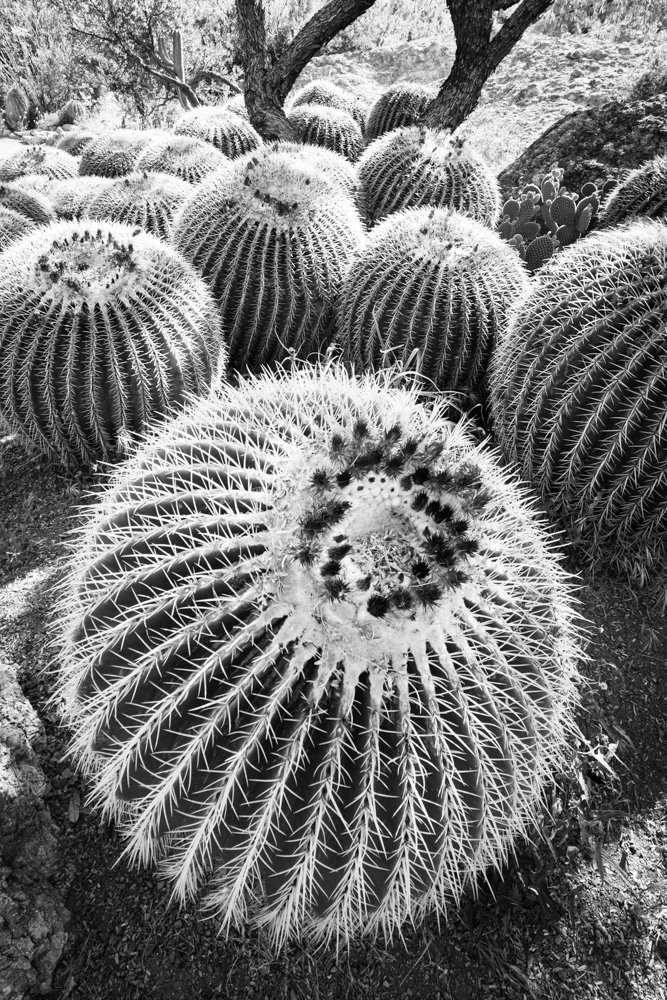 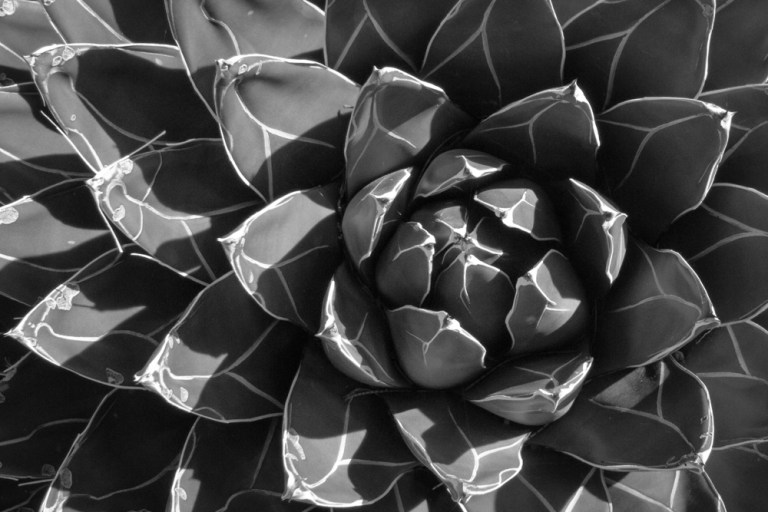 This image was full of contrast, a result of shooting it in mid-day light. I didn’t use my tripod or diffuser. To help with that issue I turned it into a low contrast black and white image. 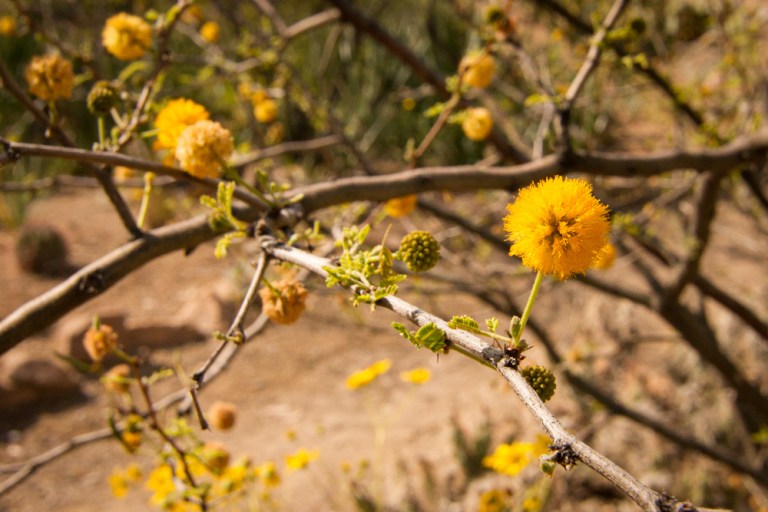 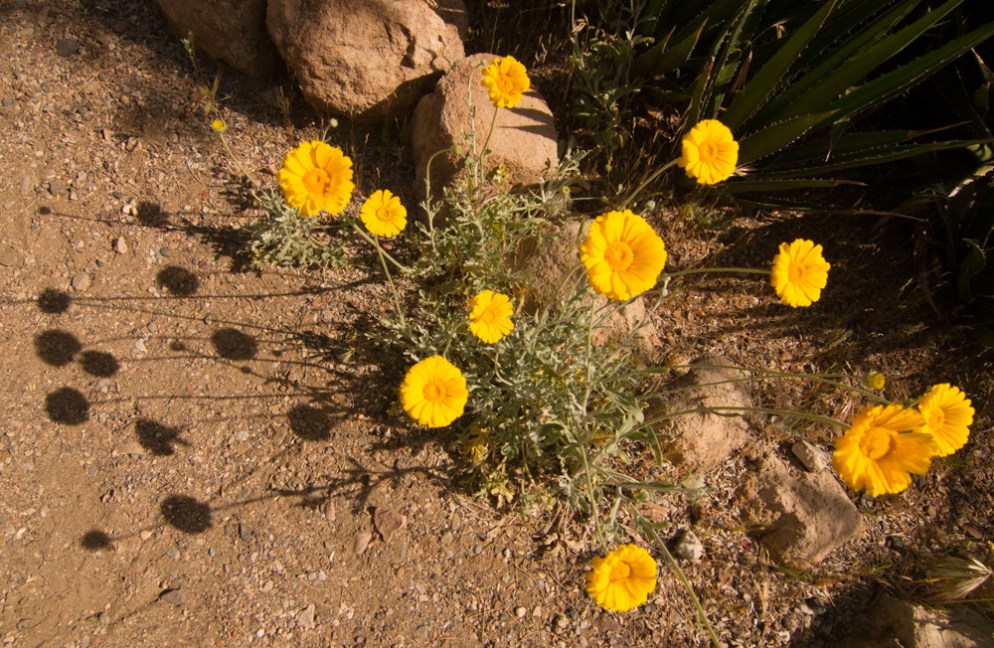 I believe it was this workshop where I first began really noticing and being fascinated with shadows. 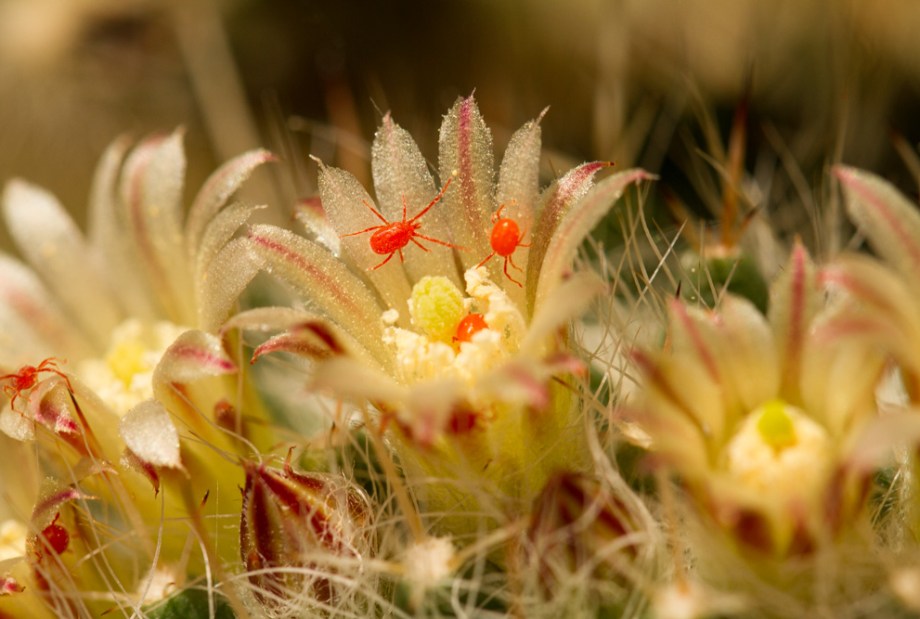 I did break out my macro lens and capture these little red guys crawling all over a cactus flower. 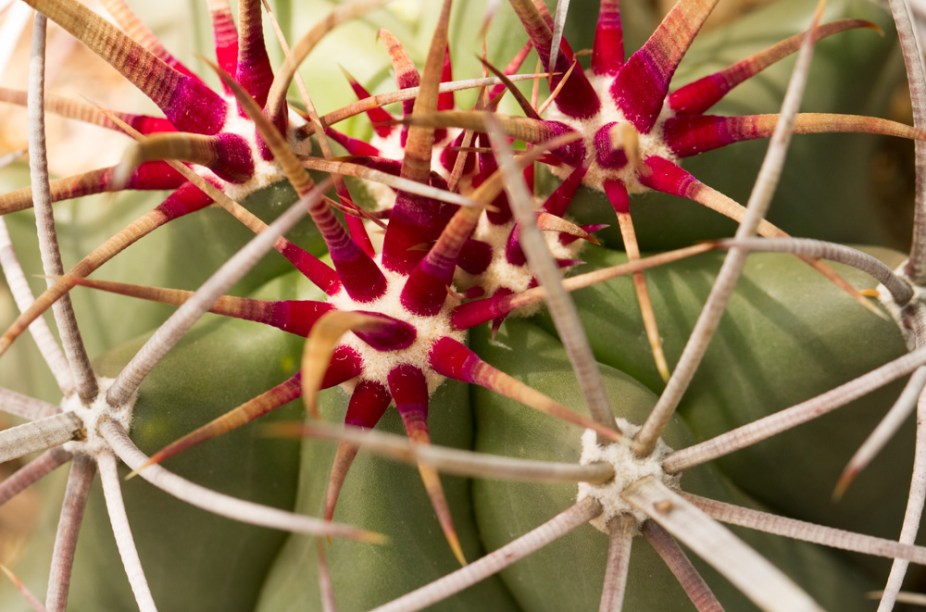 Nature’s patterns are everywhere! Shooting macro without a tripod can be difficult as the depth of focus is sometimes as thin as a credit card. Few people can hold steady enough to keep the subject in focus at that level. What I began to realize but couldn’t articulate for several more years is that I’m more of a close-up photographer as opposed to true macro photographer. 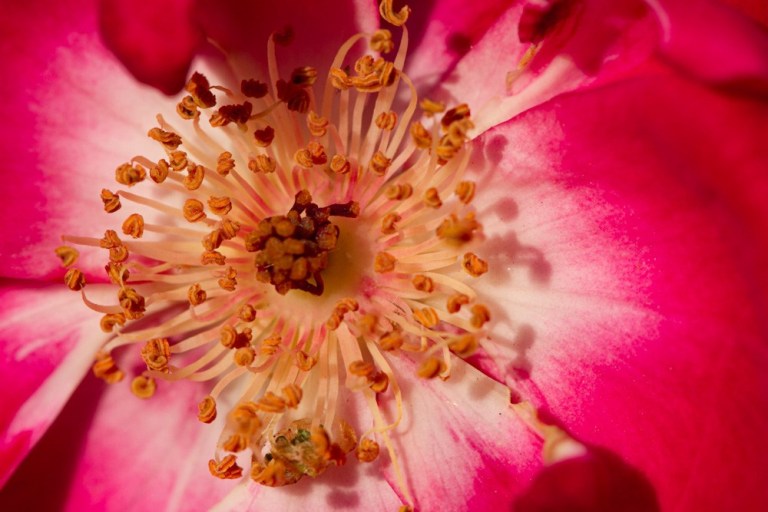 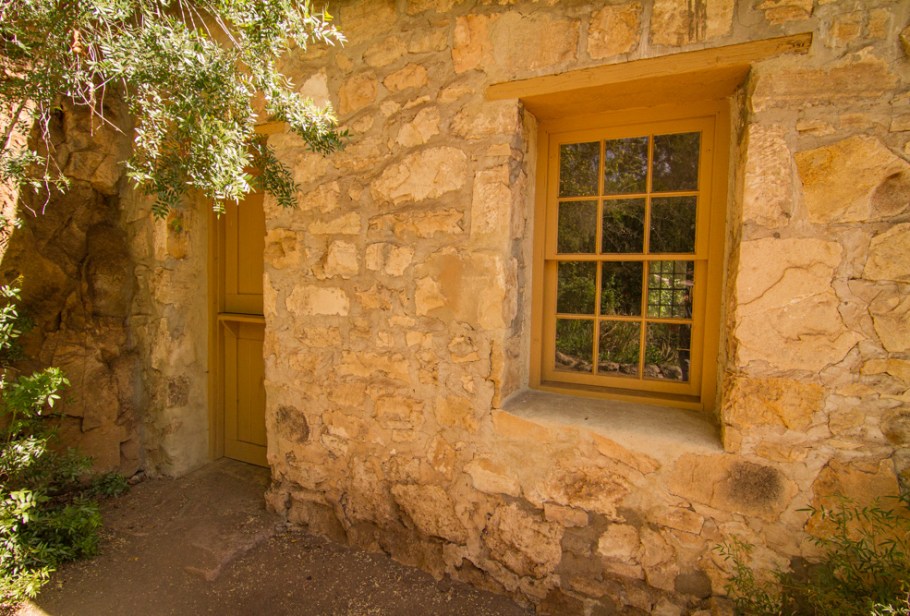 But, at the end of the day, my favorite images were things made by “man” in beautiful surroundings. 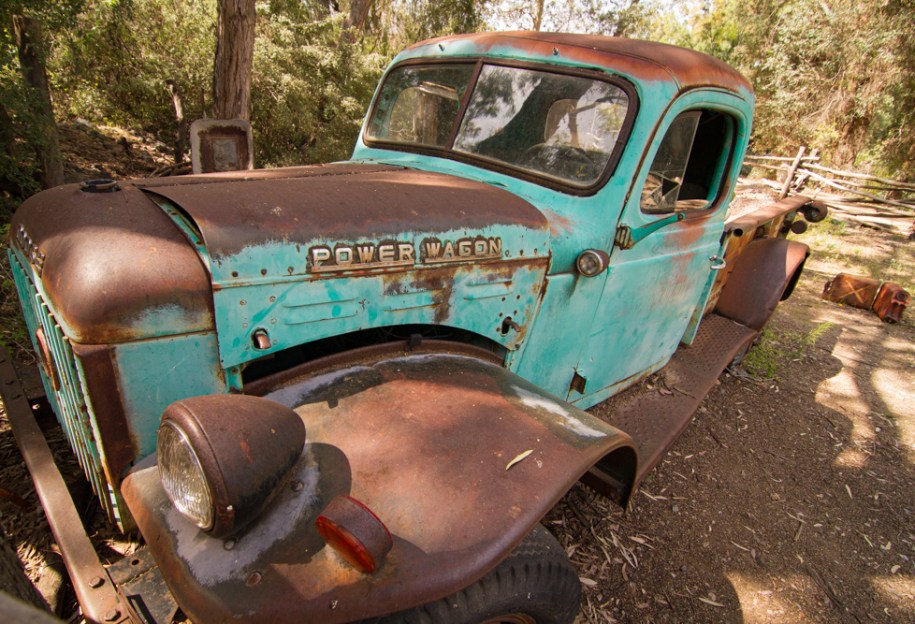 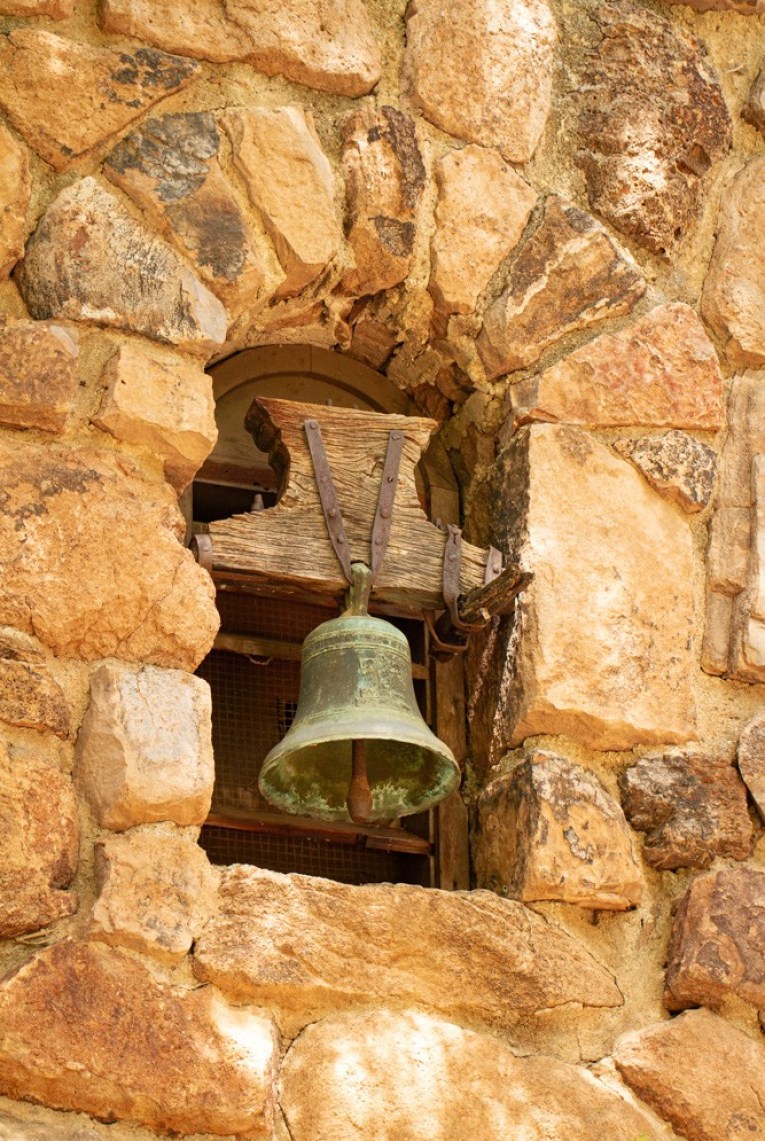