This morning we woke up early to take a drive out to see snow less than 30 minutes from our house. This is a rare occurrence, even in winter here. We went to an area northeast of Phoenix and Scottsdale. There were several other vehicles out with people and families enjoying this cold, white stuff. 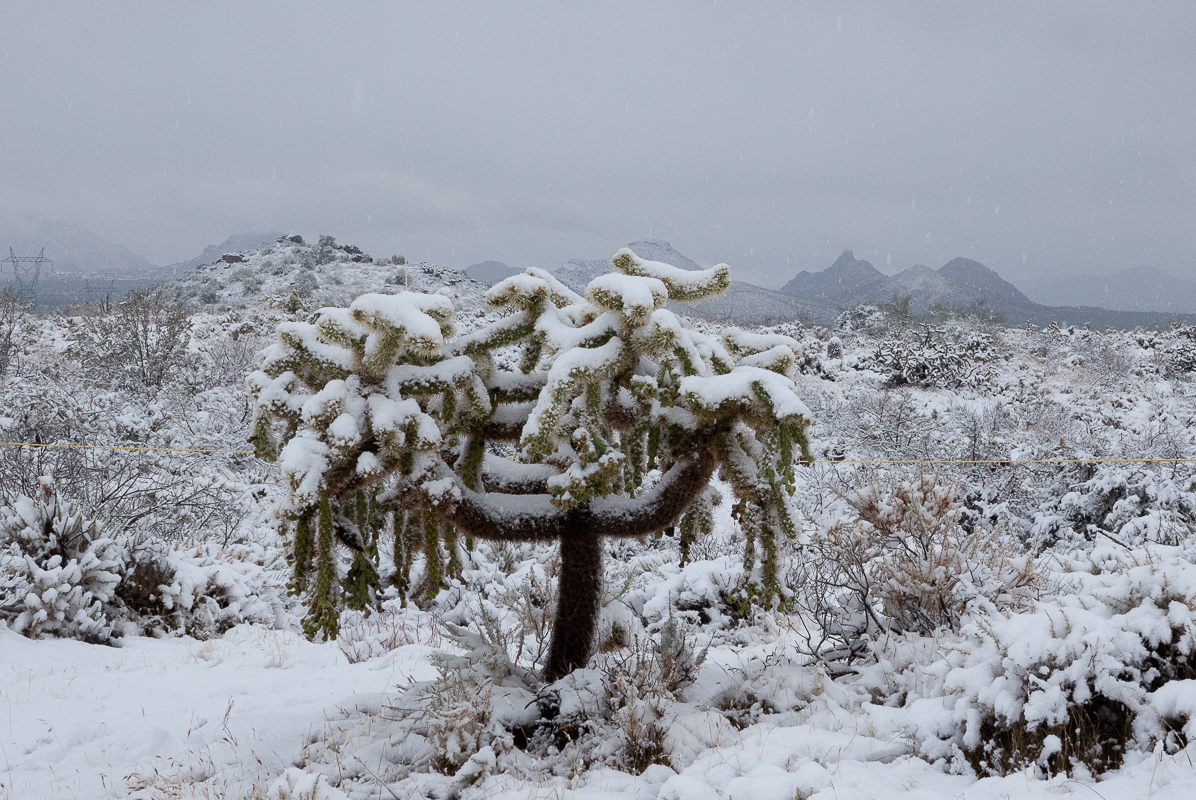 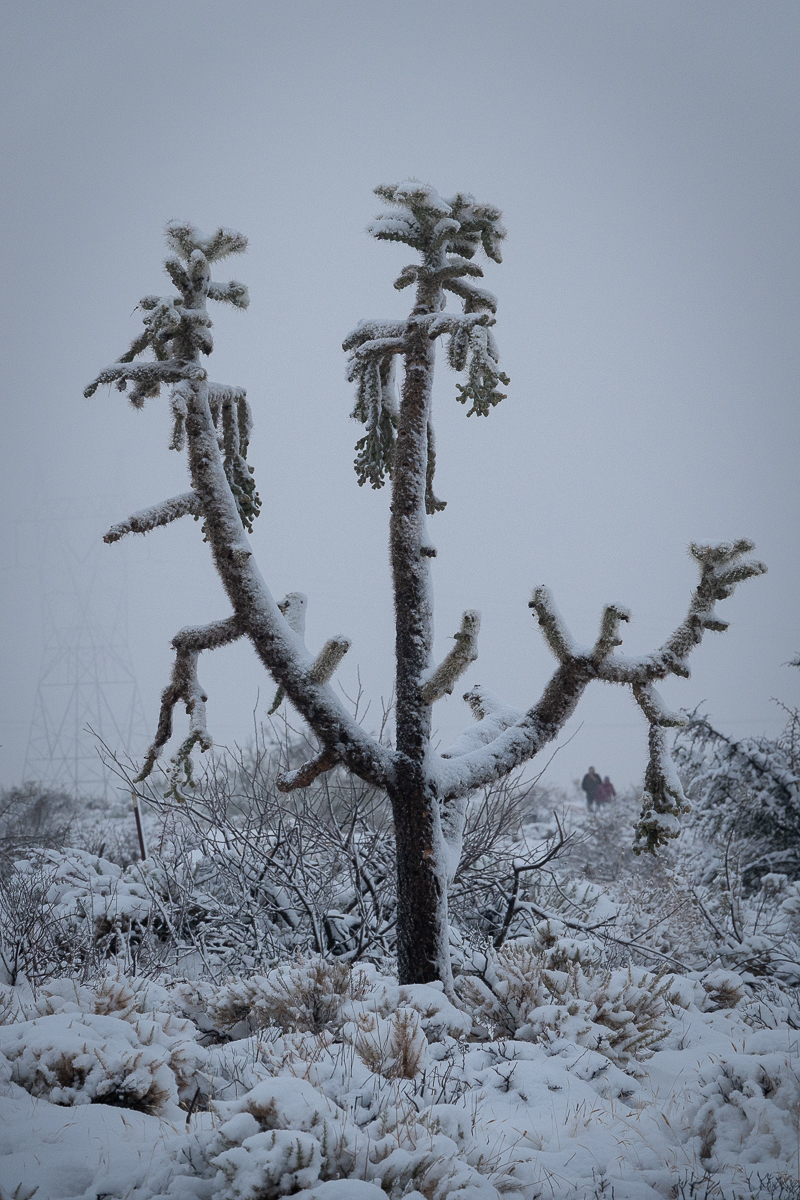 Because of the cloudy skies, light snow falling and some low fog, the photos almost look like they’re black and white.

Another interesting moment was seeing some white tailed deer grazing not far off the road. Light snow was falling. 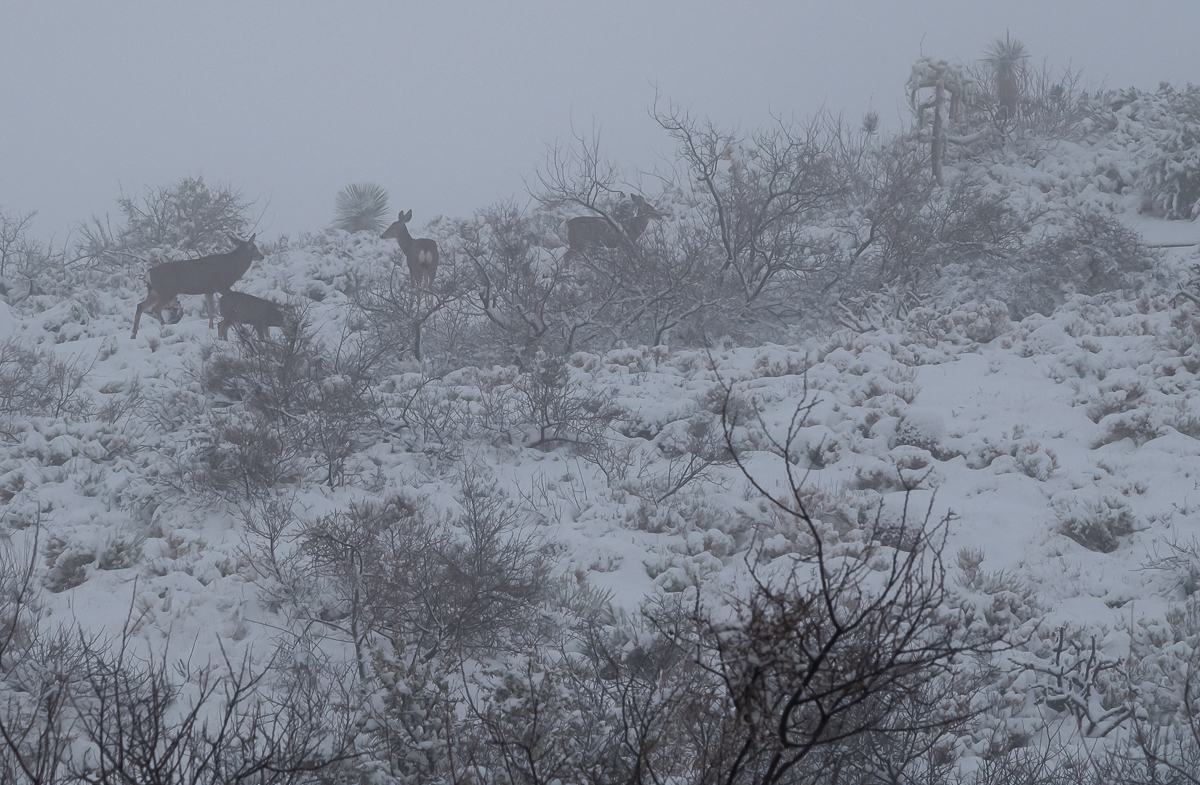 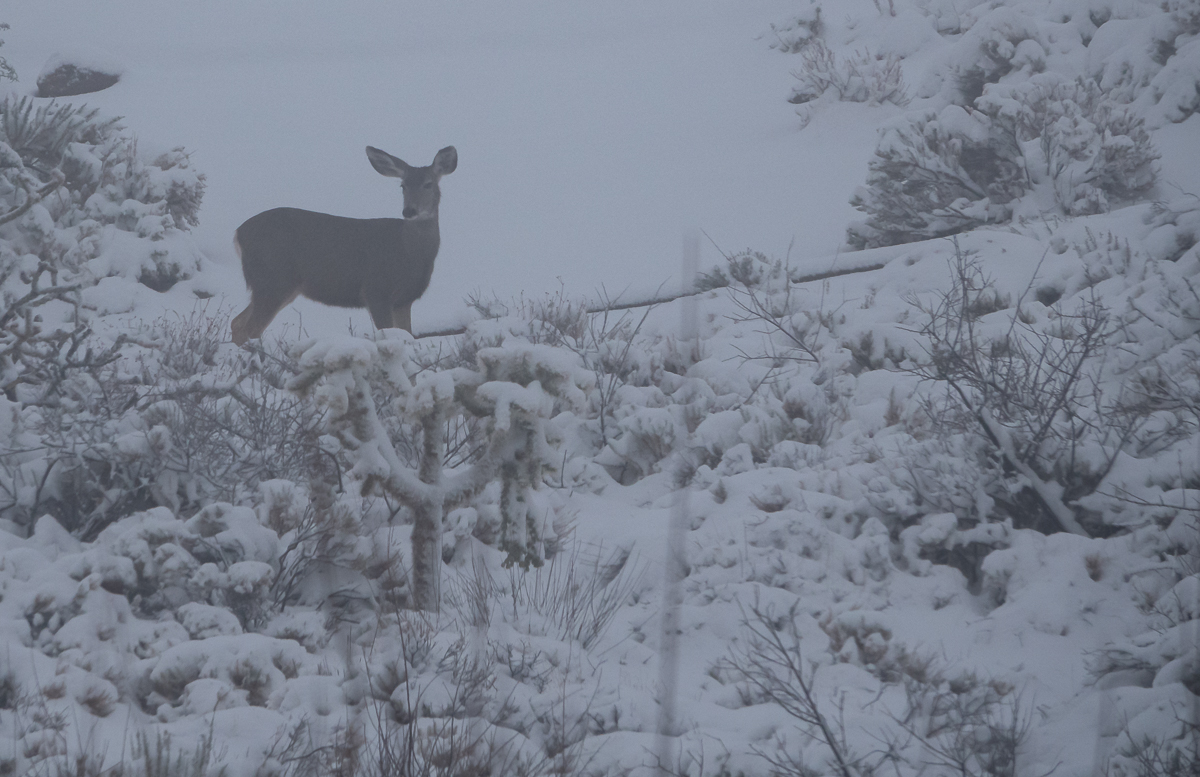 In all, we spent about 90 minutes walking around, enjoying the snow and light snowfall and being bundled up (a very rare occurrence in the Valley of the Sun).

All photos except the headline photo (iPhone12maxpro) taken with Sony RX10m4.

Jeff Insel is a Photo Guide for Arizona Highways PhotoScapes.