It started on a beautiful spring day in May 2008. I was a Volunteer Escort in training, for Arizona Highways Photo Workshops. This was my second time on a multi-day workshop, and it was going to be a new adventure to places I had never seen or heard of before.

Our trip started in Phoenix where we picked up 10 participants, 3 were meeting us in Page AZ, two Volunteer Escorts and me. We would be traveling by small bus to Page AZ which would be our base for the next 4 days.

After a couple rest stops in Camp Verde and Cameron Trading Post, we arrived in Page. We had a great brunch, got settled into our rooms, and then left for a sunset shoot overlooking Lake Powell.

Our second day started early, and I mean early—we left at 4:00am for a sunrise shoot at Little Cut just a few miles south of Page off Highway 89. Here we found rock formations in the form of beehives. The air was very hazy but there was great light on the colorful rocks and trees as we looked toward the Vermillion Cliffs. 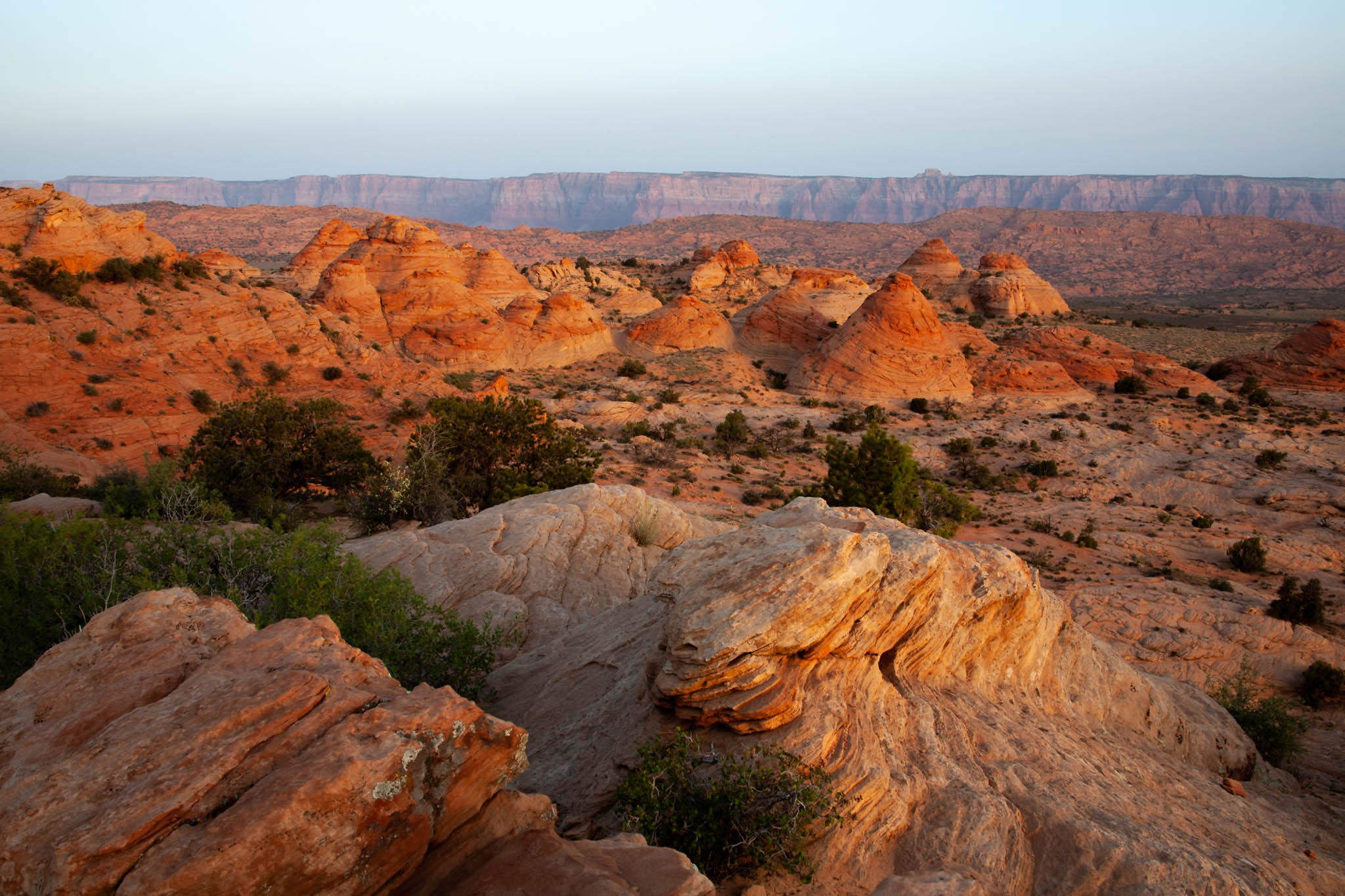 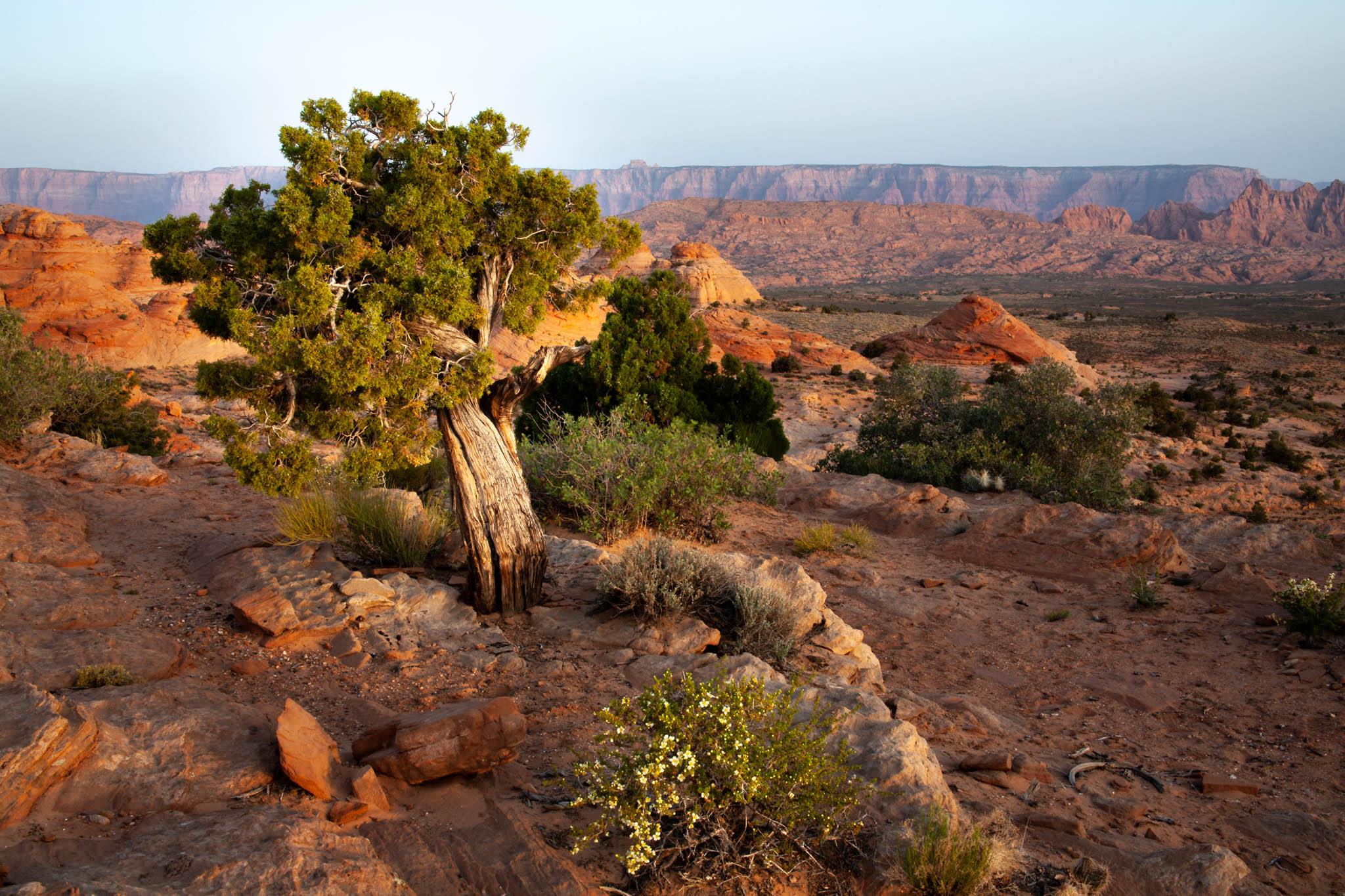 After breakfast we headed to Lower slot canyon, also known as Lower Antelope Canyon, to catch the light beams coming through the slots of the canyon. The light beams come in at a specific time of day and today it would be 10:30am. Lower Antelope Canyon requires gradually descending between narrow sandstone walls using many steps and ladders totaling about 130 stairs. The canyon is shaped like a V, wider at the top and narrow at the bottom making passage difficult in some areas. 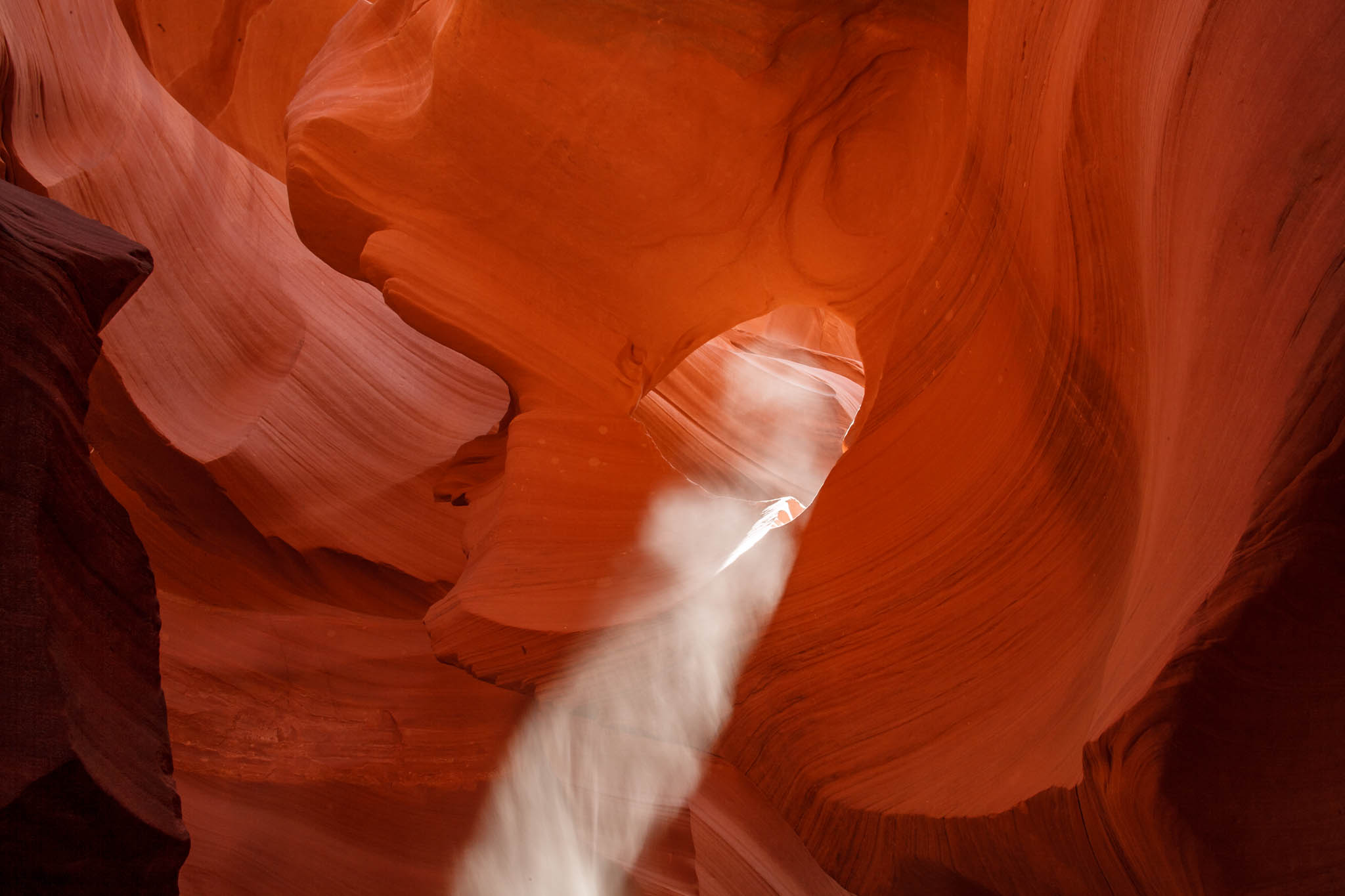 Our next stop, Horseshoe Bend, overlooks a horseshoe-shaped bend in the Colorado River of Glen Canyon. The hike is about 1.5 miles round trip, flat terrain up and down hill. The hike back is a bit tough as it is mostly uphill. The view is quite spectacular with a height of 1000 feet above the river. There were no fences back in 2008, but they have been added for those needing a little more safety, yet brave souls can go beyond the fences if they so desire. 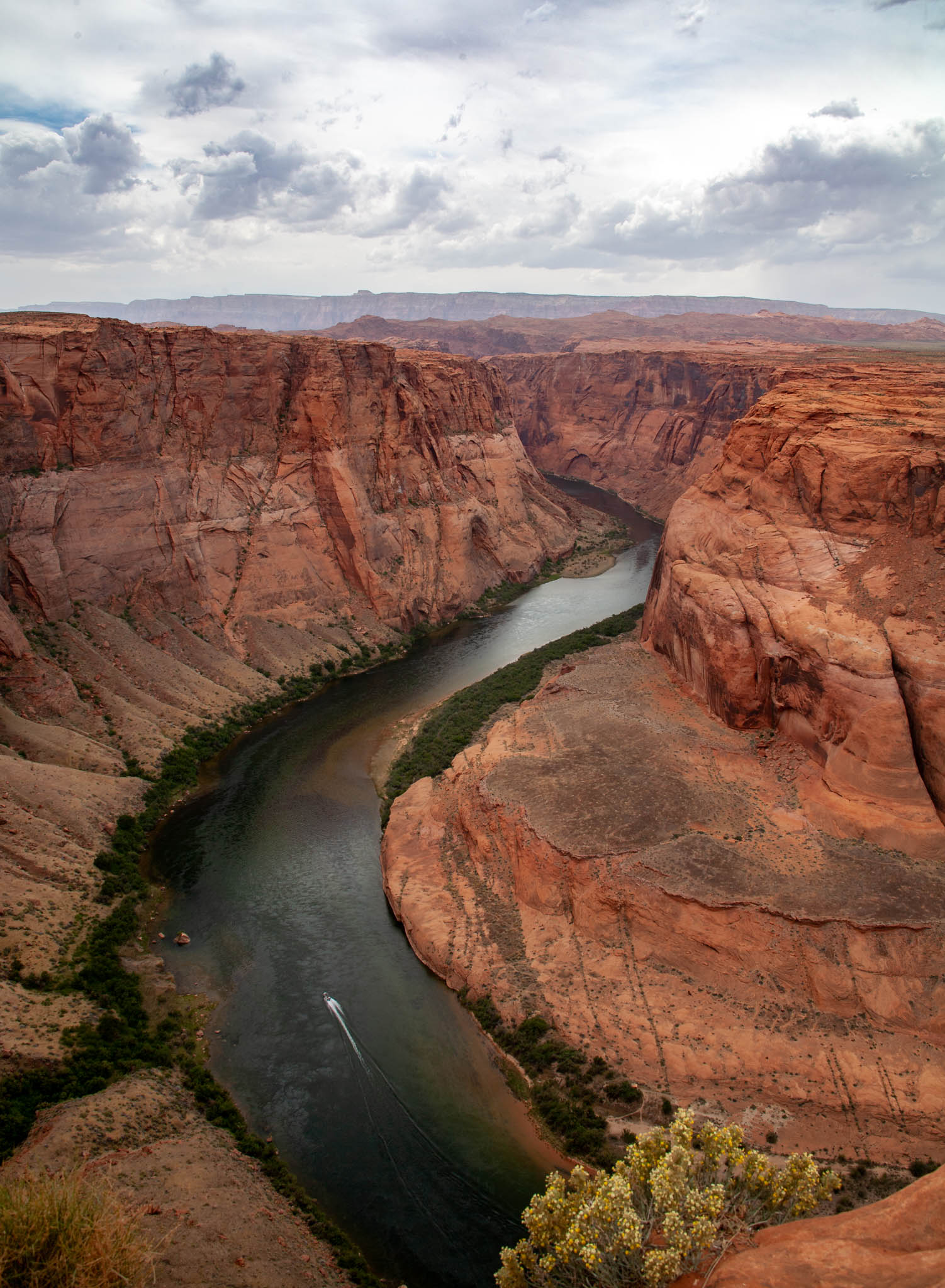 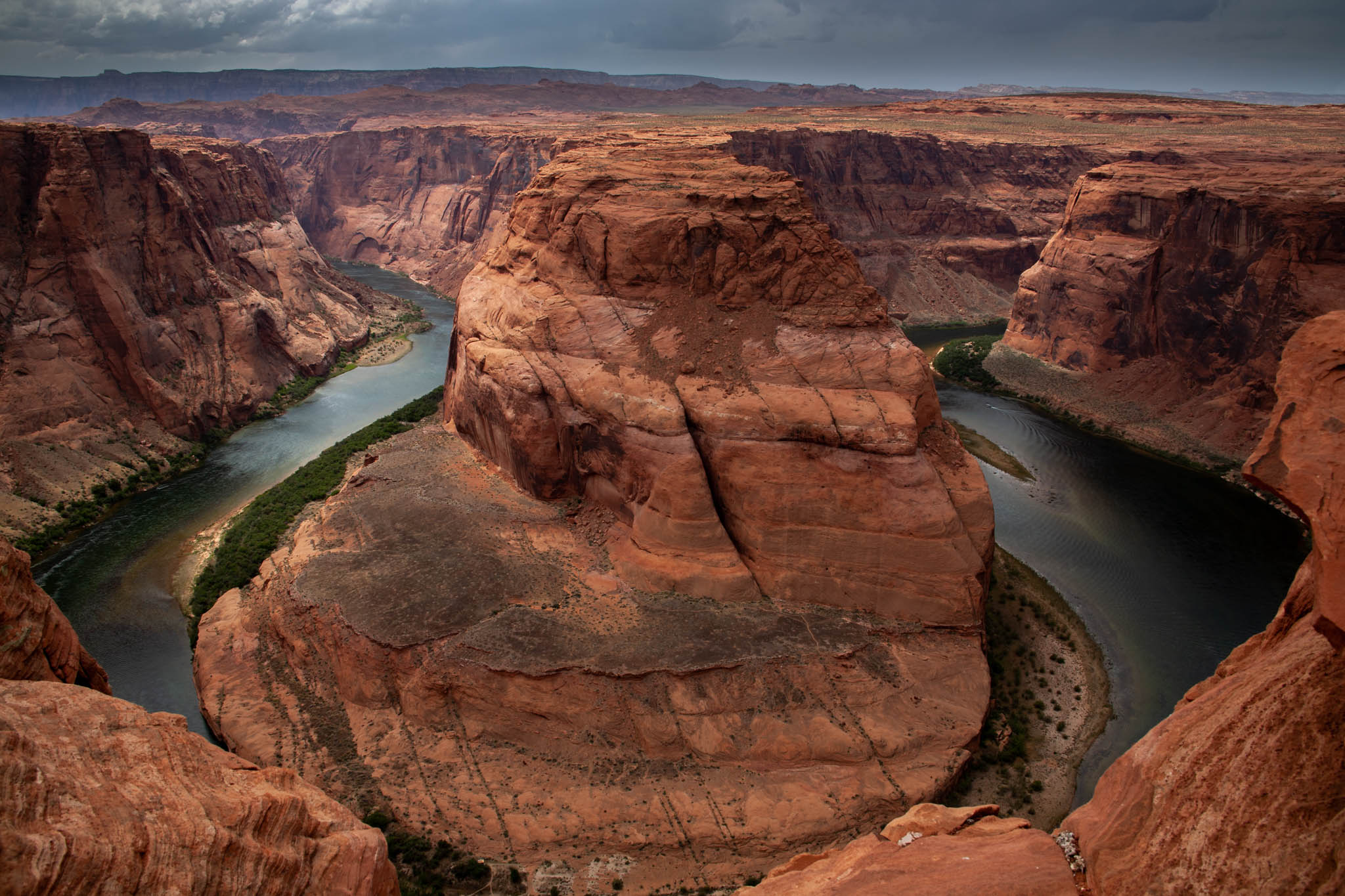 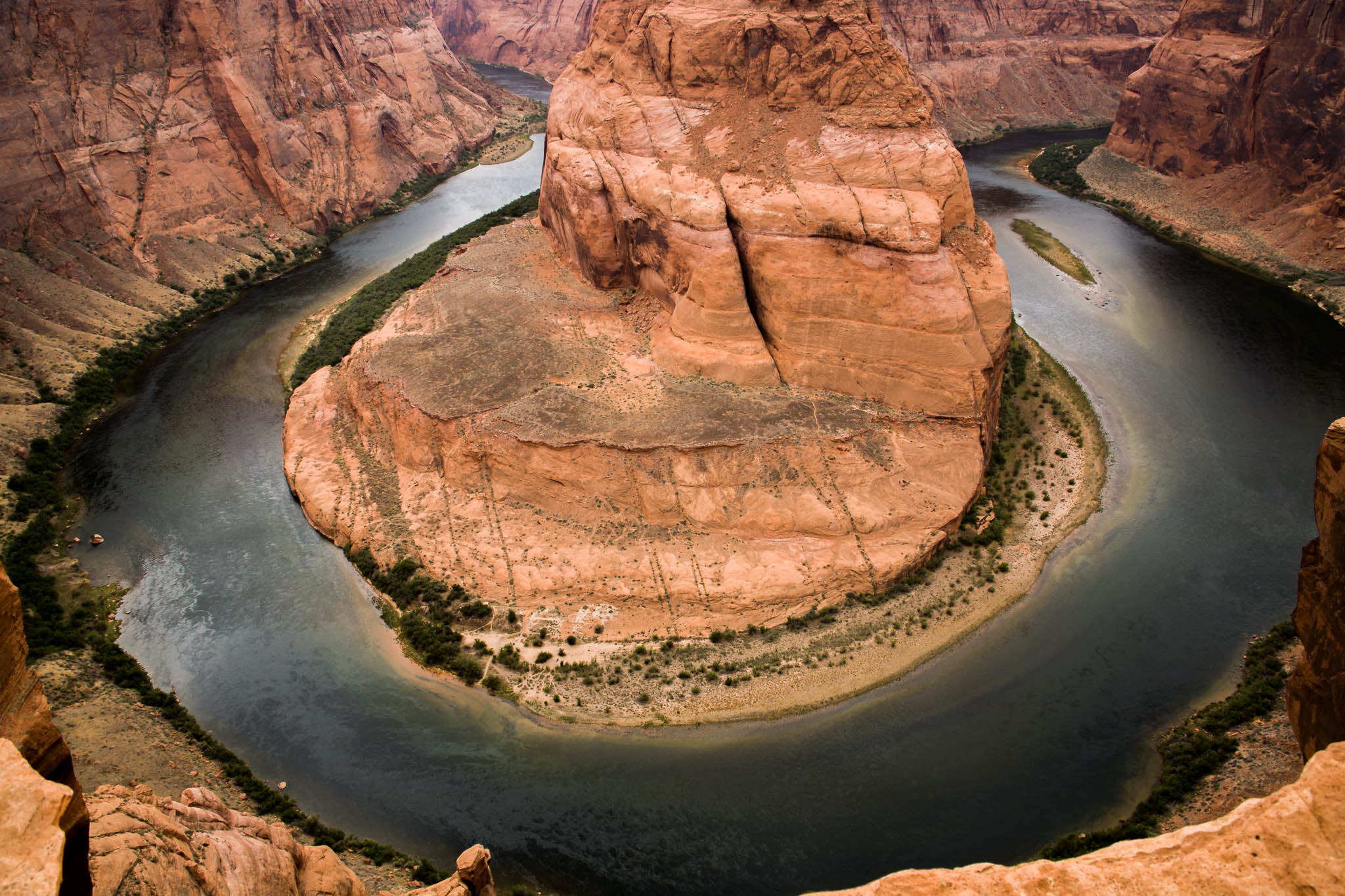 Day three arrived and our plan to begin the day was a visit to Upper Antelope Canyon. We first had to check with our outfitter as there was some weather in the area with possible rain, which is not a good thing for being in the canyons. Turns out all was good, and we all enjoyed our time and the photo opportunities. Accessing Upper Antelope Canyon is much easier than Lower Antelope Canyon. The entrance is at ground level and there is no climbing up or down and the pathway is wider as the canyon is shaped like an upside-down V, wide at the bottom and narrow at the top. 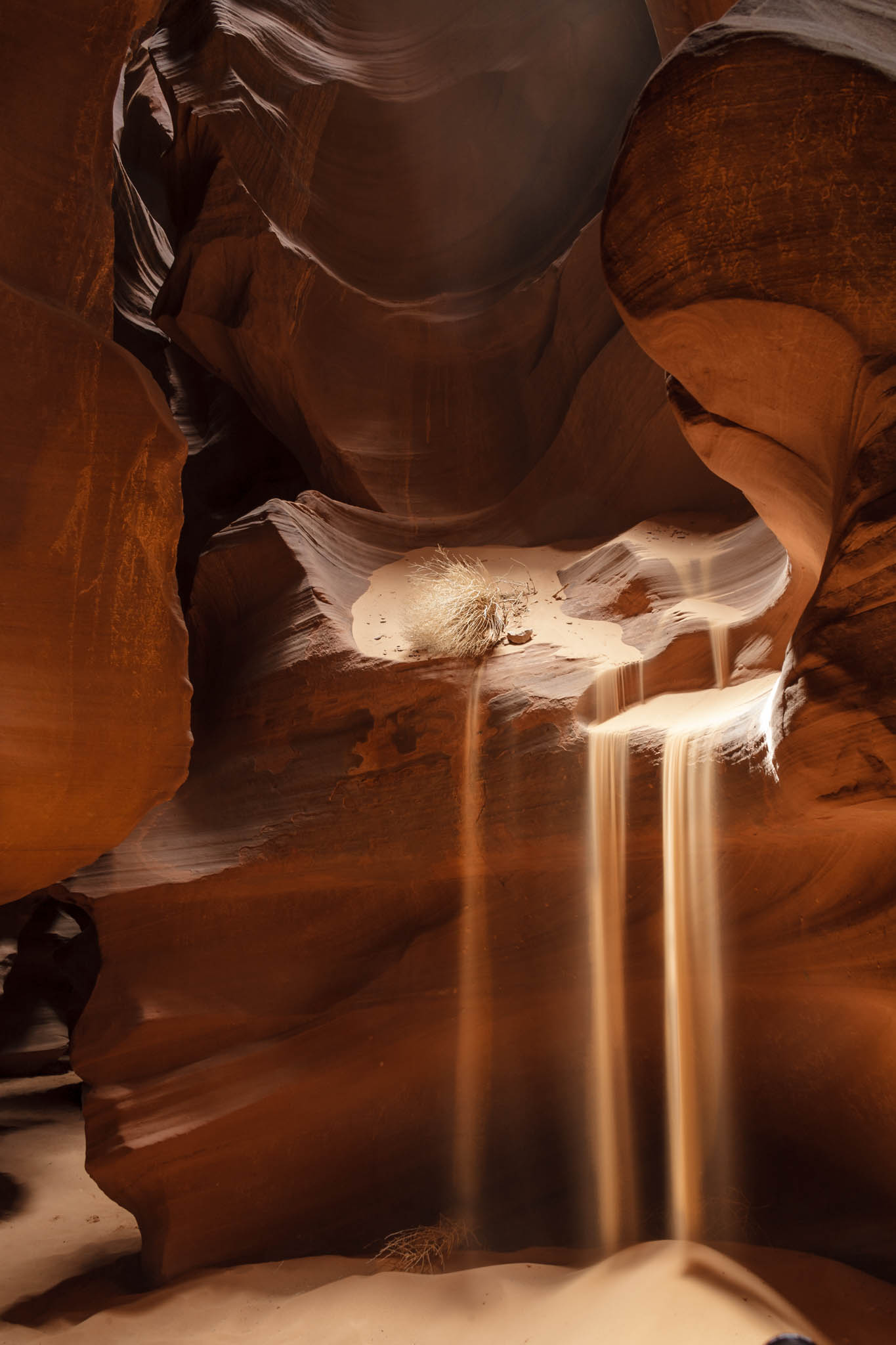 Our final shoot for day three was at Waterholes Canyon about 7 miles south of Page off Highway 89. After a good hike it was getting late in the day, so we decided not to descend into the canyon and instead found great photo ops above the canyon. We took pictures of rocks referred to as fins and a group silhouette photo. 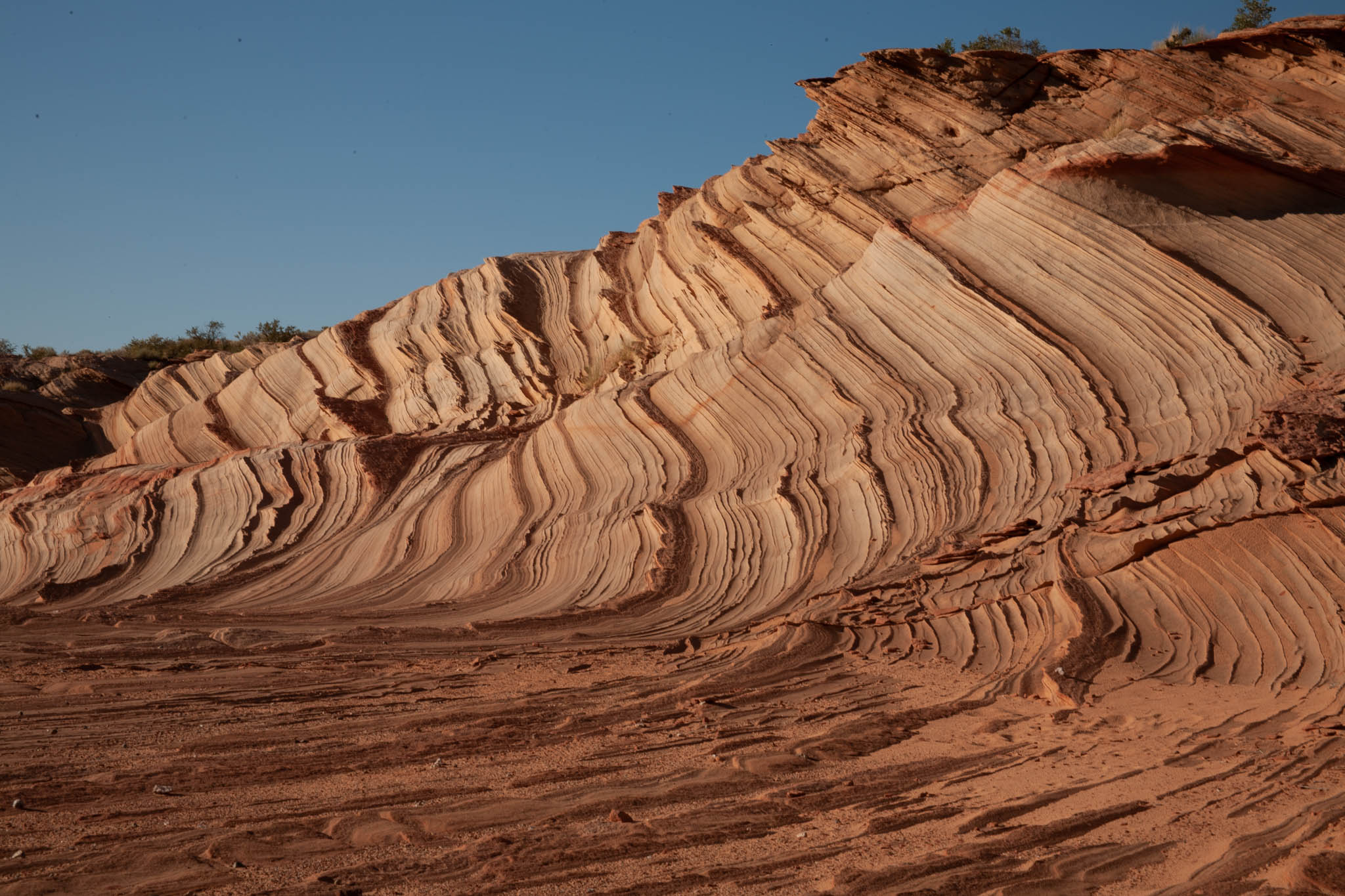 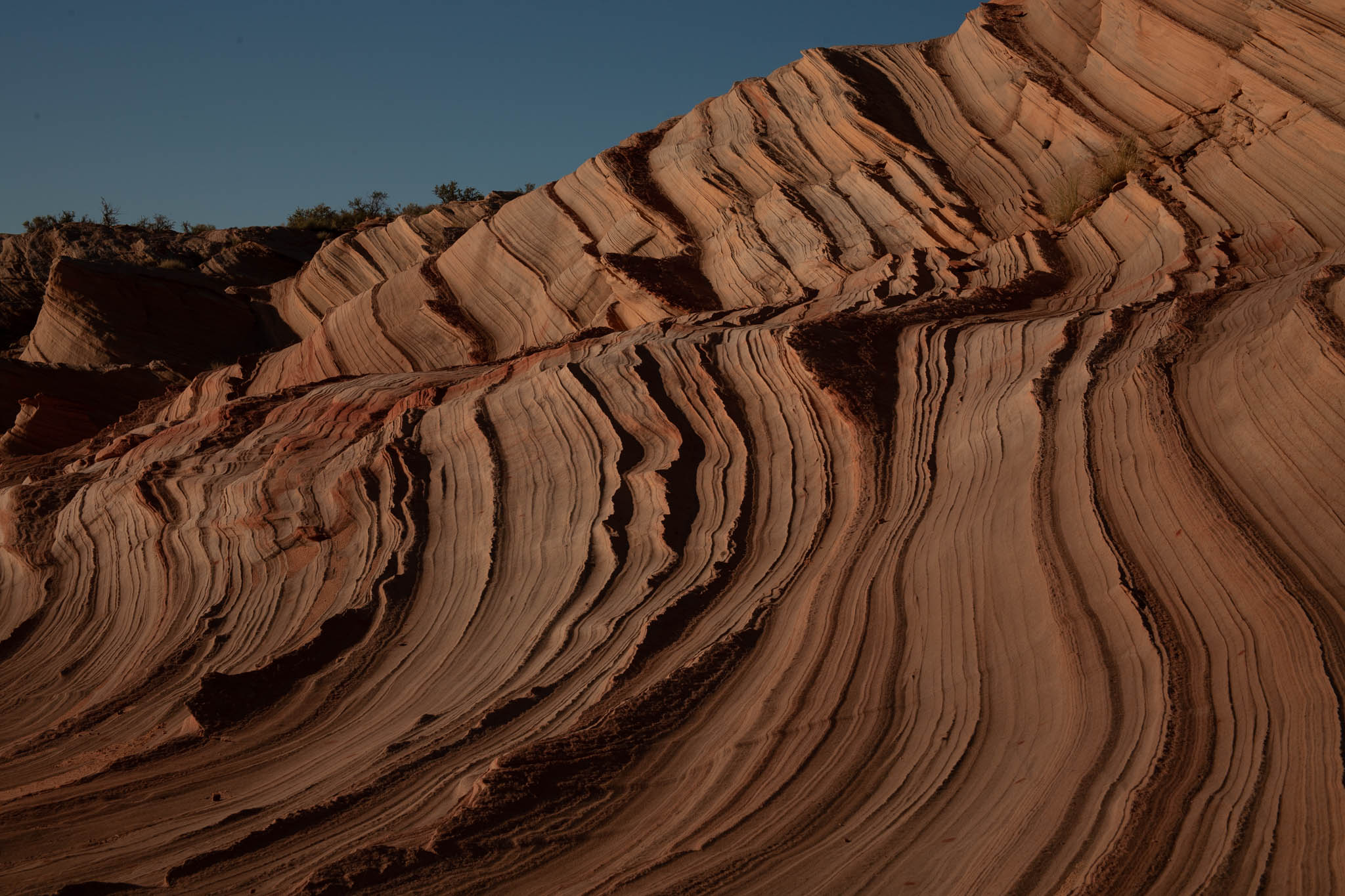 On day four we took our time and returned to Antelope Canyon where a few participants, who had missed the light beam on the previous visit, had a second chance to catch it.

Our second shoot on day four was near Church Wells, Utah, which is a very small community way out in what I would call the boonies. Beyond Church Wells, on dusty dirt roads, is Siltstone Canyon. Don’t Google it—you won’t find it, but it is there. Once we reached the canyon, the ground was level and flat with towering walls all around that offered some great photo opportunities. 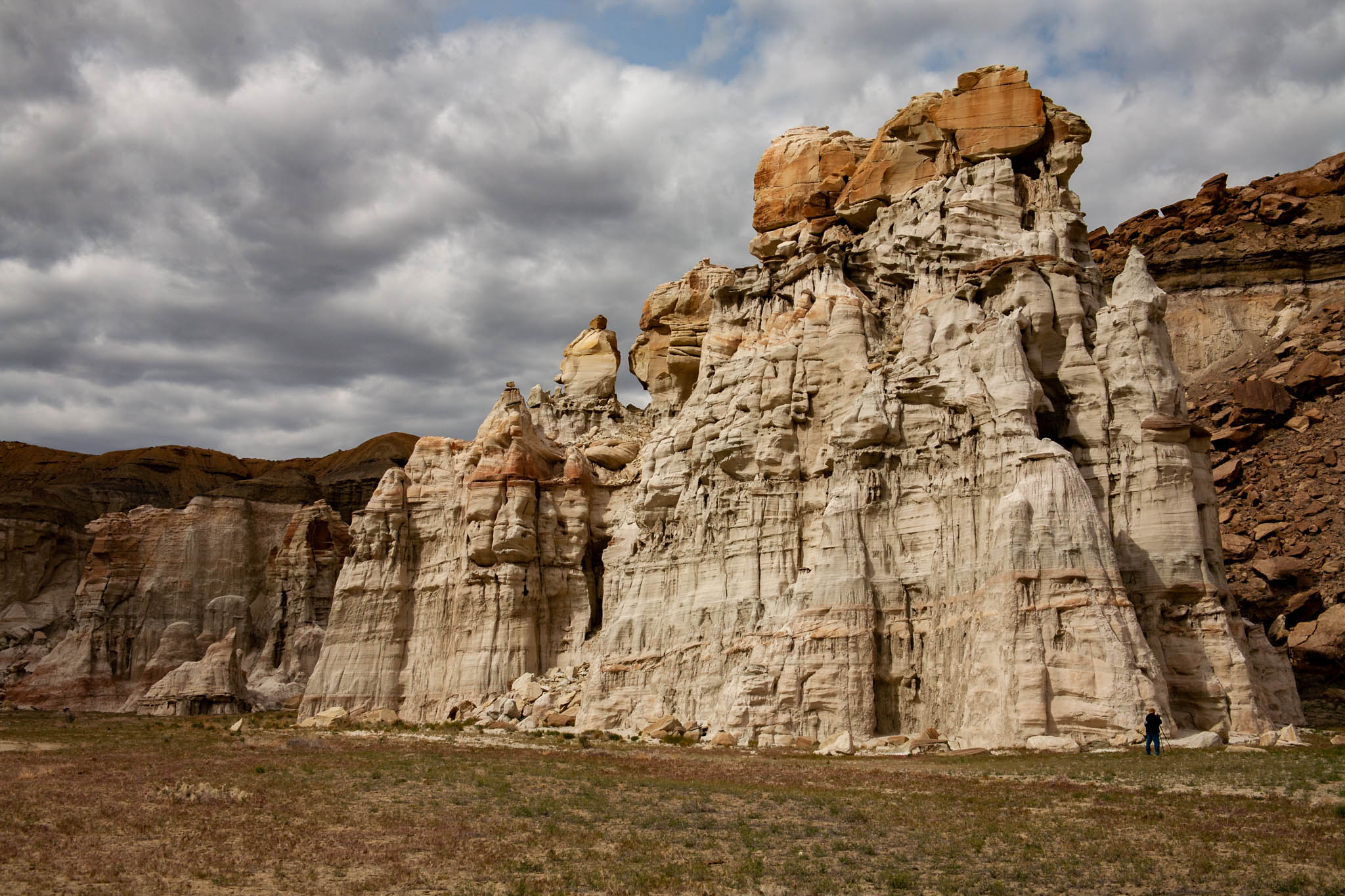 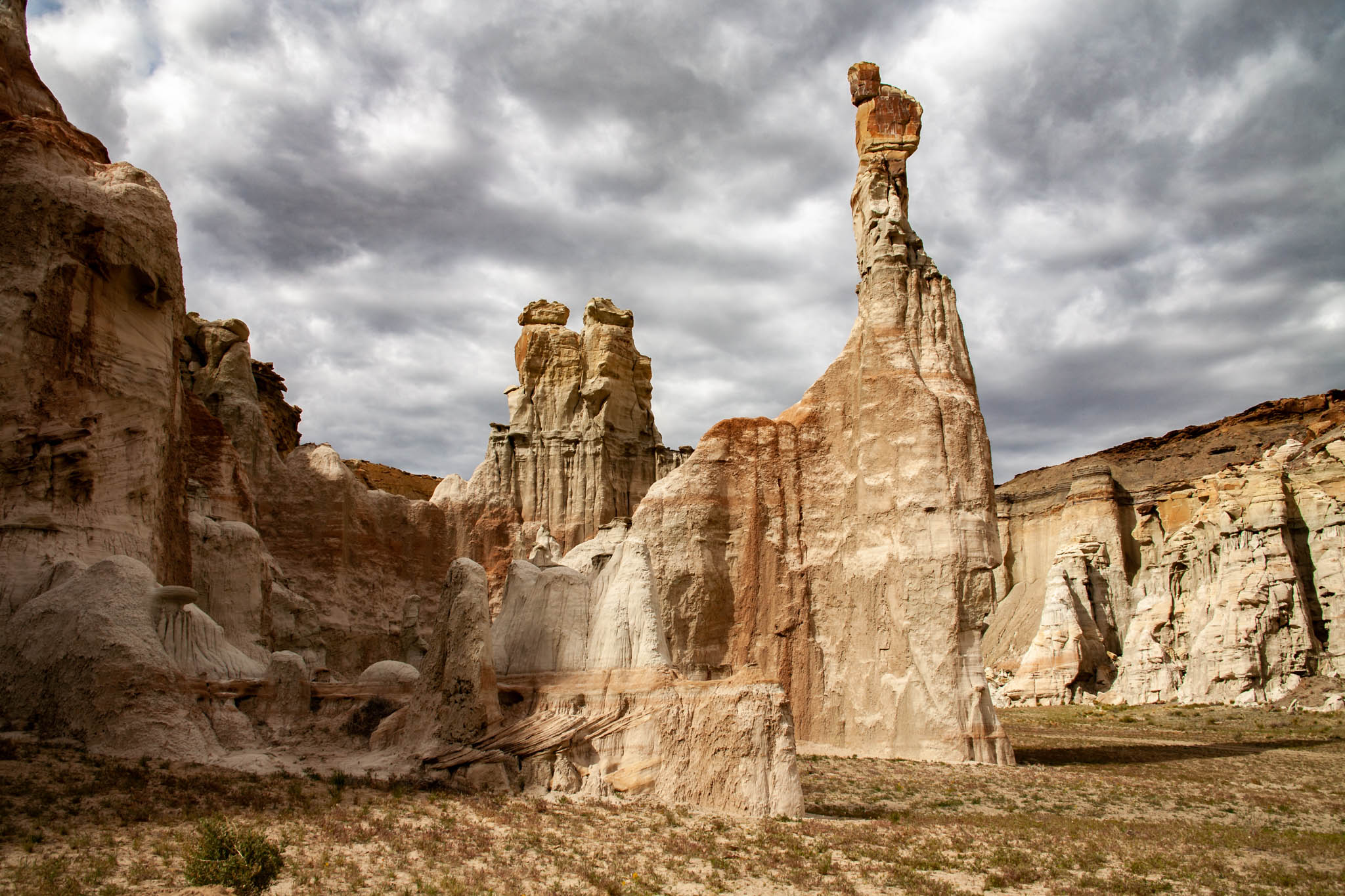 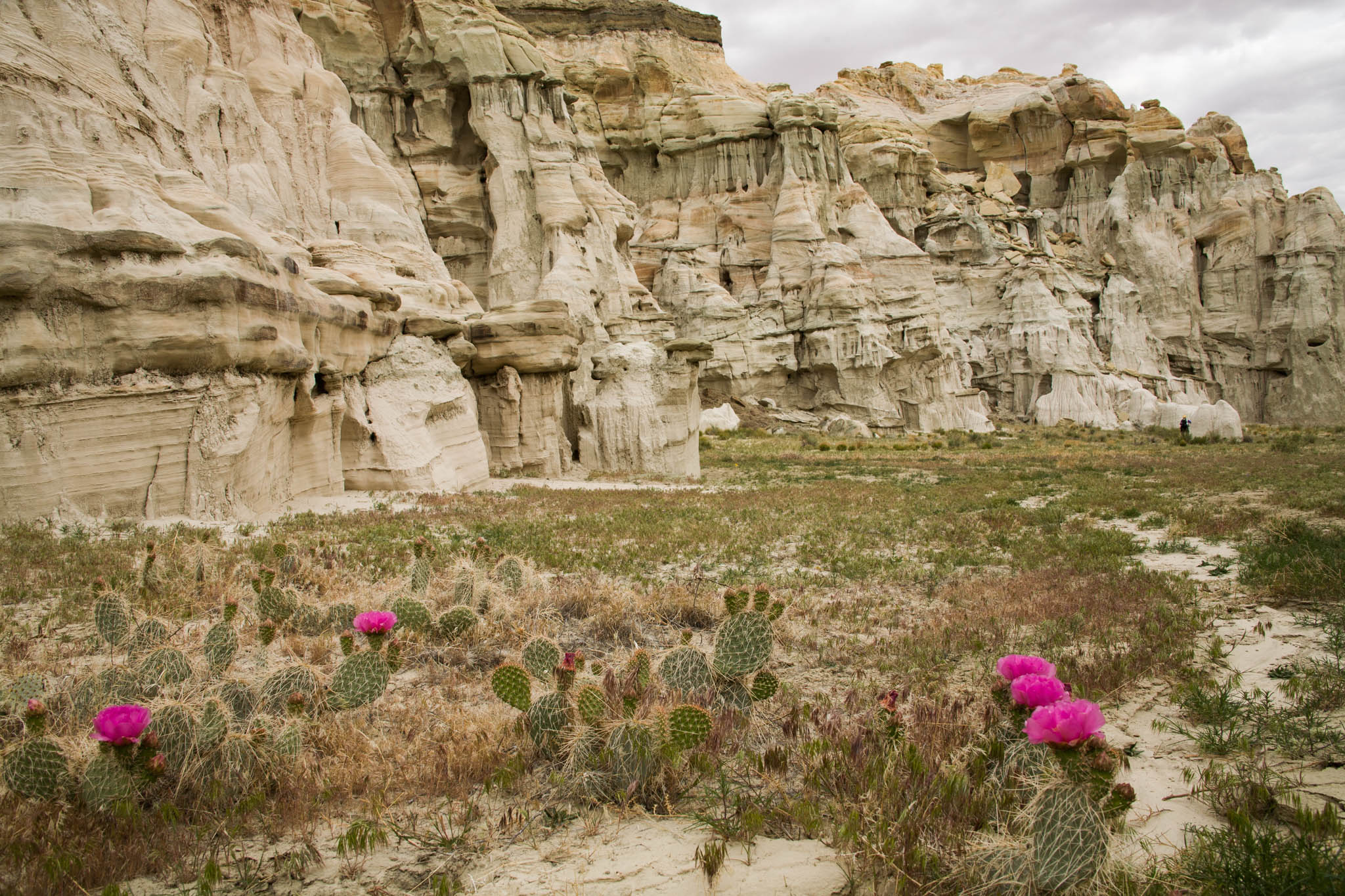 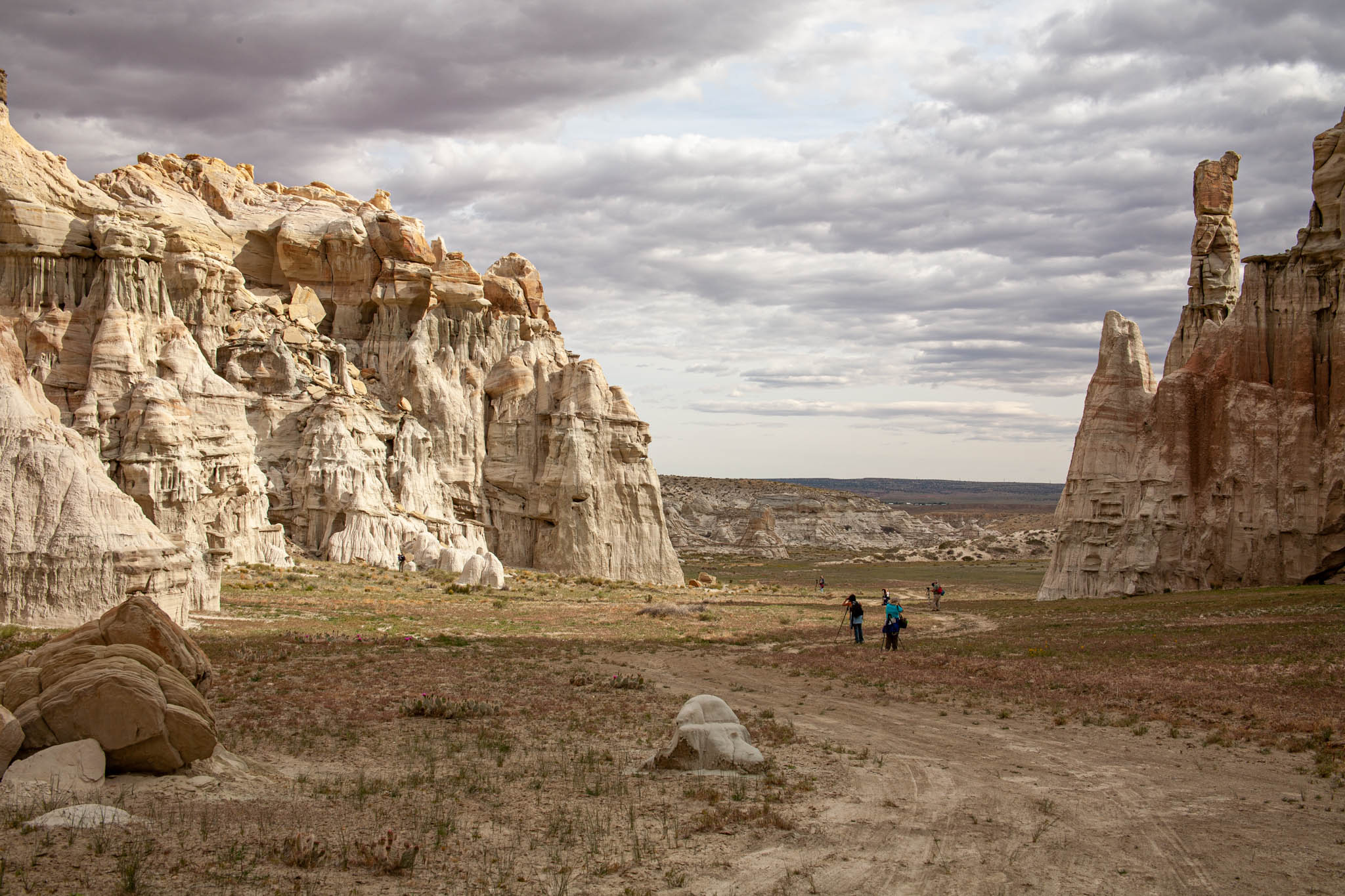 We finished our shooting for day four at Toadstool Hoodoos about 30 miles from Page. From the Trailhead, the hike is almost two miles one way and can be a little tricky, but worth it. We hiked in during daylight and left before it was dark. I have also been there at night—the tricky hike gets trickier in the dark, so don’t go alone and hike in when it is still light to learn the trail. 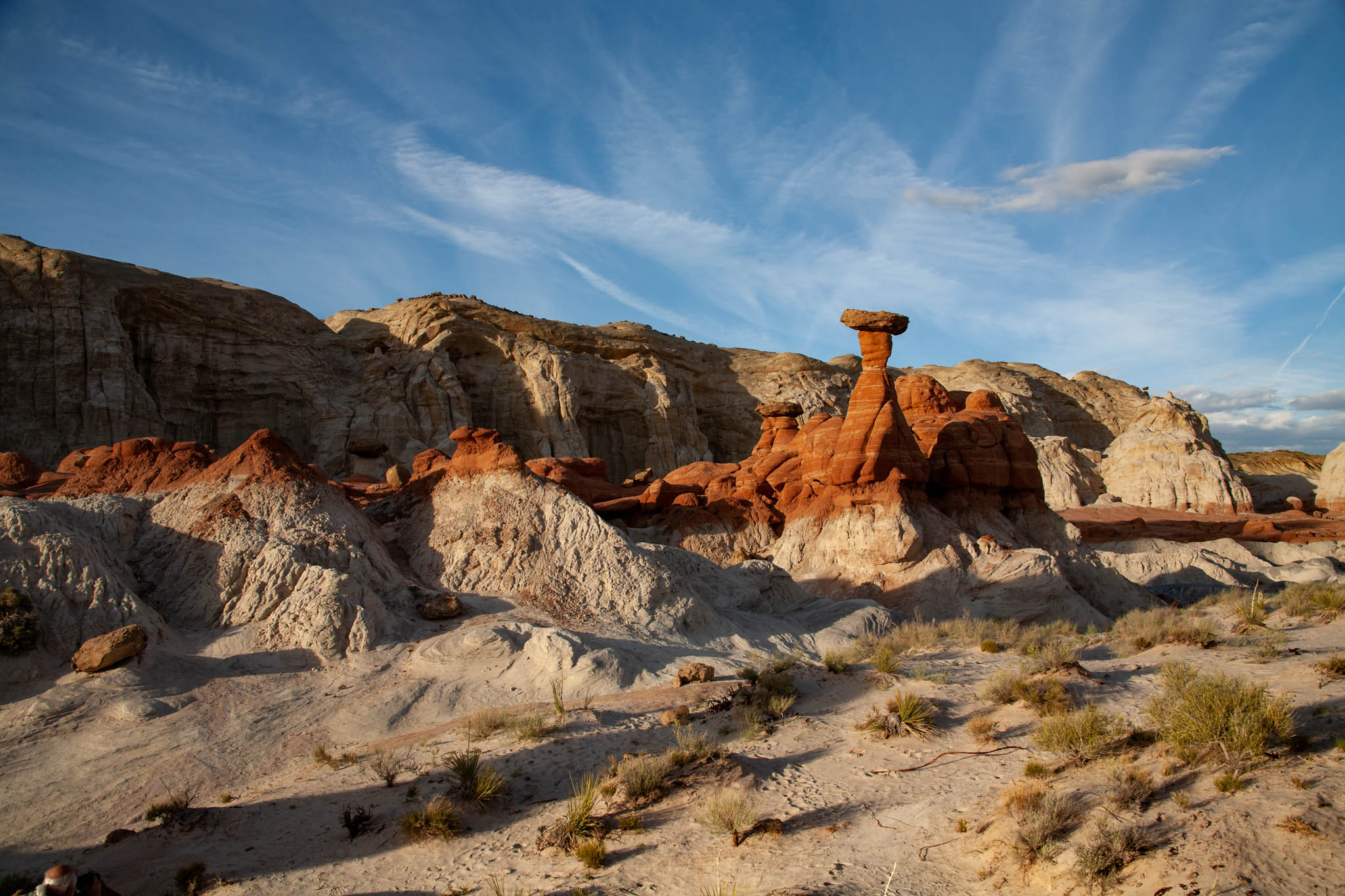 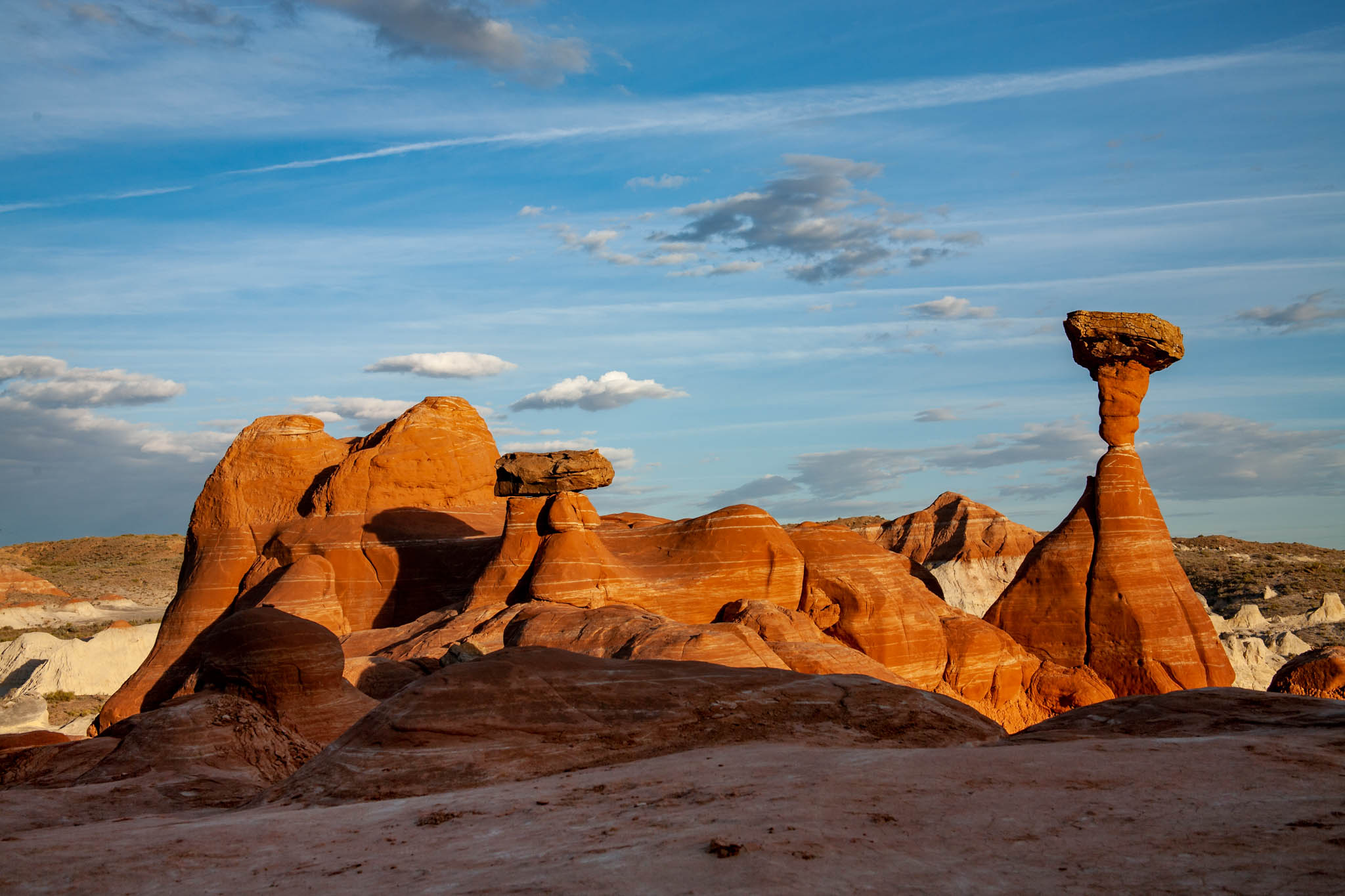 Our final day, day 5, we drove to an overlook in page to watch the sunrise over Lake Powell. 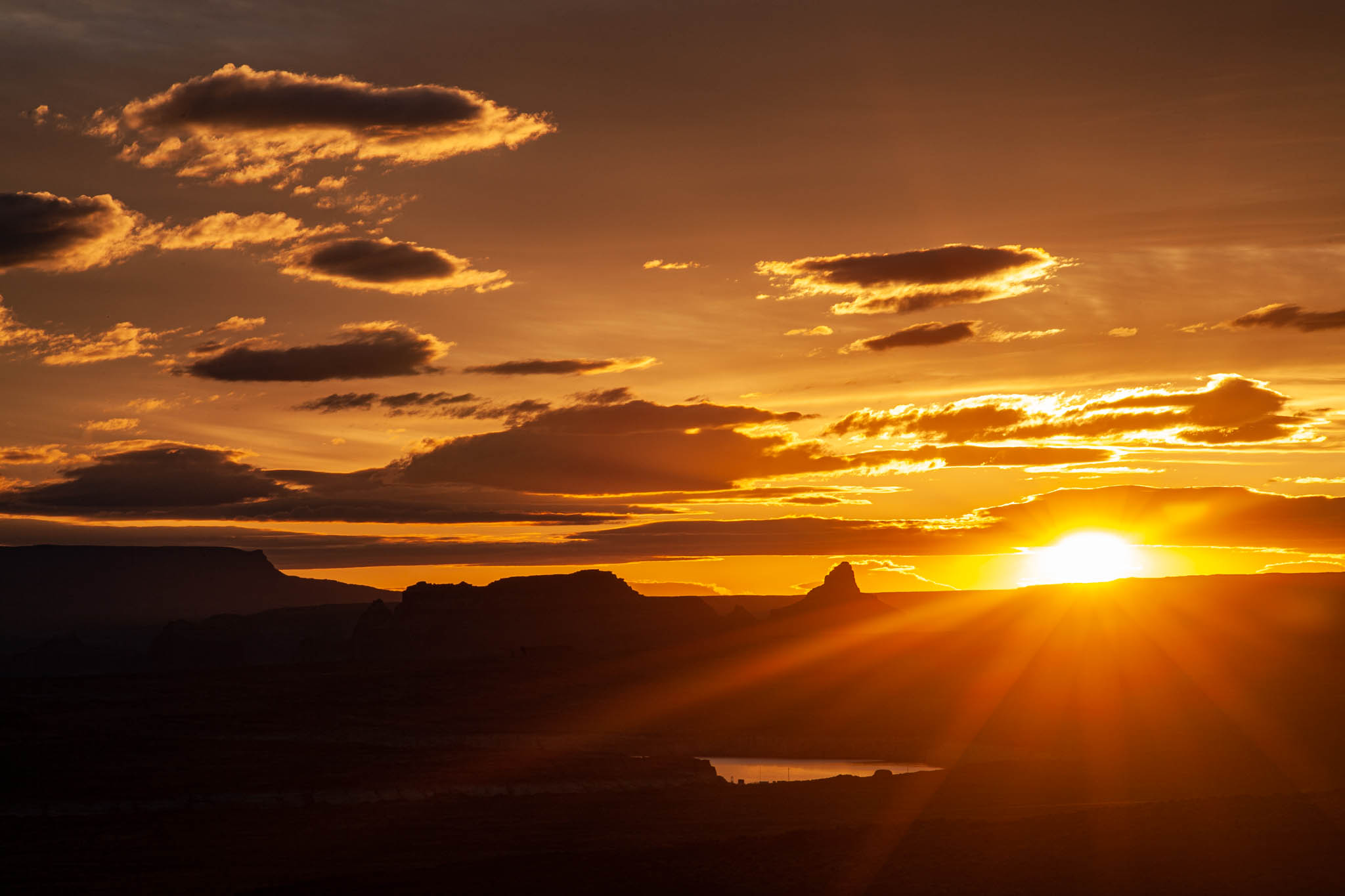