Sensing the Shot and Being Reactive

As we age, we become more aware of our personal strengths and weaknesses. For me, I’ve known for years that I have the mechanical aptitude of a slug (sorry, slugs) and moderate mechanical skills otherwise. So it’s key to focus on those skills that you are best at in your photography. Follow through on “feeling” your shots when the time comes.

On my original trip as a Photographic Guide for AZ Highways we were at Mono Lake in CA and were taking some time photographing the Tufas in a sky that was flat grey. The water was mirror-like but the sky made you want to stop shooting. Half of the group gave up and went back to a bus but the rest of us saw that the sun was behind the light cloud covering and might offer some interesting shots if it broke through. We stuck with it for several minutes and then it broke through, offering some gorgeous shots. 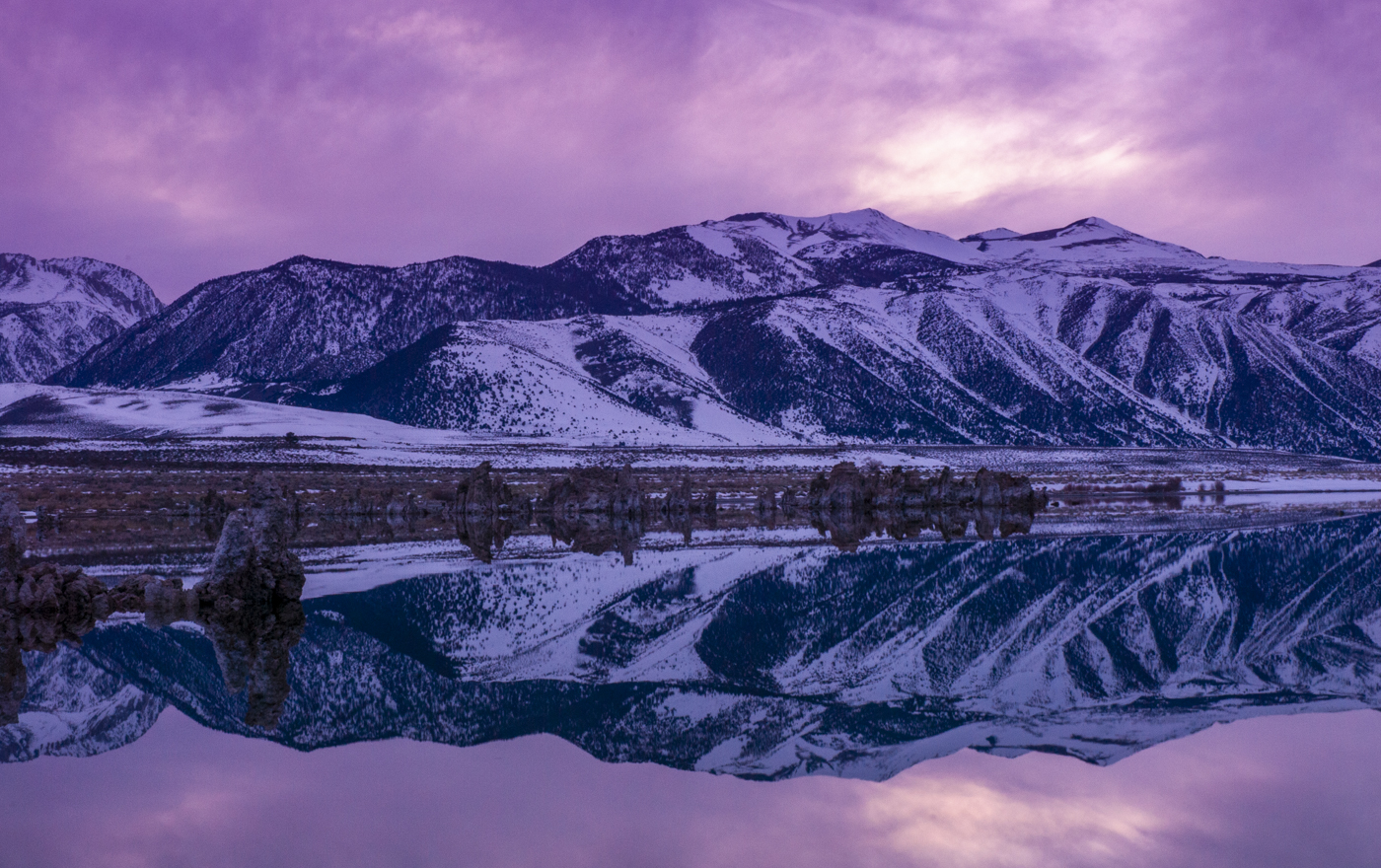 Another time I was in Hiroshima when I met a “Brit” who told me that the Peace Memorial Park was lit at night and offered some good photographic opportunities. I was at the museum and was happy with my photos and I continued to explore when I felt the hair follicles on the back of my neck sense something. It made me turn around and see a very tranquil shot which I would have missed if I just continued onward. 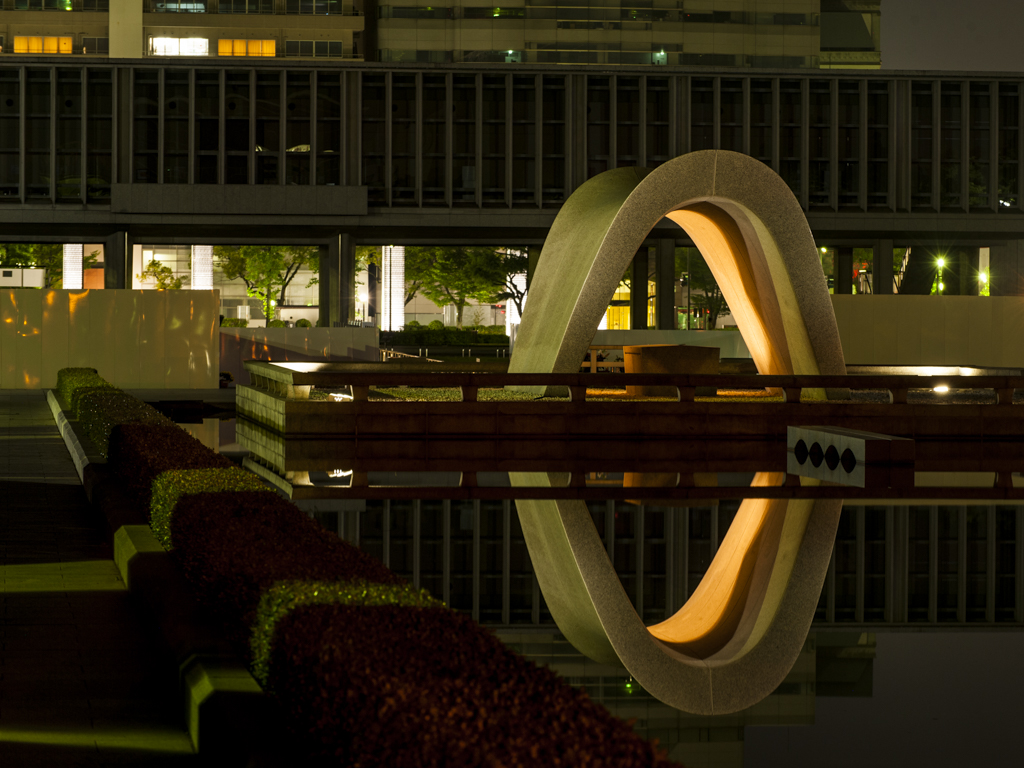 Another time my wife and I were on a Danube River Cruise. After spending all day photographing in the town of Regensburg, Germany under grey skies, I went back to the ship and just wanted to relax. My wife had gone back much earlier and when I got back, I found her sitting in the lounge with some friends. I literally was just about to sit down when something made me look out the windows and I saw the “light.” From flat grey to a beautiful red it changed for less than 5 minutes. Quickly I left them and hustled out onto the deck to capture a few shots in the beautiful light. 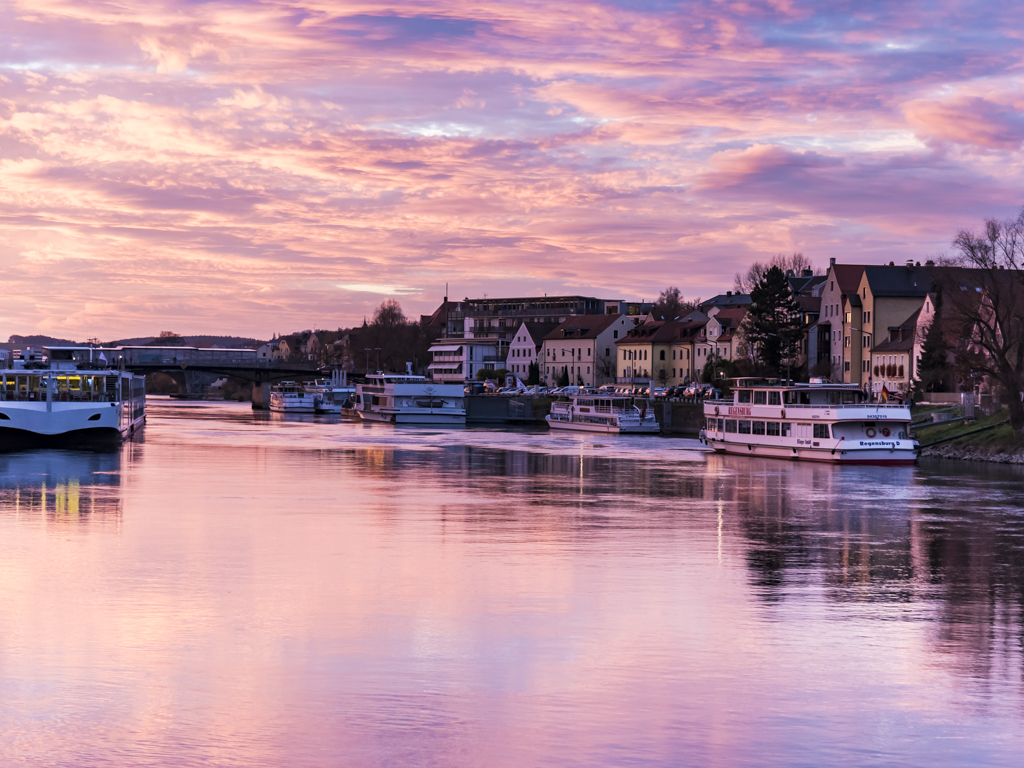 It also pays to listen to others when out in the wilds. On a workshop to Arches National Park working with Dave Halgrimson, who edits these blogs, we had arrived at a location a few minutes later than our Photographer, Leroy DeJolie, wanted to get there. Our lighting was weak and we were just using some puddles to capture some small reflections when a participant shouted to look up and behind where we were. The photo shows what we all saw off an otherwise flat grey stone and which lasted only a couple of minutes. 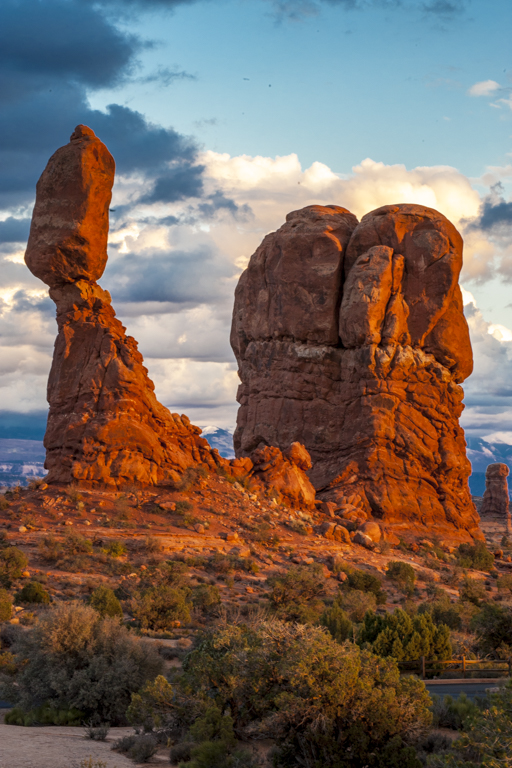 Finally, don’t give up on your photography on days you go to a location to photograph a particular item, e.g. an egret, and not have particularly good results. Earlier this year, Dave and I went out and I frankly admit his results on egrets were far better than mine. I did get one good image which I converted to black and white but it took me until just a few days ago to review other shots that I took.  These two shots were the result of following the other rule, “Adjust your shooting to what you have available.” 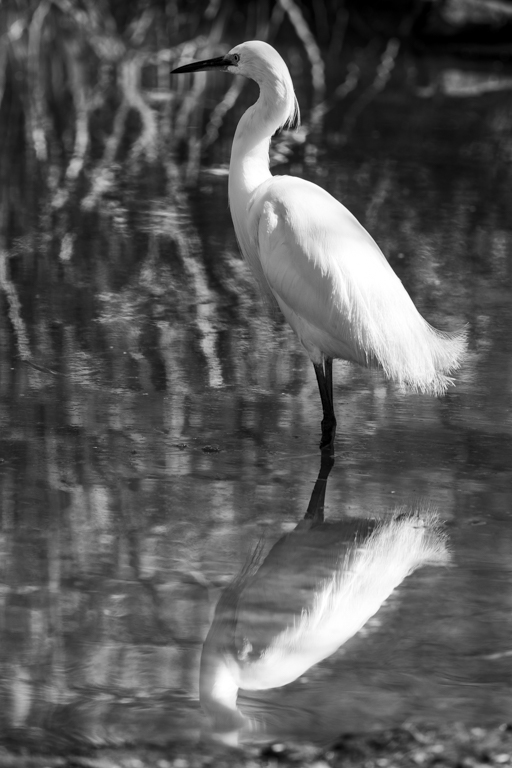 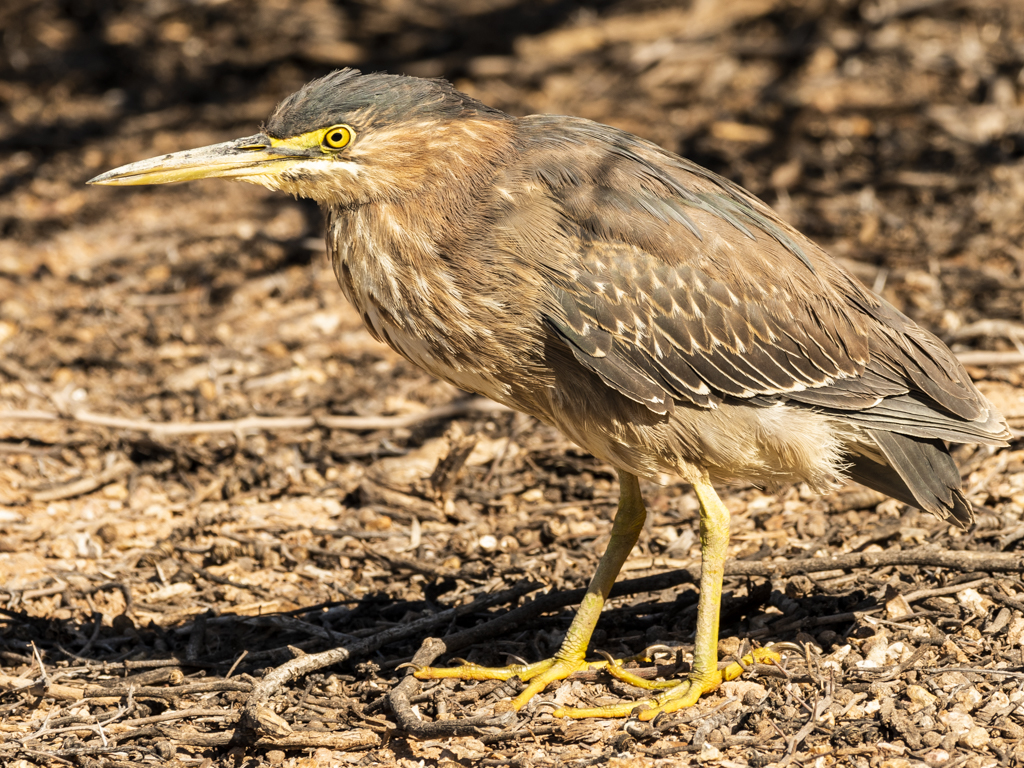 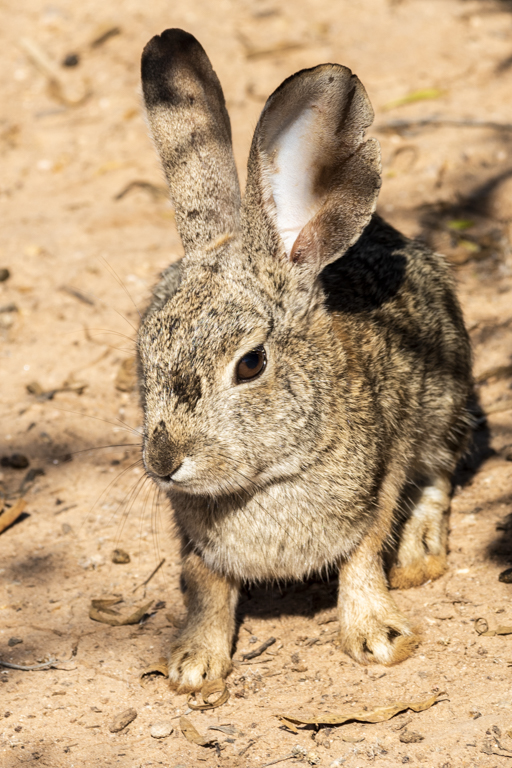 John Frelich is a Photo Guide with Arizona Highways PhotoScapes.