Portrait in the Landscape – Work that Scene!

As if shooting just a landscape was not hard enough, I love shooting Portraits in a Landscape. I find it adds an entirely different dimension and interest to the shot, with the Portrait sometimes helping to much more powerfully tell the story of the scene.  But this brand of photography requires working in an entirely different way than shooting just a great landscape.  Visualizing ahead of time, or real time visualizing how the portrait should fit is a significant part of the process.  For anyone who has shot wildlife photography, unless it’s the animal filling the frame, you are also used to this concept of – fit, position, pose, angle, light of course, complimenting the foreground and background, and more.

The advantage of working with humans, is that they can often listen to directions, so you can get them to fit in the scene as you like.  Although this can be a challenge to the photographer as well, especially if they’re not used to working with humans!  Sometimes, especially shooting without directing your subject, you just have to work the scene as it unfolds. Moving and adapting, all the time thinking about the shot you want and working to get it.

I travel a lot and usually have some type of camera with me to use if I have a little bit of free time.  This scene unfolded as I walked along a beach recently in South Korea. 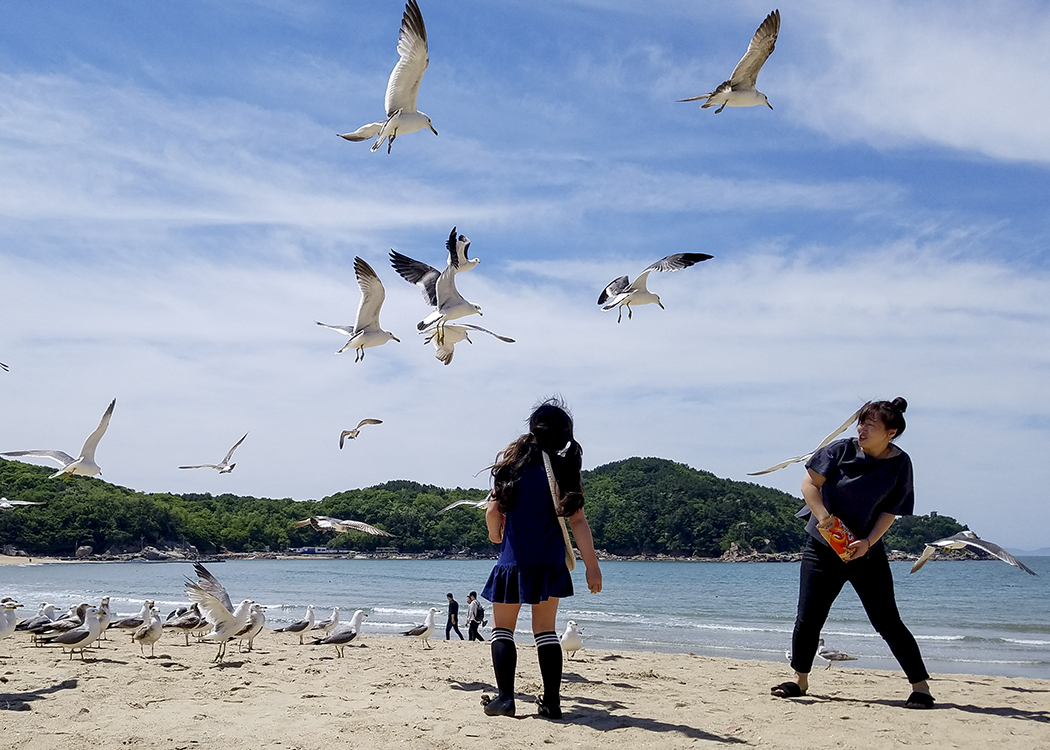 I came upon a mom and a couple of kids feeding the seagulls.  It was a total frenzy with the birds, and the birds are almost as big as the kids.  With this interesting scenery, I immediately thought there might be a shot here. Looking at the scene, I zeroed in on the girl in the school dress and knee socks. She was totally focused on the birds and despite them swirling all around her, she showed no fear. I decided that I really wanted to narrow it down and capture her without the rest of the family – just Brave Girl Vs Birds.

I worked the scene. 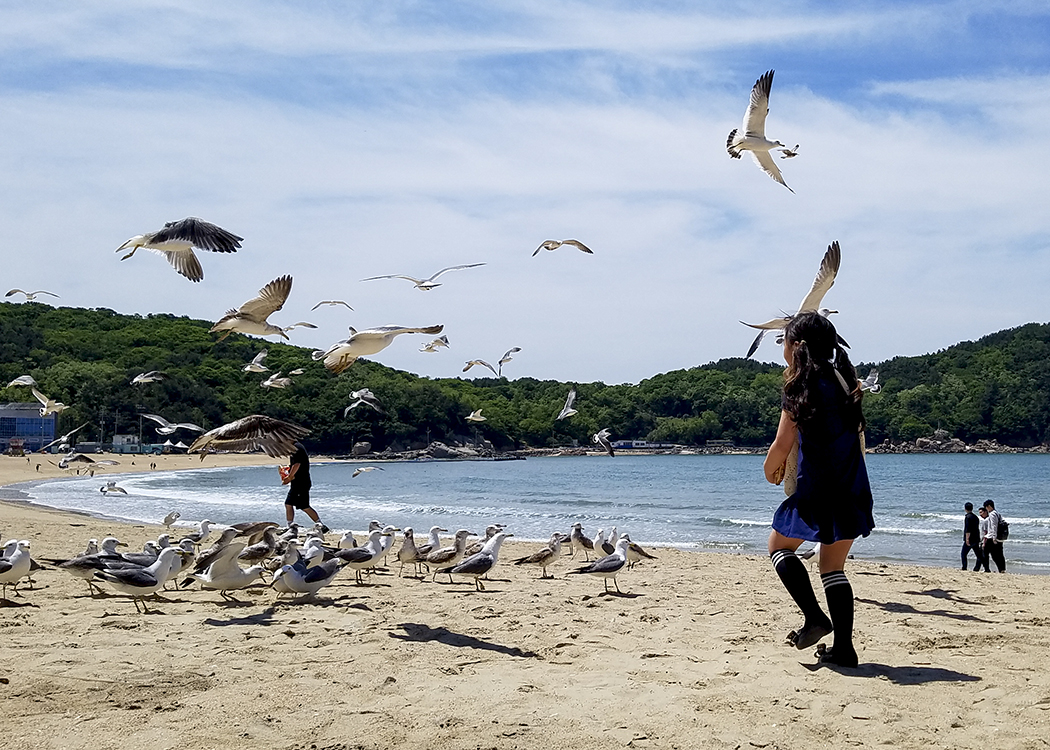 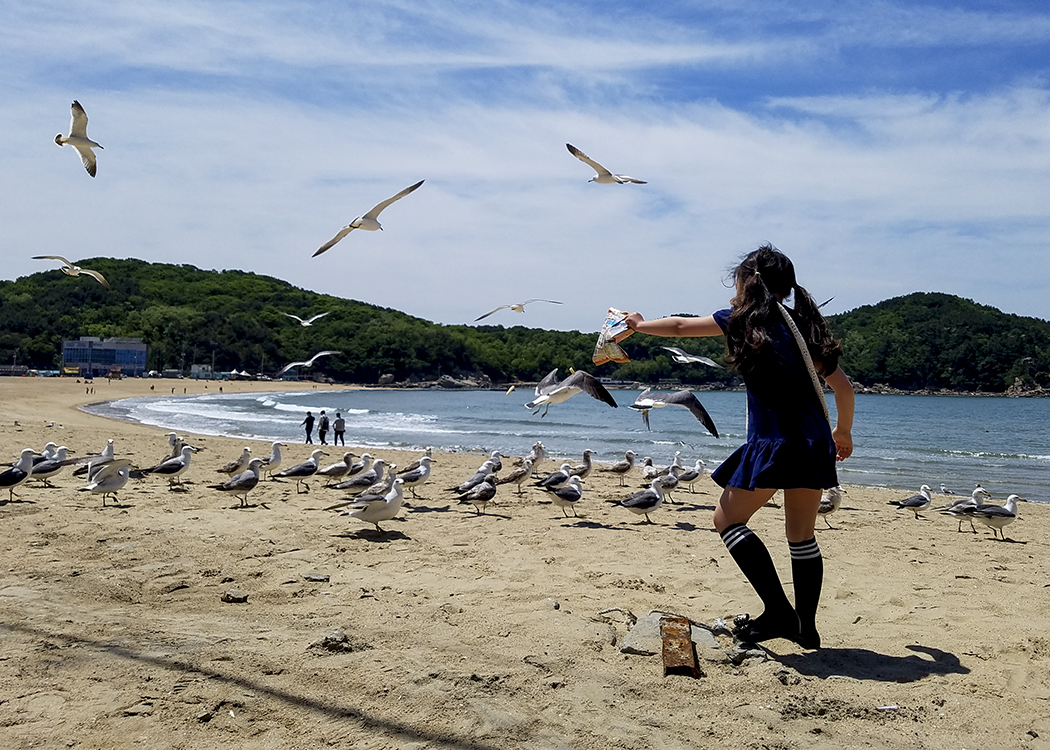 I moved around to different positions to isolate the subject, got to the right angle, got my camera positioned at the right height, waited for the right moment, and BOOM, I captured the banner shot.  Her crouched down, hand in the bag of food, staring eye to eye with the approaching Seagull with wingspan almost bigger than her! I thought it was a much more powerful image in black and white so I did that conversion as well. I titled it “Fearless on the Beach”, and it was a winning entry in a local Photo Competition.

Talk to your subject if you can, but one way or another, always work and keep working the scene.  If you can help it, don’t settle for “good enough.”  It usually doesn’t come easy, but when  you get it just right you might really have a winner