My 5th Arizona Highways Photo Workshop as a Volunteer Trip Leader (VTL) would take us to Monument Valley and Canyon de Chelly.

My fellow volunteer and I met with the participants in Phoenix and from there we boarded our bus and headed to Goulding’s Lodge with a quick rest stop in Camp Verde.

After settling in at the lodge, our photographer gave a presentation on the upcoming workshop, we had dinner and headed out to the Monument Valley Visitors Center. Under a full moon at sunset, we shot the Mittens until dark. Unfortunately, either we or the moon were in the wrong place to get the Mittens and moon together. 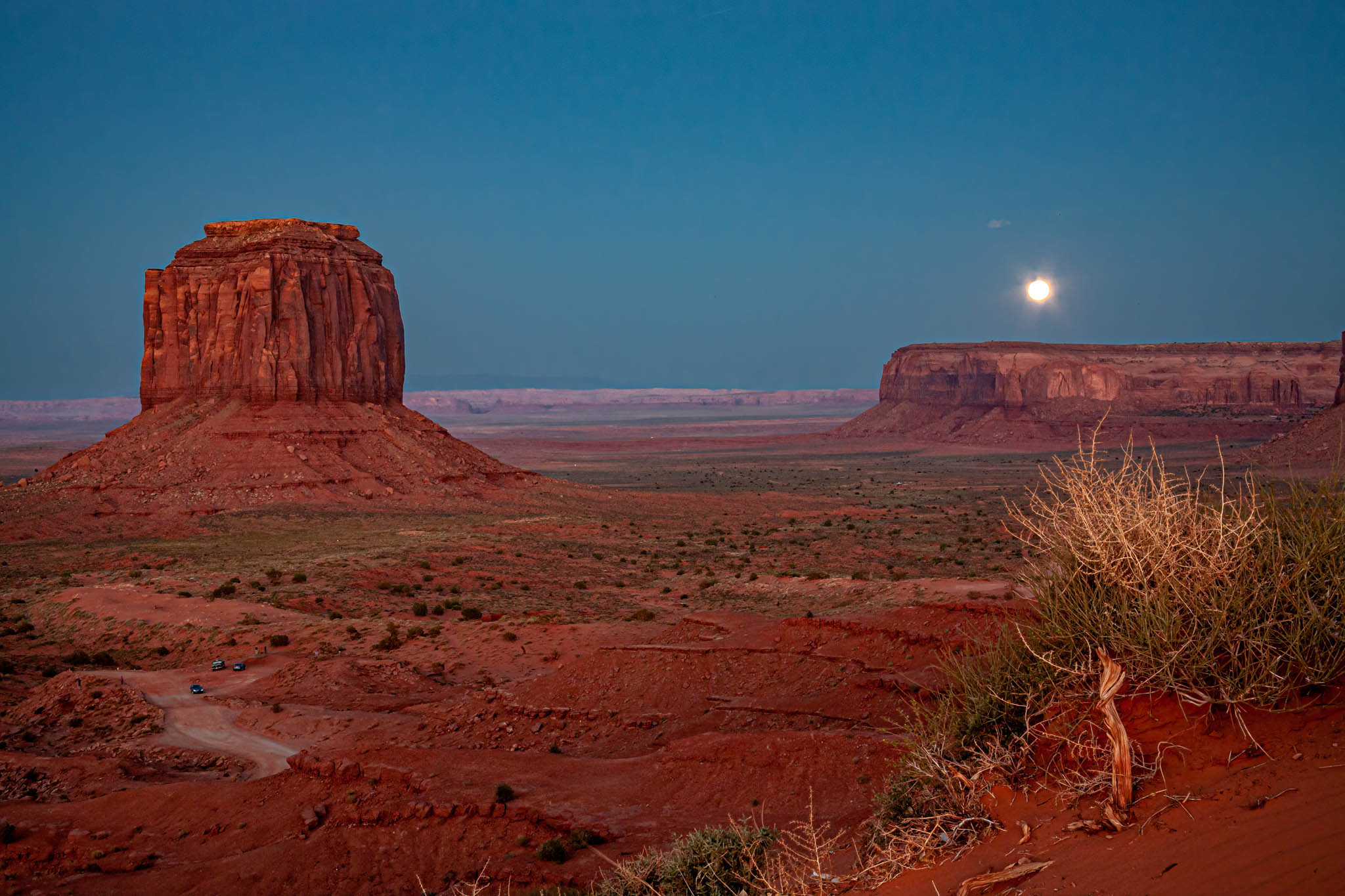 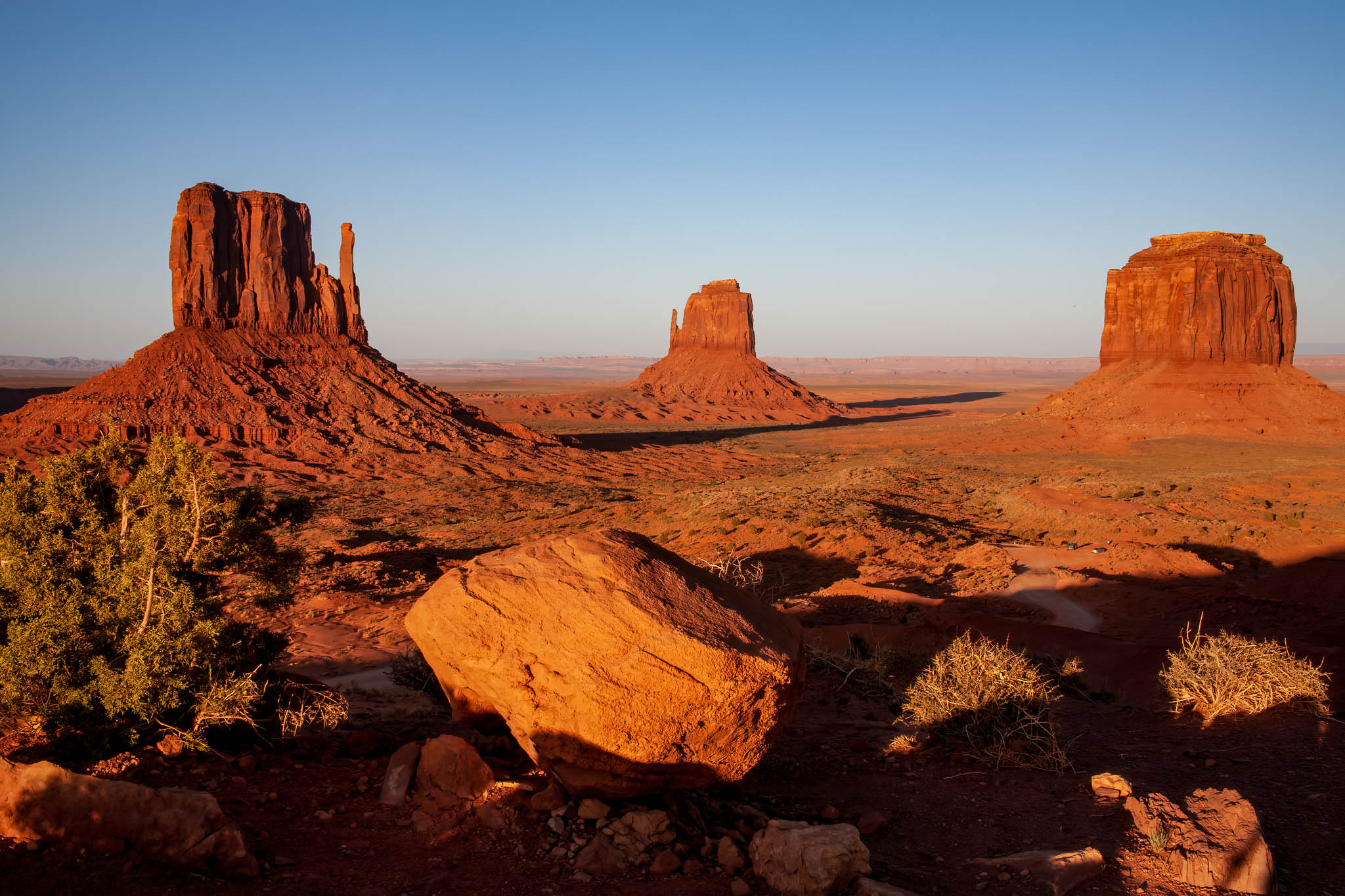 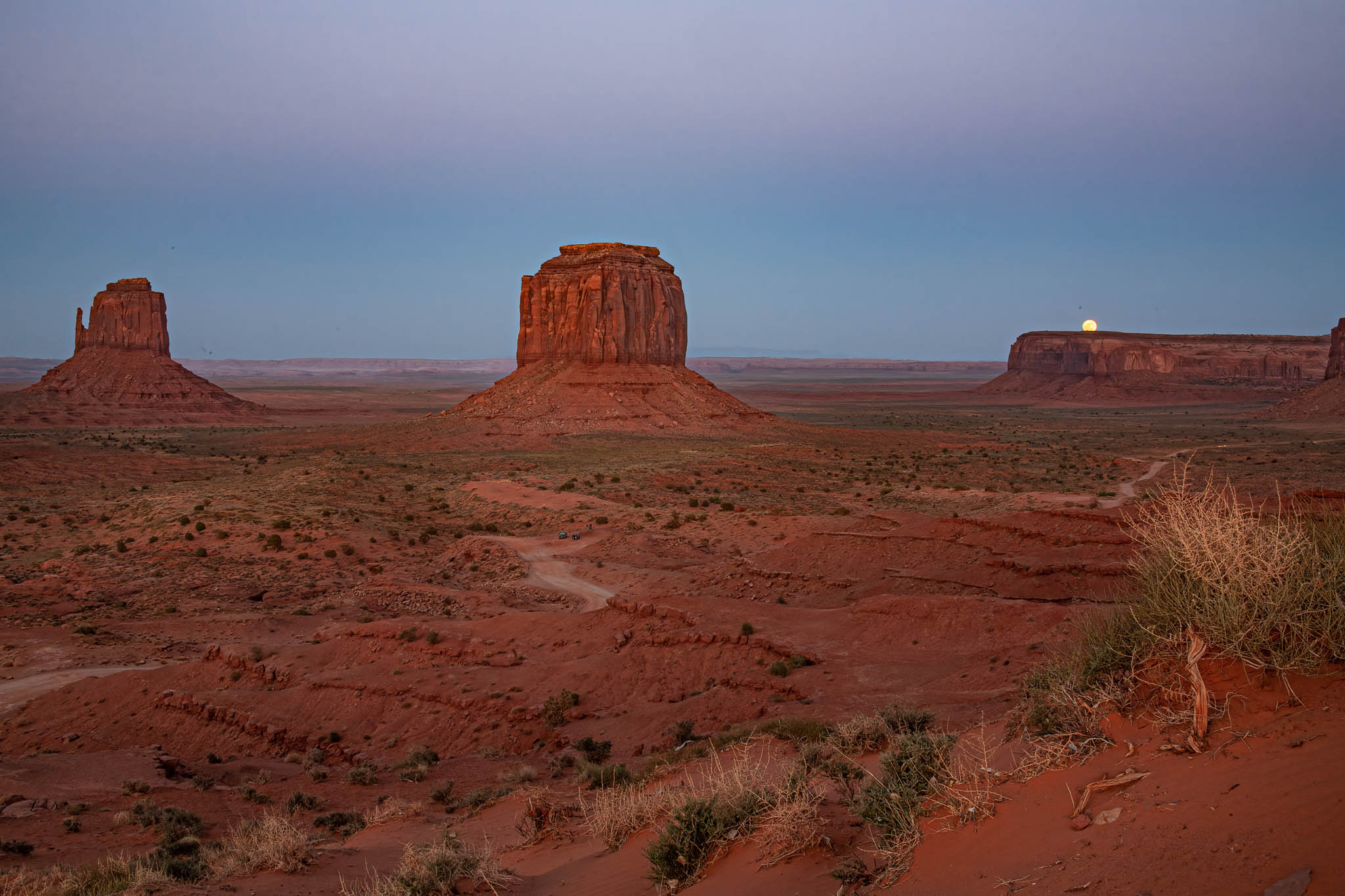 On the second day, we started very early to catch the sunrise as it rose over Totem Pole and Yei Bi Chei. Photographing in this area is a real treat as there are so many angles to shoot from and the ripples of sand changed for each view. I chose three of my favorites. 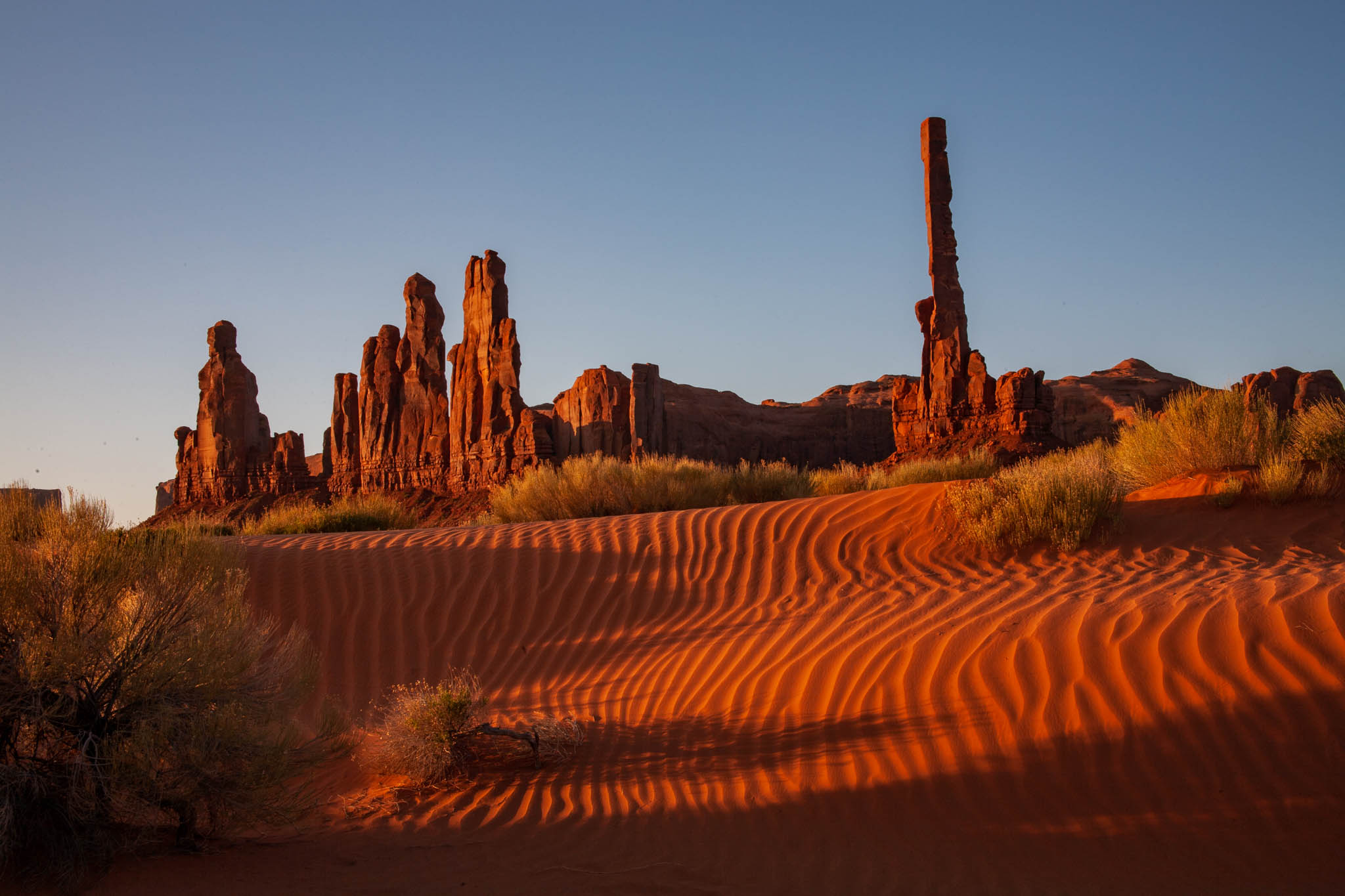 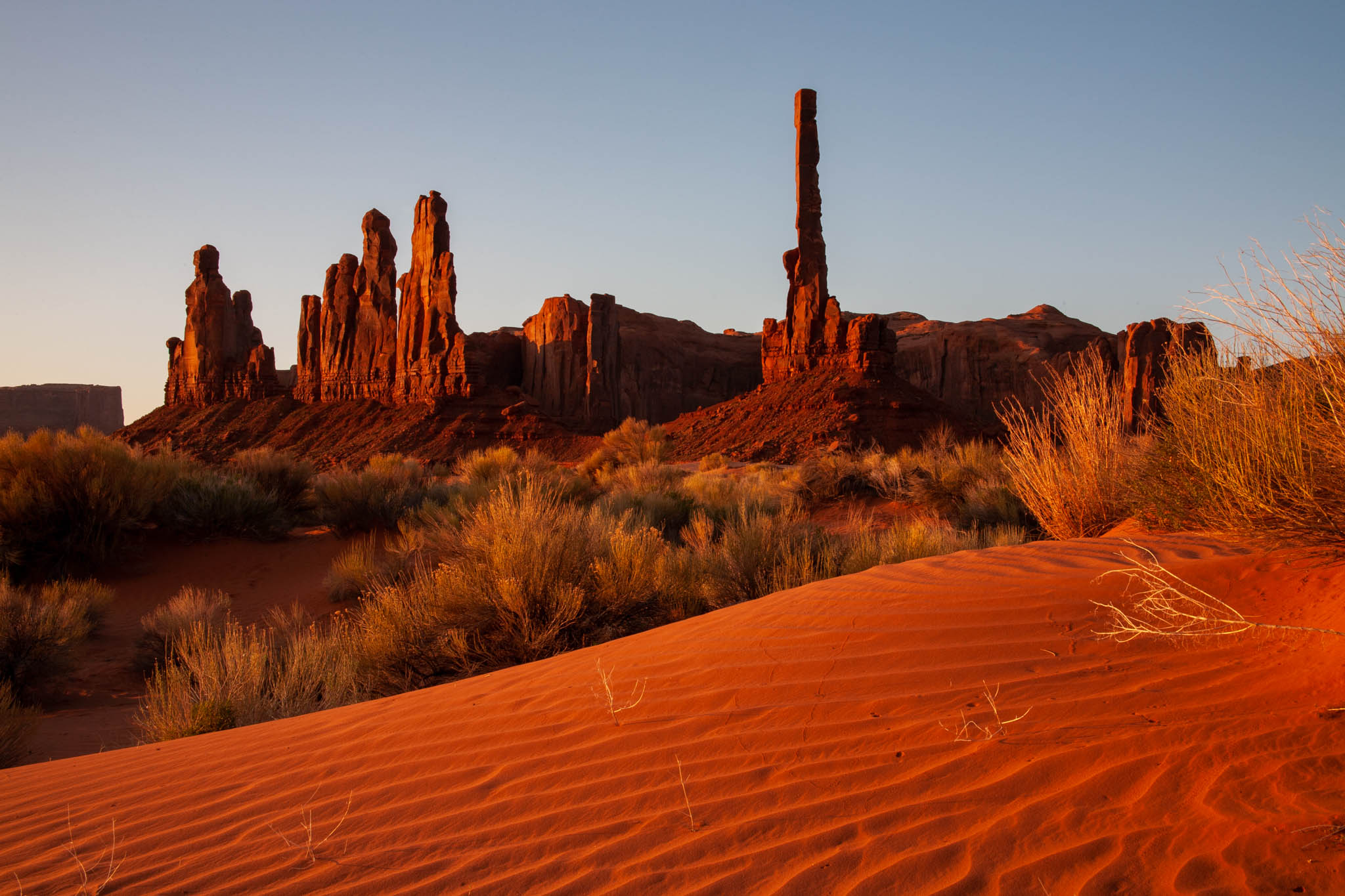 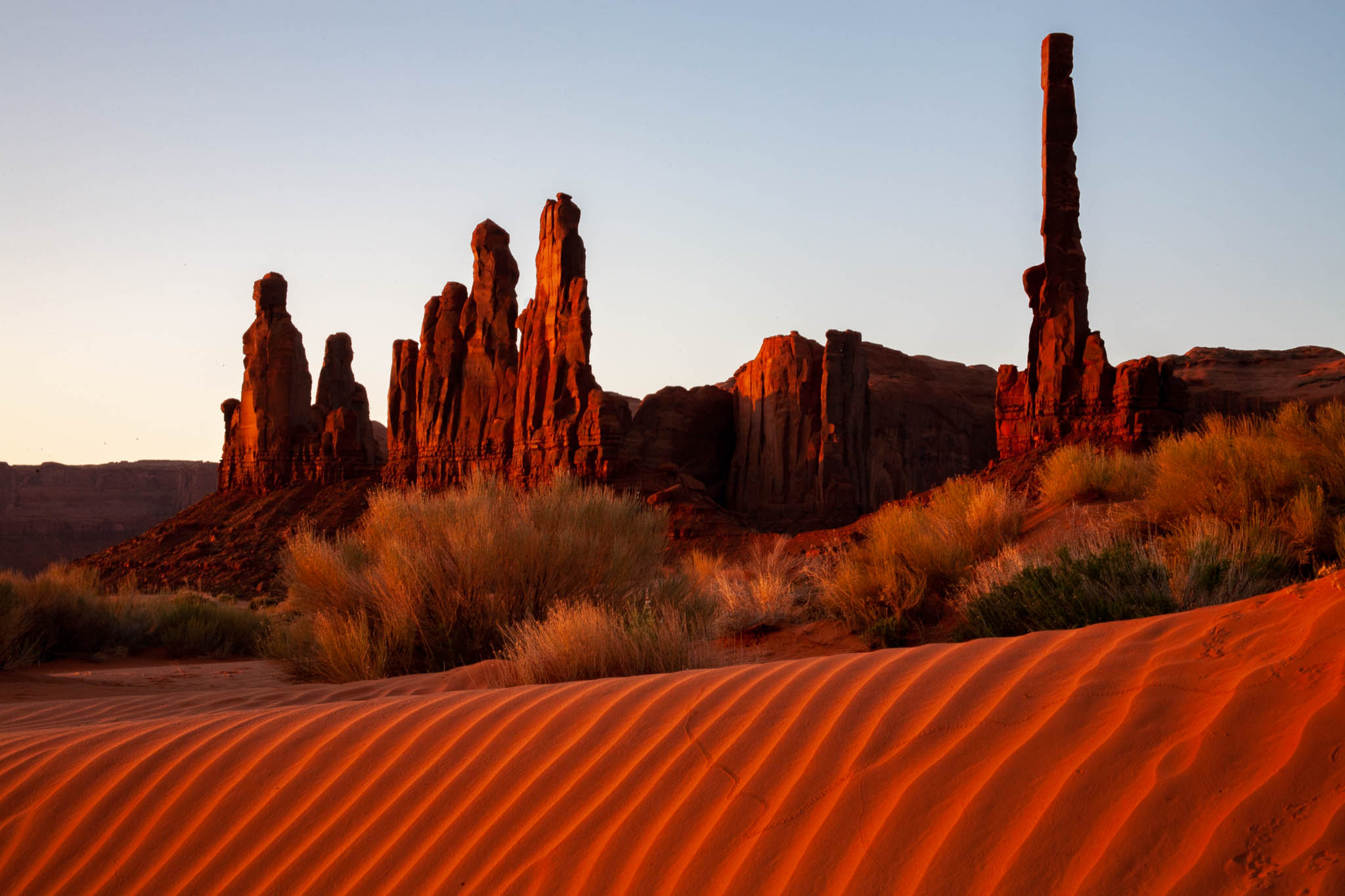 We then headed for Ear of the Wind Arch to meet Effie Yazzie who was herding sheep from horseback. On the way we stopped at Big Hogan Arch and some petroglyphs. 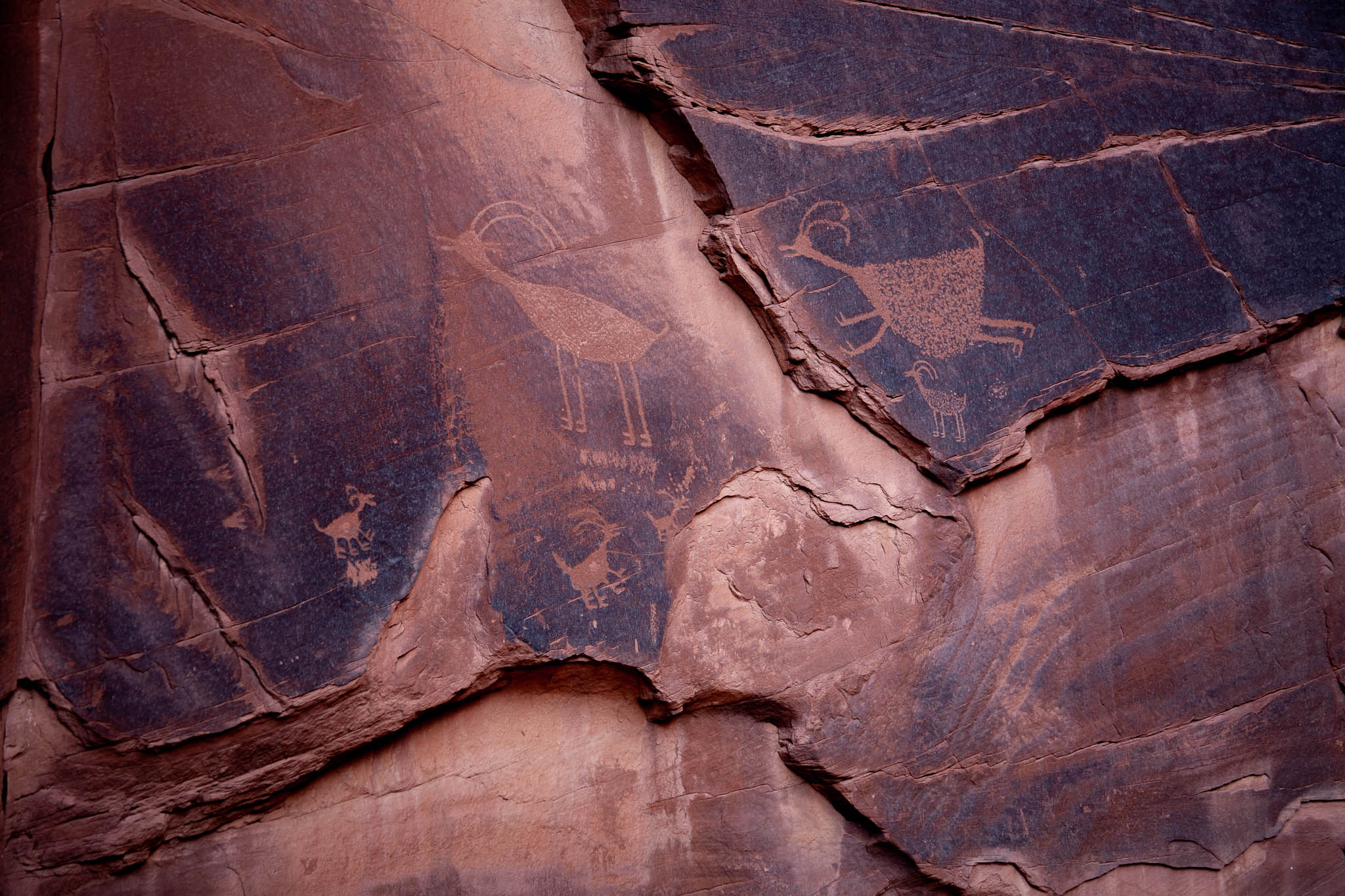 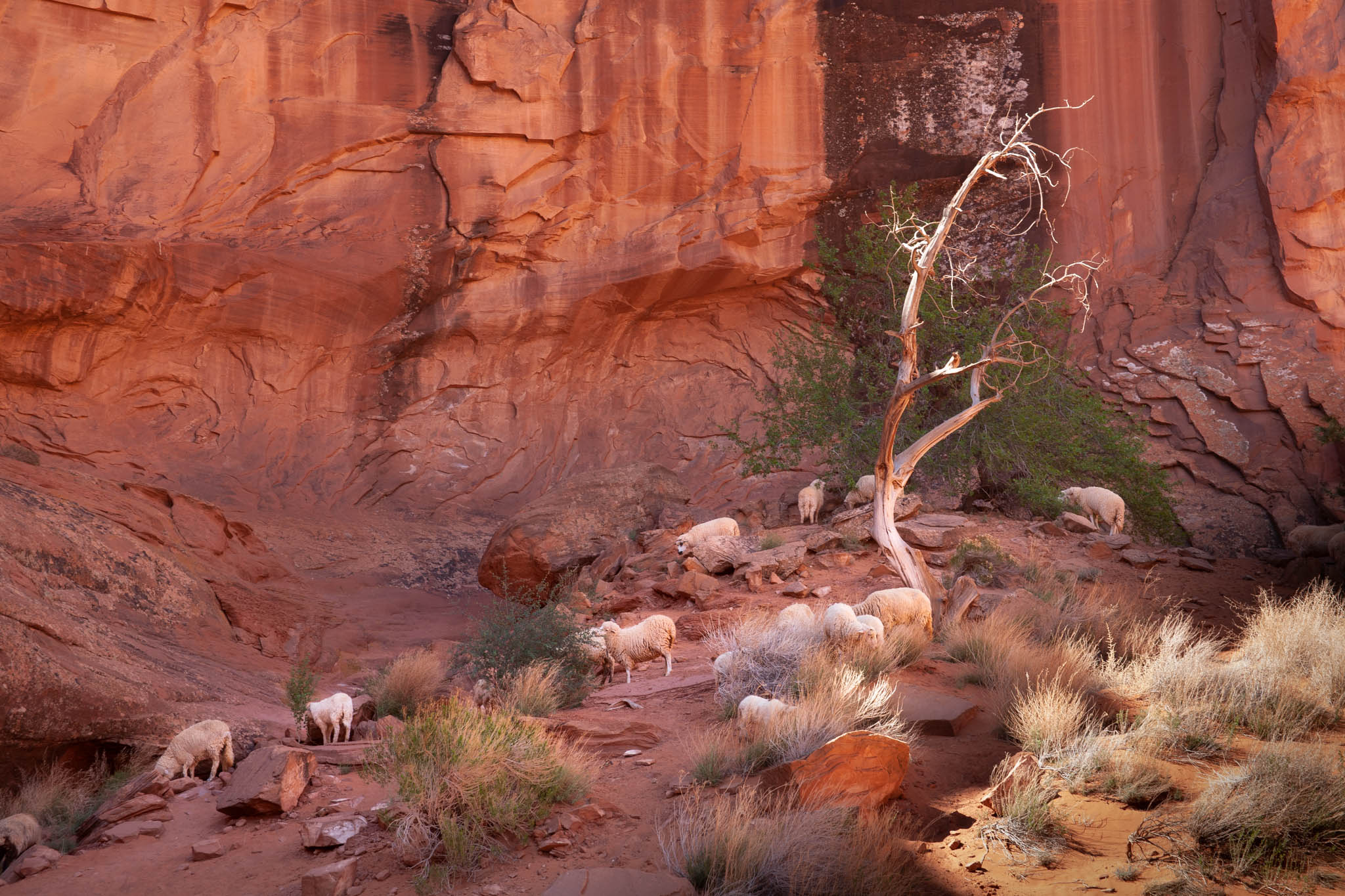 Later in the day we went to Tear Drop Arch where we could shoot through the arch back towards Monument Valley. 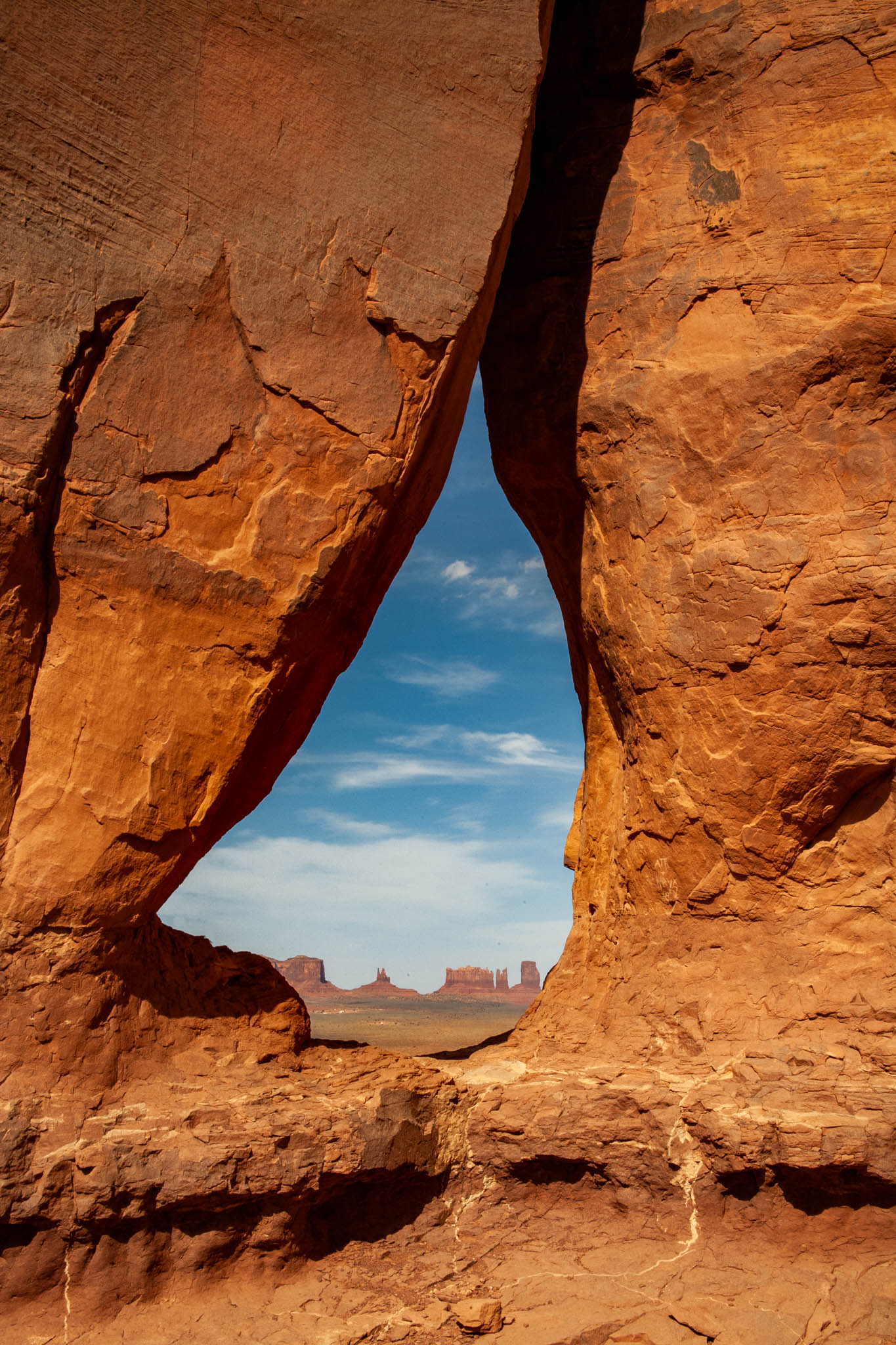 Day three started early out early and it was a good thing, because our four-wheel got stuck in soft sand and it took a bit of time to dig out. 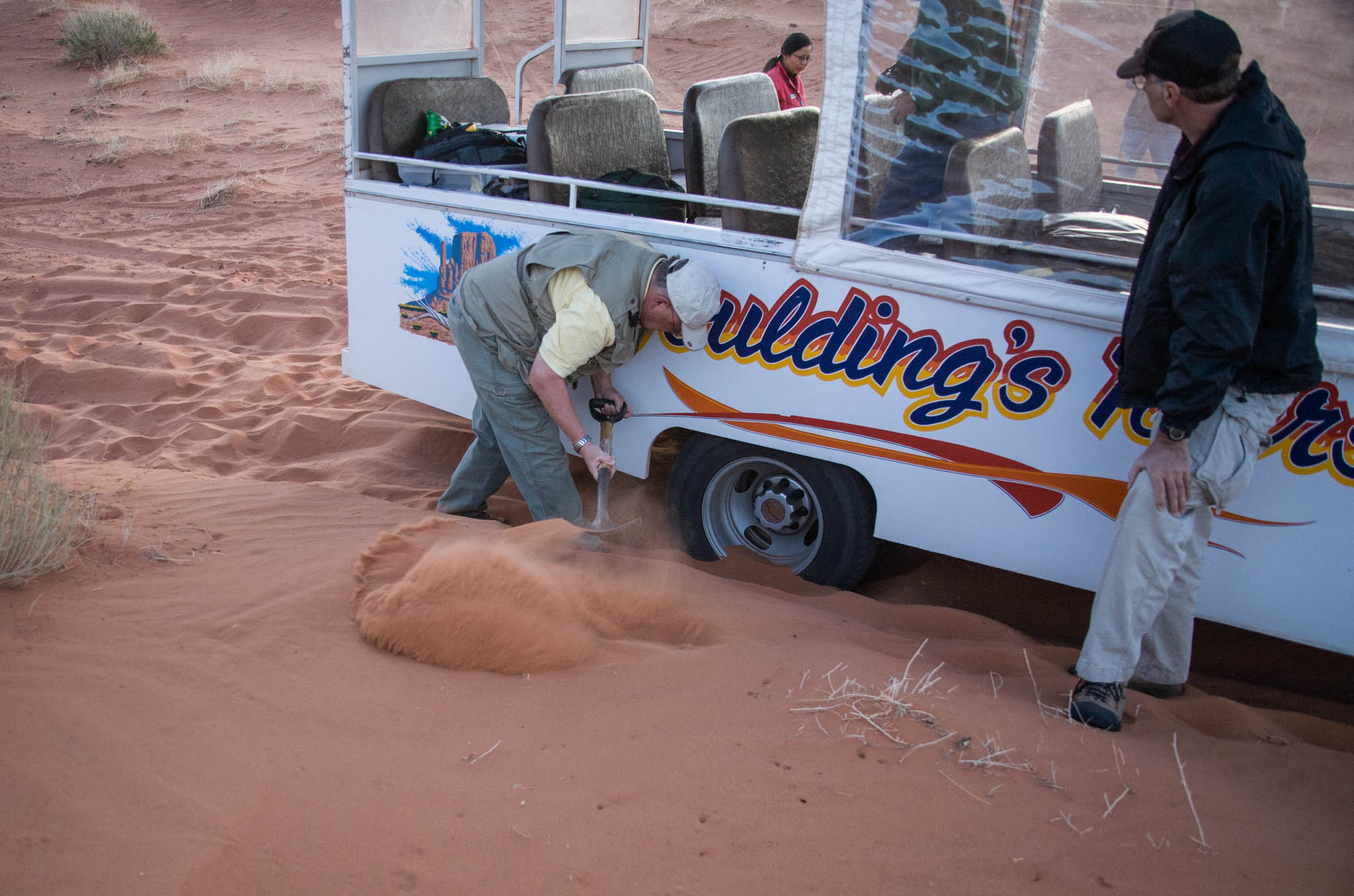 Once that adventure was over, we headed to Mystery Valley and Pancake Flats to shoot some very interesting rock formations. 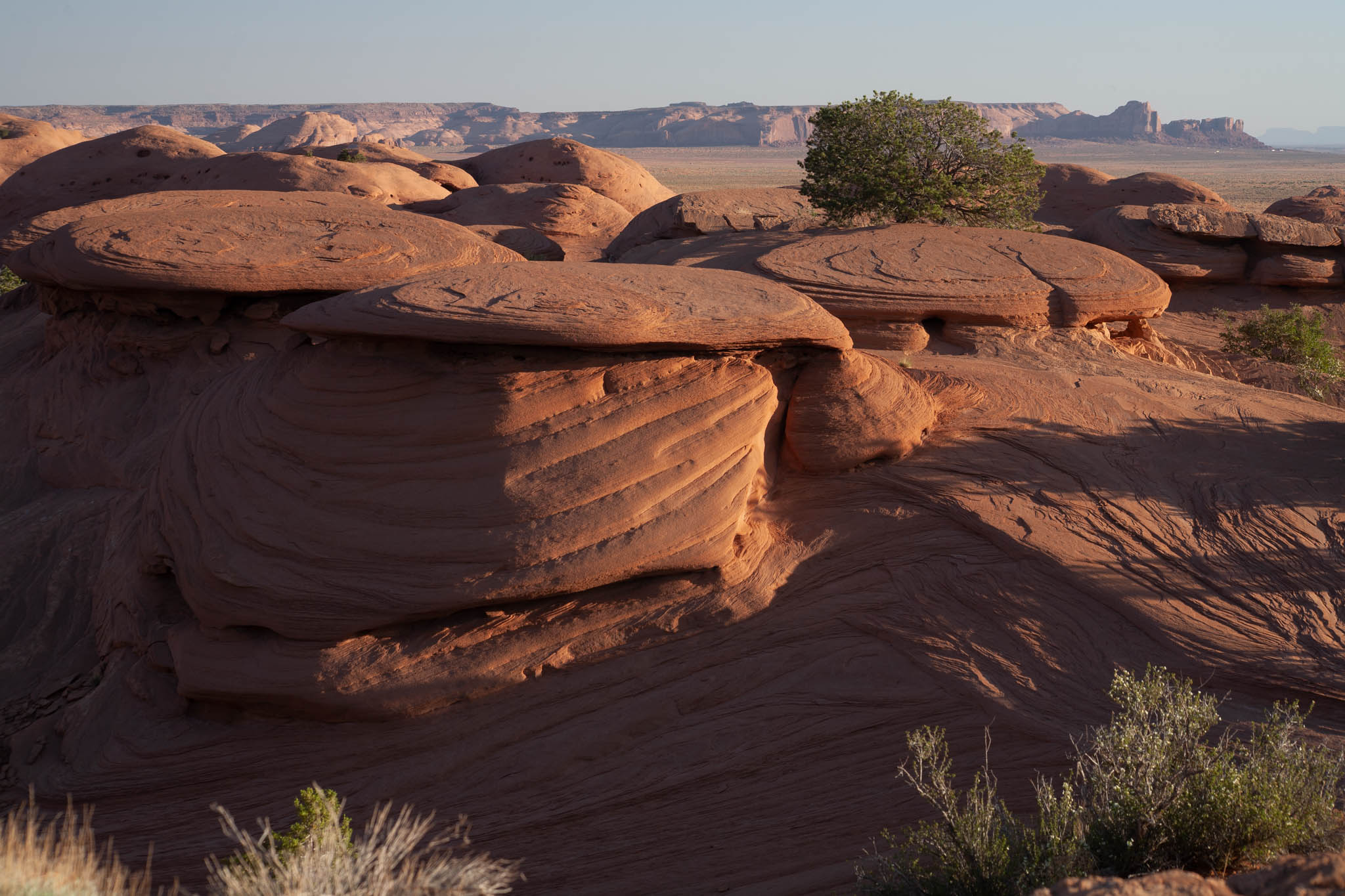 In the afternoon we headed to Chinle where we would be staying for the next couple days. After settling in we went to the overlook of Canyon de Chelly where we photographed Spider Rock and Sliding House. The views from the overlook are spectacular, so we spent our evening there. Spider Rock is a sandstone spire that rises more than 700 feet from the canyon floor and we were looking down at it. There are ruins that can be seen from the overlook, but they are too far away to photograph. 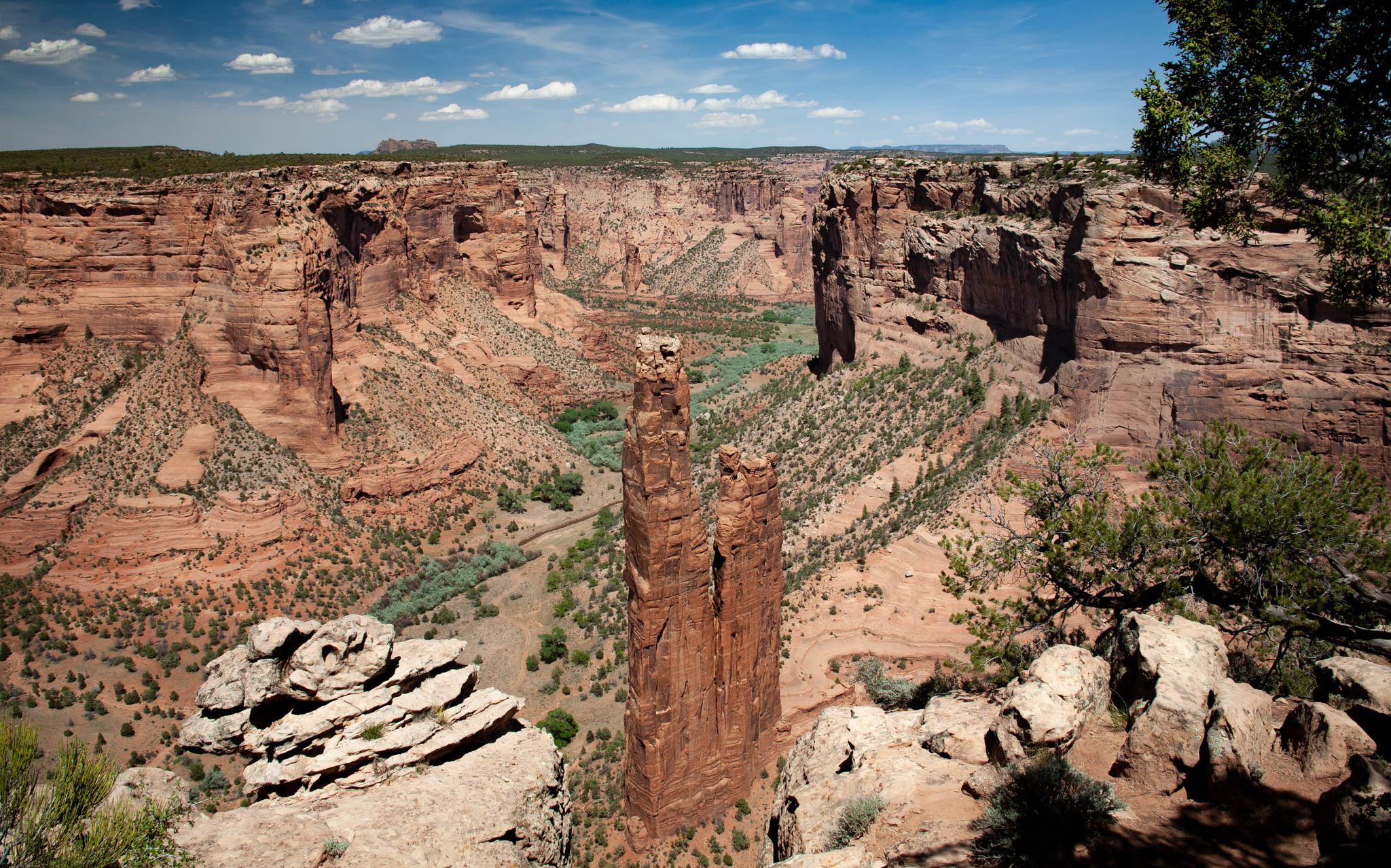 Tomorrow, we will head into the canyon. This fourth day would take us to deep into the canyon for a full day private tour. 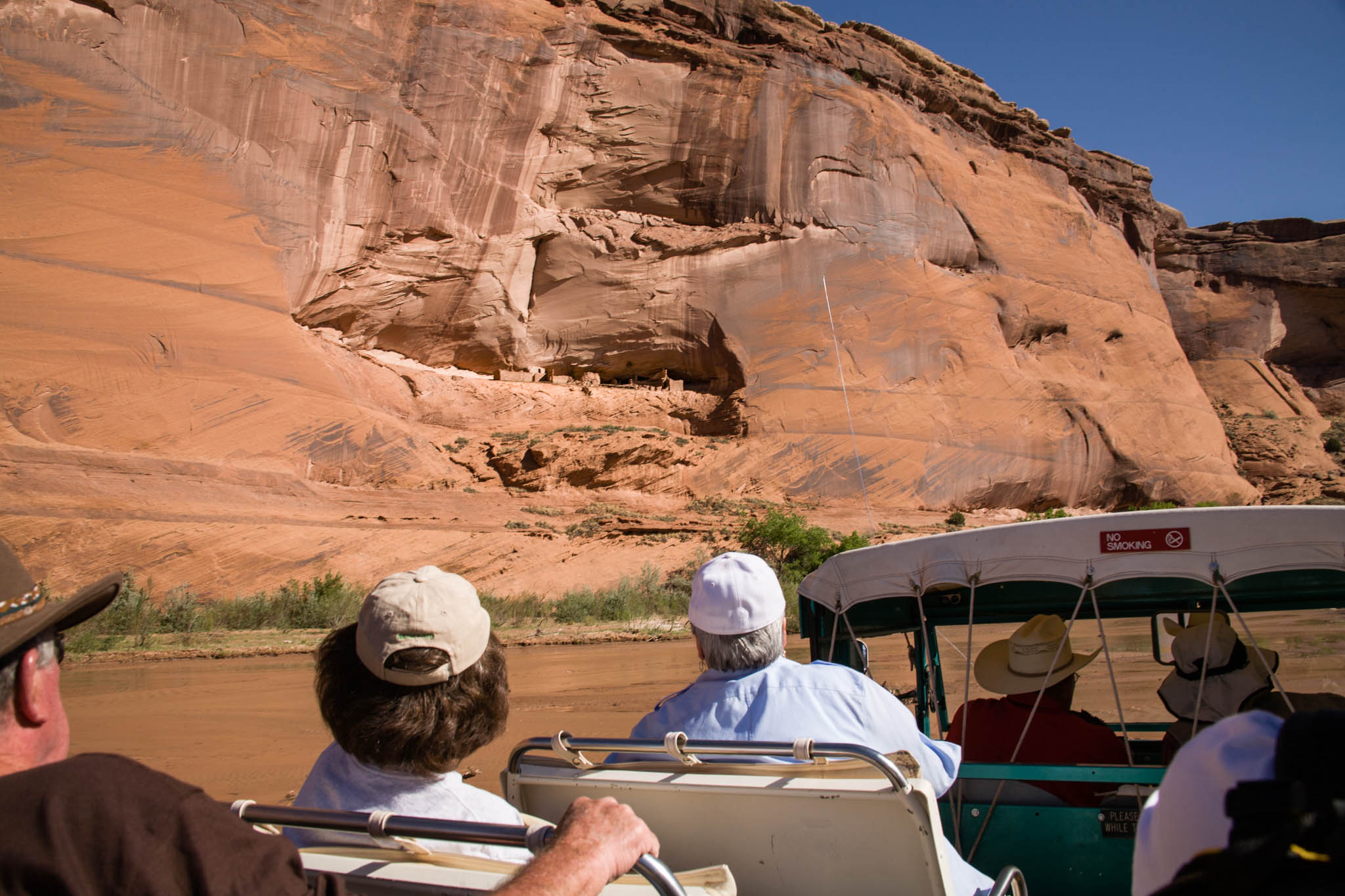 We would see and photograph First Ruins, Junction Ruins, Antelope House, and some pictographs. At Antelope House we met Travis Terry, a Navajo flute player who played and posed for photographs.

Note: The swastika seen in the image is a very ancient symbol found in ancient cultures the world over. 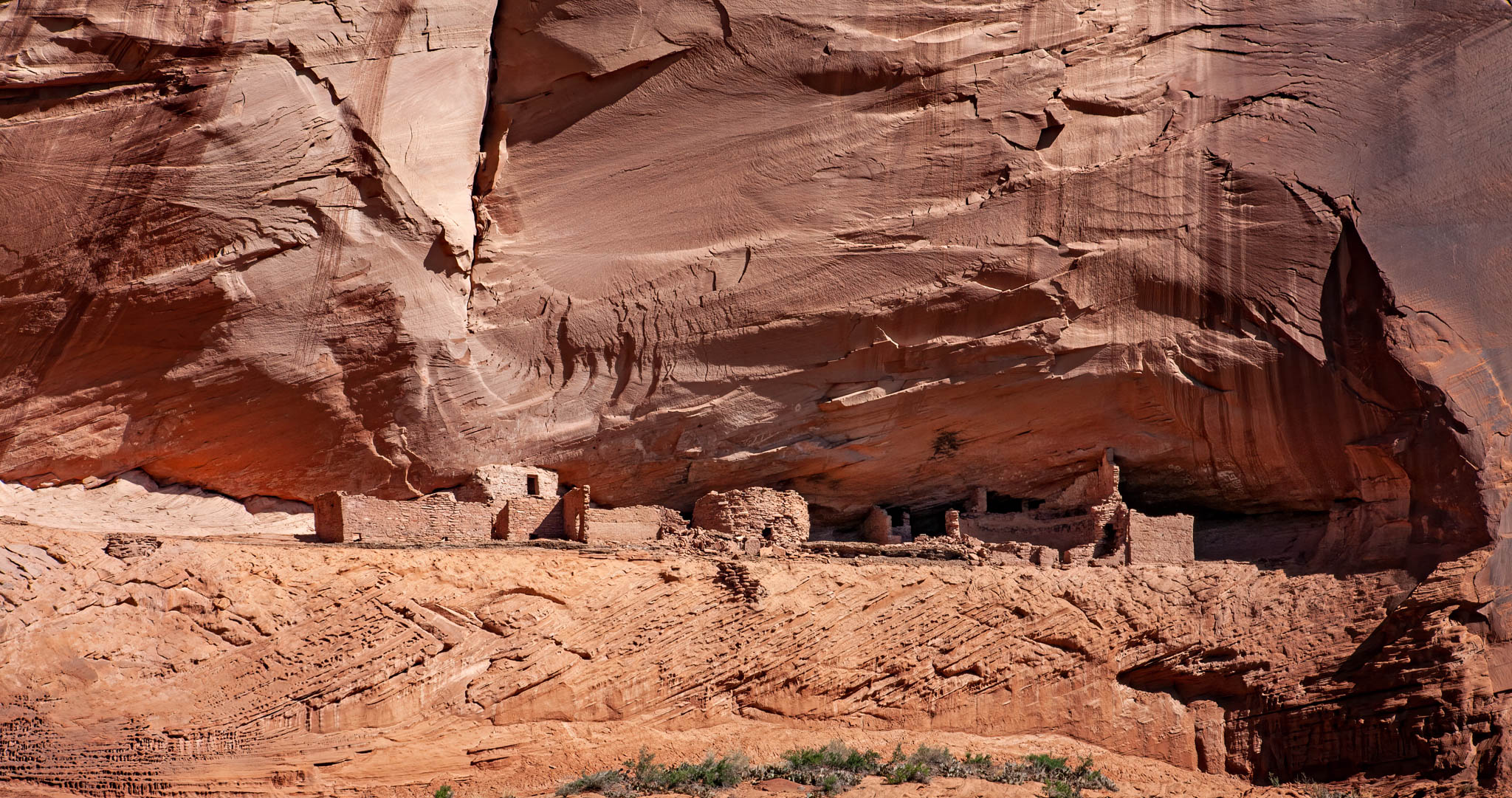 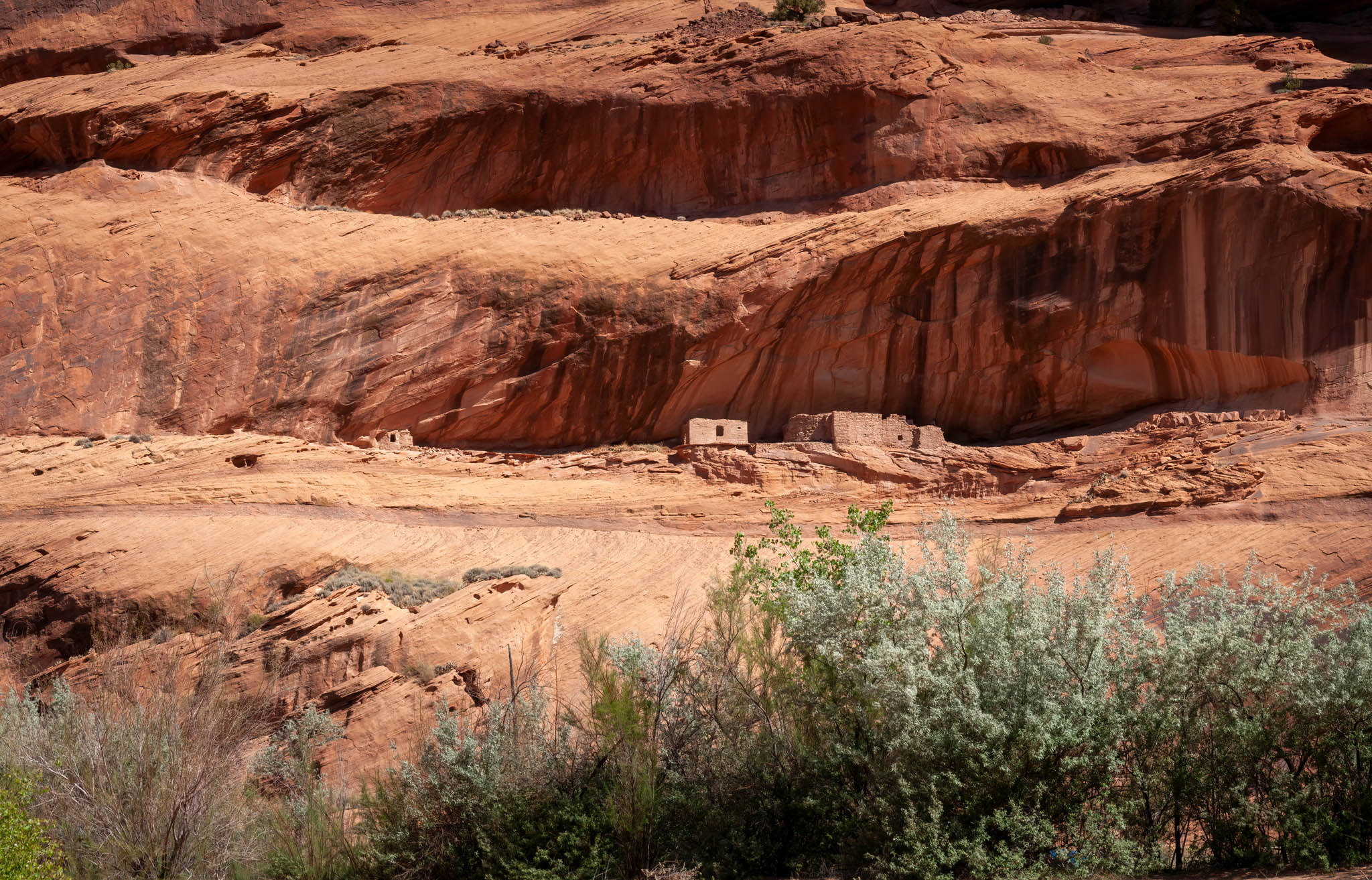 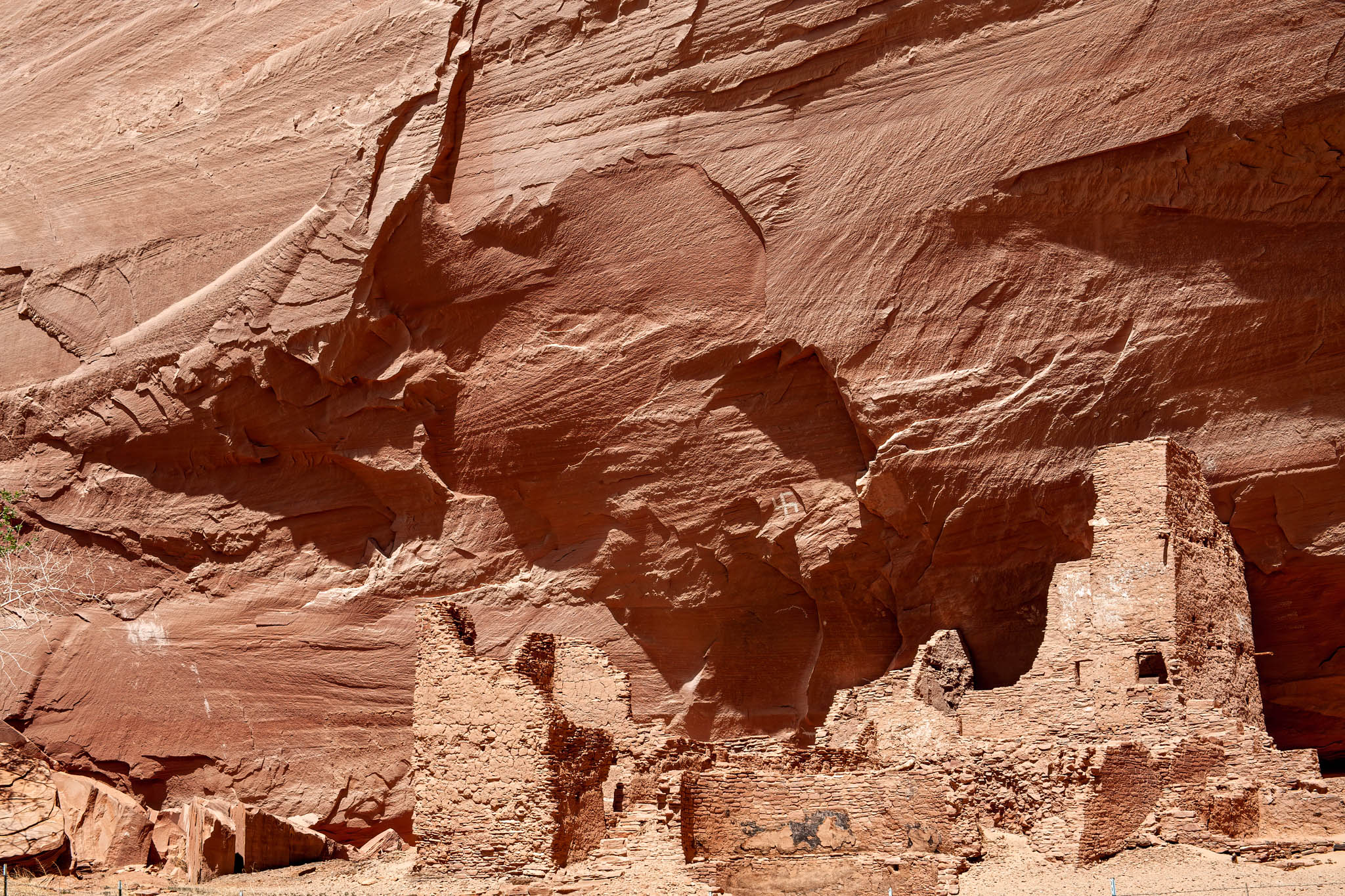 After lunch we proceeded to White House Ruins and Spider Rock amongst other places of interest around Spider Rock. On our fifth and final day of the workshop, we rose early for sunrise at Tsegi Overlook. Then after breakfast we headed back to Phoenix, but we made one more stop to shoot at Coal Mine Canyon. 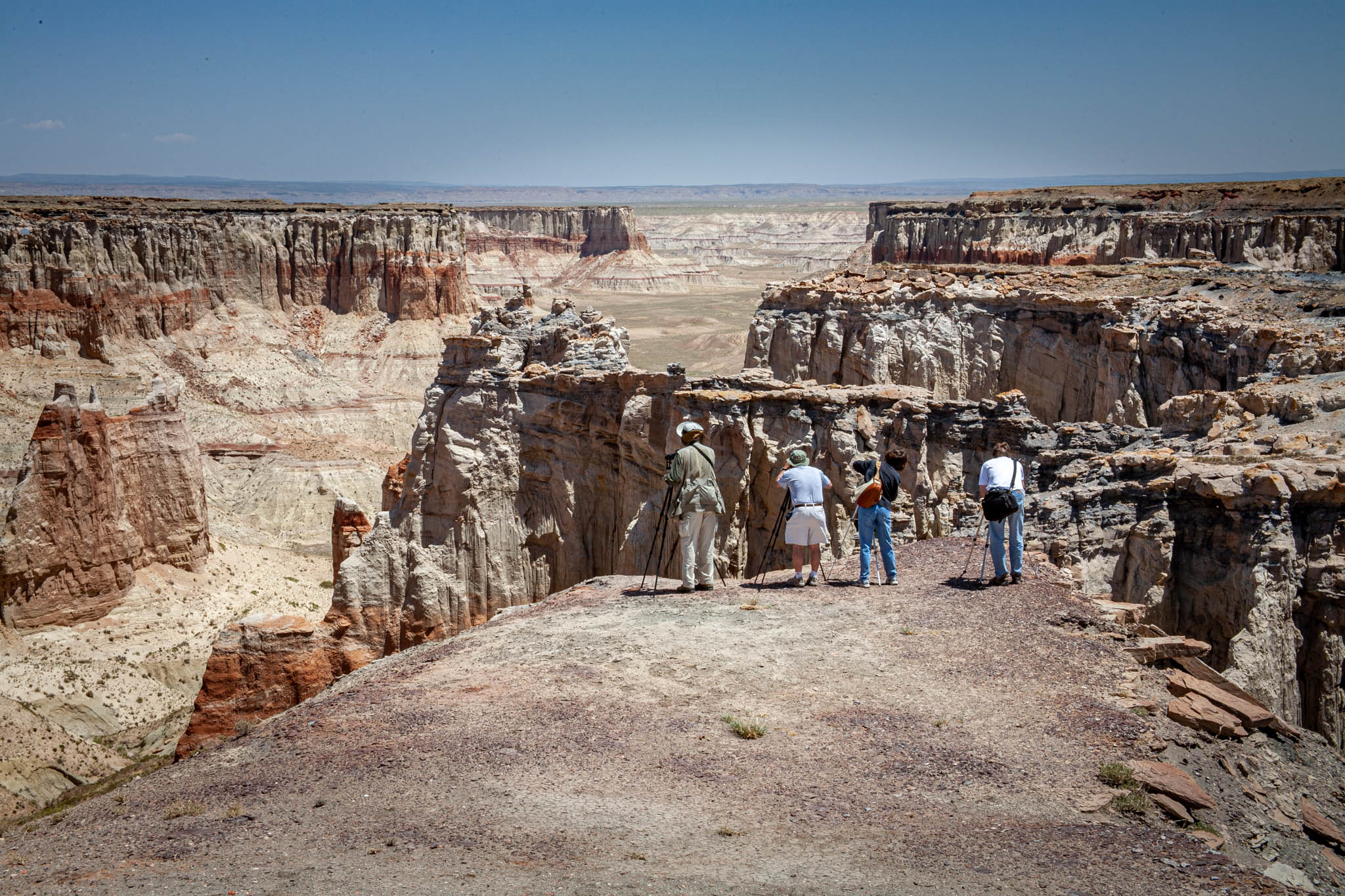 Many of these sites can be seen when you join one of these Arizona Highways PhotoScapes Workshops.

Best of the West Photo Workshop