JPG vs. RAW: The Debate Continues

The debate continues whether to shoot in RAW or JPG format. I choose to shoot both. Once finished with a shoot, I like to quickly review the shots taken in JPG to decide which ones might be worth refining in post-processing. This past weekend reinforced an important lesson to me: if in doubt whether a shot has potential, ALWAYS take a look at the RAW image!

Comet Neowise has graced our skies over the last few weeks. By the time I learned of its existence, Neowise was in its last few days of being seen with the naked eye. So, I headed out one night, even though Mother Nature filled the evening sky with cloud-cover. I knew Neowise was to appear below the bucket of the Big Dipper. I waited patiently, hoping that Mother Nature might see pity on me. At long last, the clouds parted momentarily, and I could see the Big Dipper. I pointed my camera towards the area and took a couple test shots.  Reviewing the monitor, I saw nothing. I tried looking with binoculars and again, saw nothing. I knew it was out there somewhere in the vicinity, but to be honest, it’s hard to know exactly where the camera is pointed when it’s totally dark. I’m sure there must be some kind of “App”, but I was working without one. I repositioned the camera, adjusted for a wider angle, and took a few more shots. Still a big zero on the monitor! The clouds invaded the area once again, so I decided to call it a night and head home.

To say the least, I was disappointed. But since so few images were taken, I decided to review them anyway. The RAW and JPG images were adjacent to each other, and the first ten images looked like white dust on a black canvas with a few blurred clouds thrown in.

Most of the images looked just like the one below: 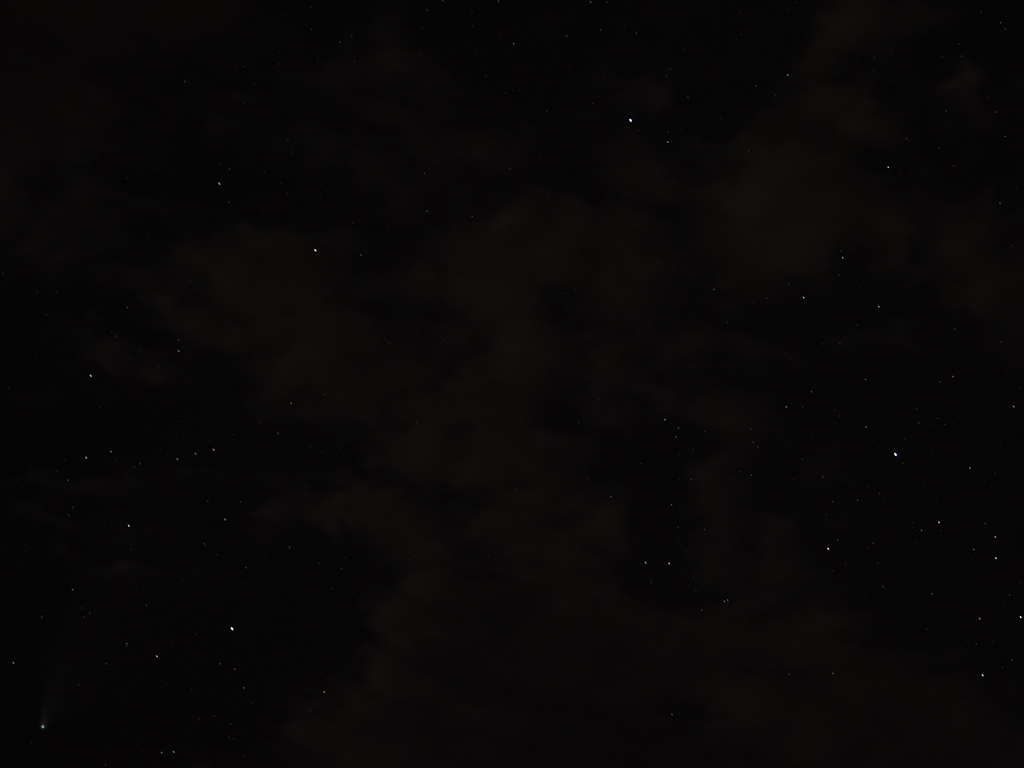 Much to my delight, several images later a small blue dot appeared. Here is the original JPG image: 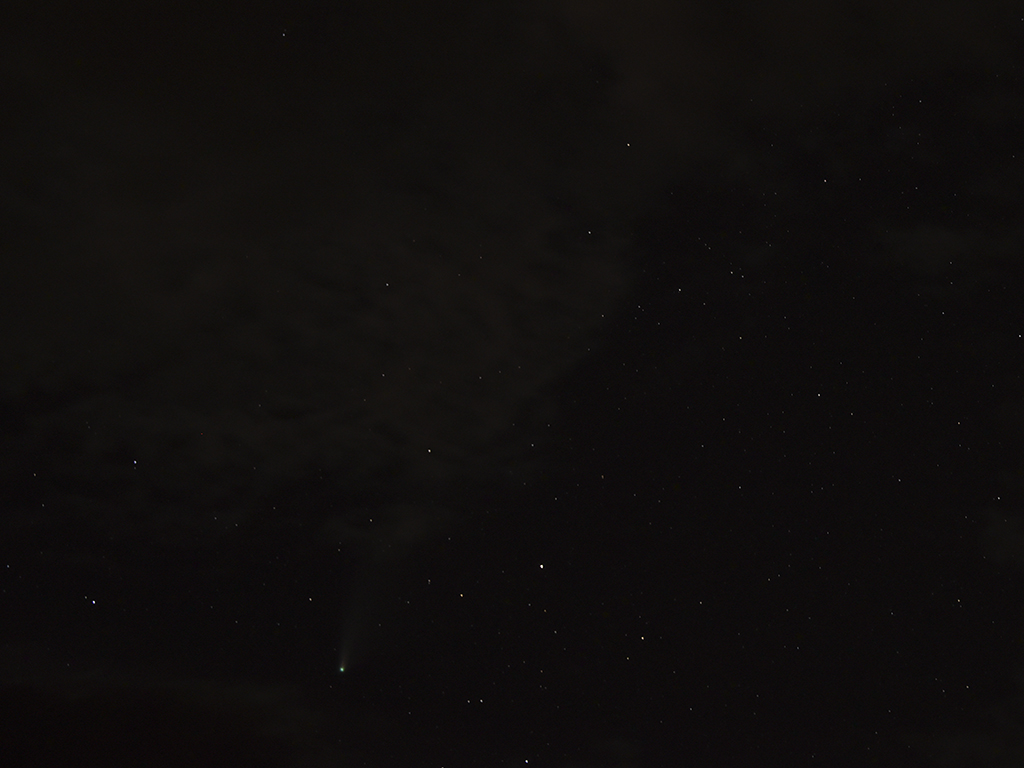 I tested out the very basic “auto” adjustment on the JPG (via Adobe Camera Raw). 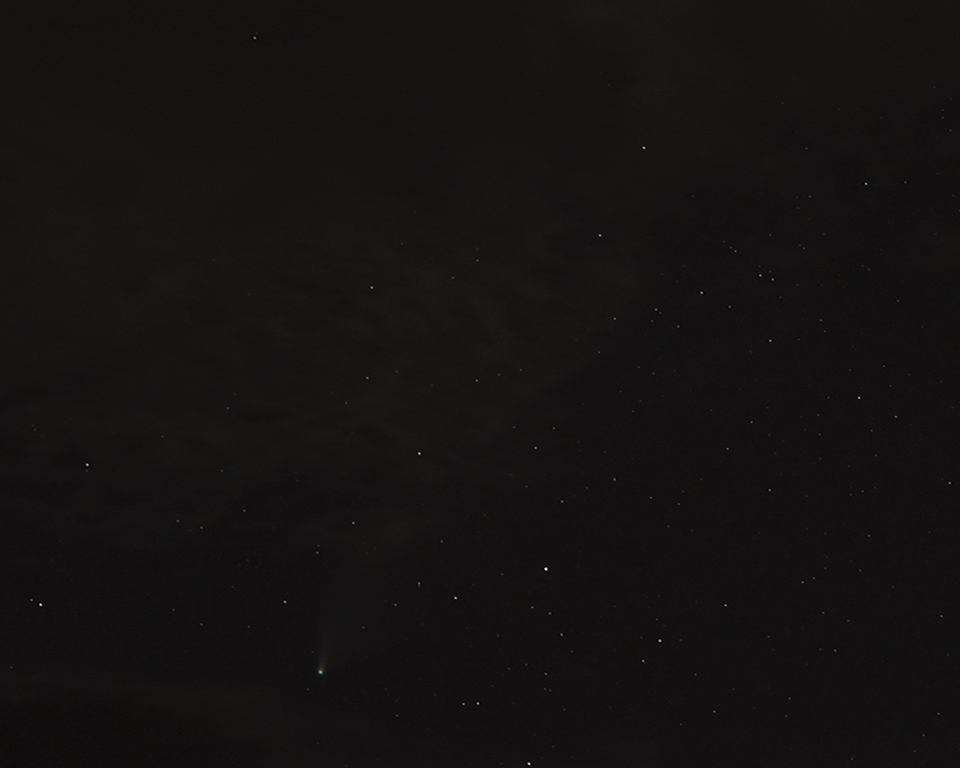 As can be seen, the auto adjusted image is not much different than the original JPG.

Next I clicked on the RAW version of the same image. 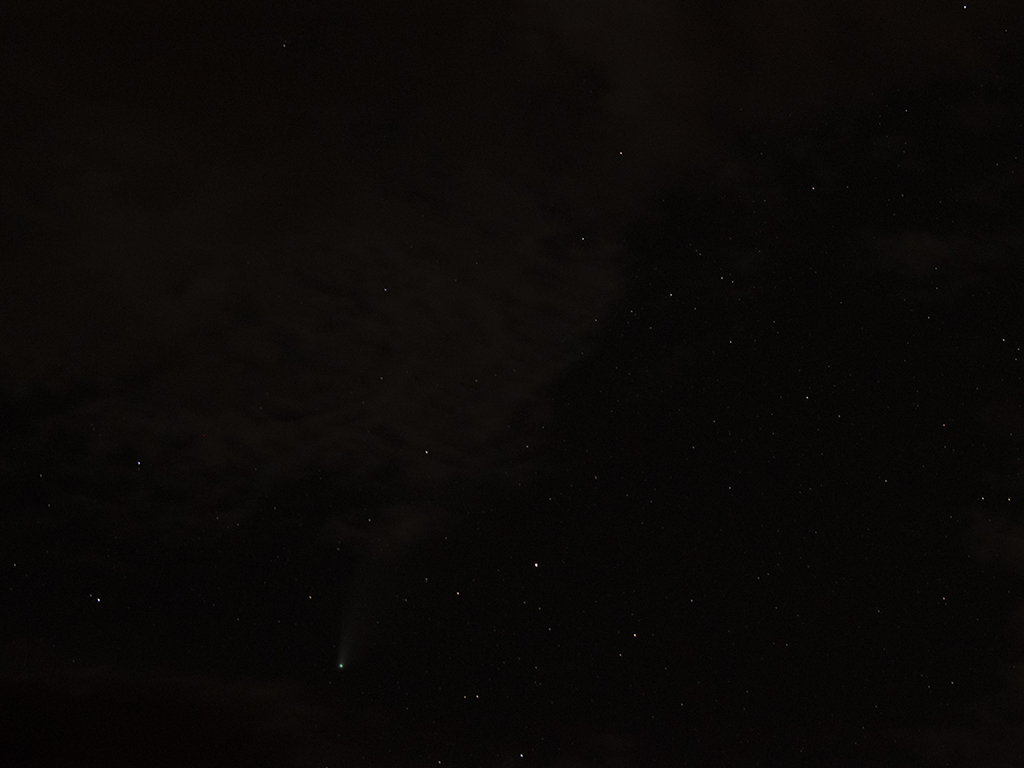 To my eye, the RAW version looked the same as the original JPG image.

But magic happened when “auto” adjustment was applied to the RAW image. 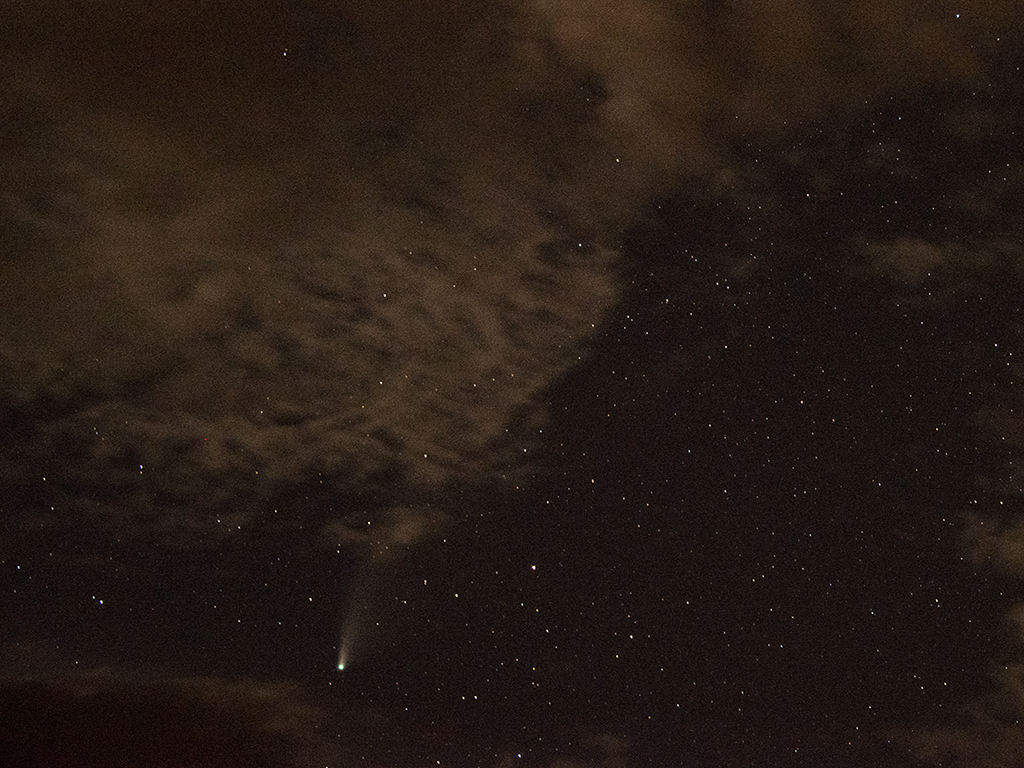 Clearly the comet and clouds are more defined. Why, because RAW images capture more data and color information. JPGs throw out both ends of the color spectrum: i.e. the far ends of light colors and dark colors. As one of my favorite instructors famously used to say: “It’s like comparing an 8-color box of crayons to a box with 256 colors!”

To say the least, the image still needs a great deal of work to reduce the noise, adjust the color, etc. But at least there’s a chance for additional adjustments, solely because the image was captured in RAW.

I’ll take the 256-color box of crayons, thank you.

Carol Crane is a Photo Guide for Arizona Highways PhotoScapes.