Added Bonus: Landing on a Glacier

What is there to do when you find yourselves with an extra day in Anchorage, Alaska, in July? My husband Steve and I had already hiked in the nearby Chugach State Park and had been terrified when we happened upon a mama Grizzly with cubs who seemed to start following us when we turned around to yield the trail to her the day we arrived. 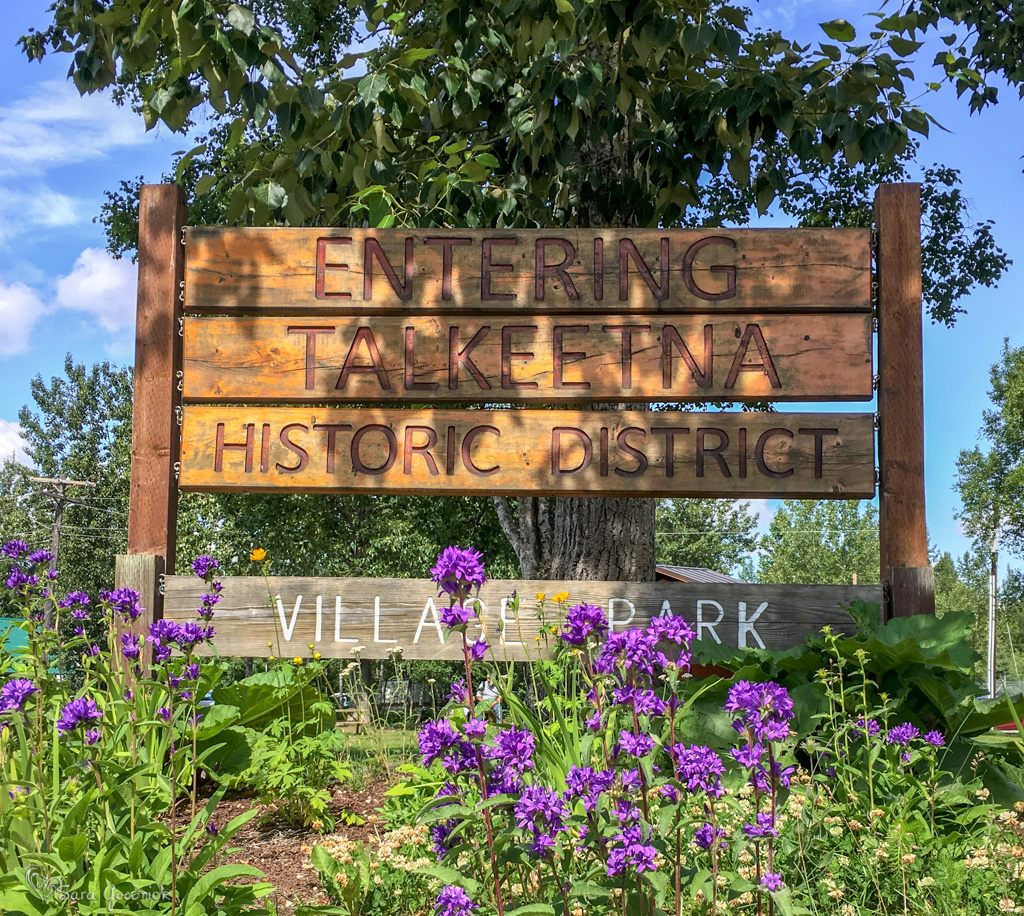 A friend had advised us earlier to drive to Talkeetna and take a bush plane ride around Denali. With more hiking less than appealing at this time, we set out on the road for the 2.3-hour drive.

Without having made prior reservations, we didn’t really think we would be able to board any flights in this popular area, but the scenery was nice and once we arrived, we found Talkeetna, though tiny, was charming. Tourists were all over the place, and parking was scarce, further dashing our hopes.

Steve wandered up to one of the little buildings where Denali flight tickets were sold. It was later in the afternoon, and no one was buying tickets. The man behind the counter exclaimed that there was only one flight left to go out and it wasn’t full, so he would give us 50% off on our two tickets. That sealed the deal.

This tour featured landing on a glacier and walking around for a few minutes—very interesting indeed!

Only 8 passengers were allowed on the flight. We had dressed in warm clothing and hiking boots for this just in case, so we were prepared. I held my camera on my lap, with the 24-120mm lens attached, knowing a change of lenses would be impossible once we were moving. The seats were not comfortable, it was loud and rough, but we were given headphones so we could hear the pilot. It was difficult from my angle to see out the windows, but we were airborne, and excitement set in. 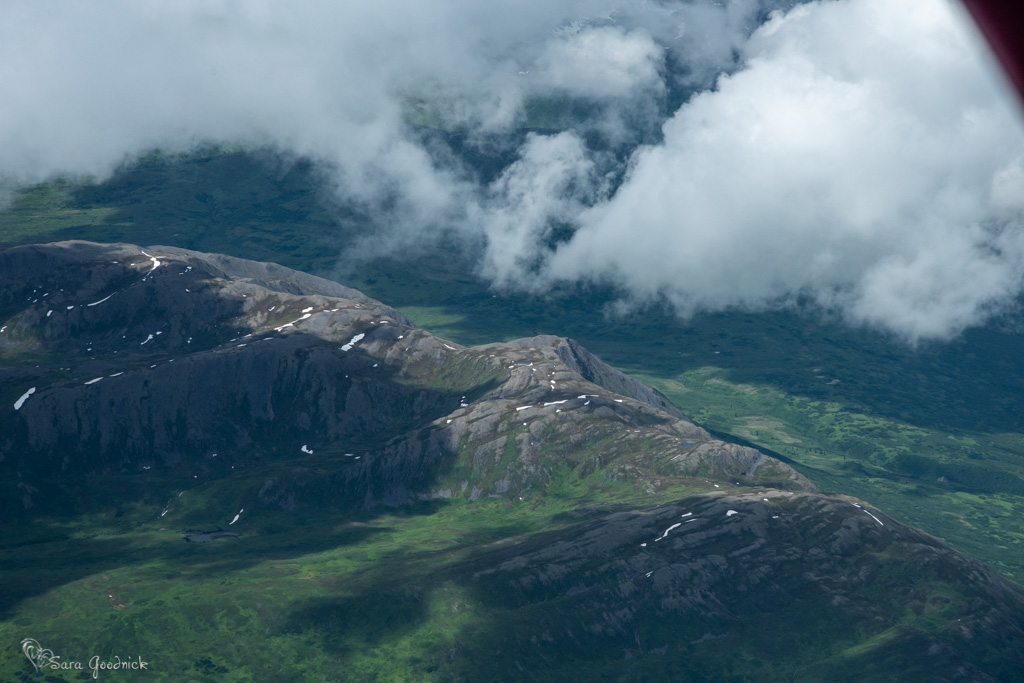 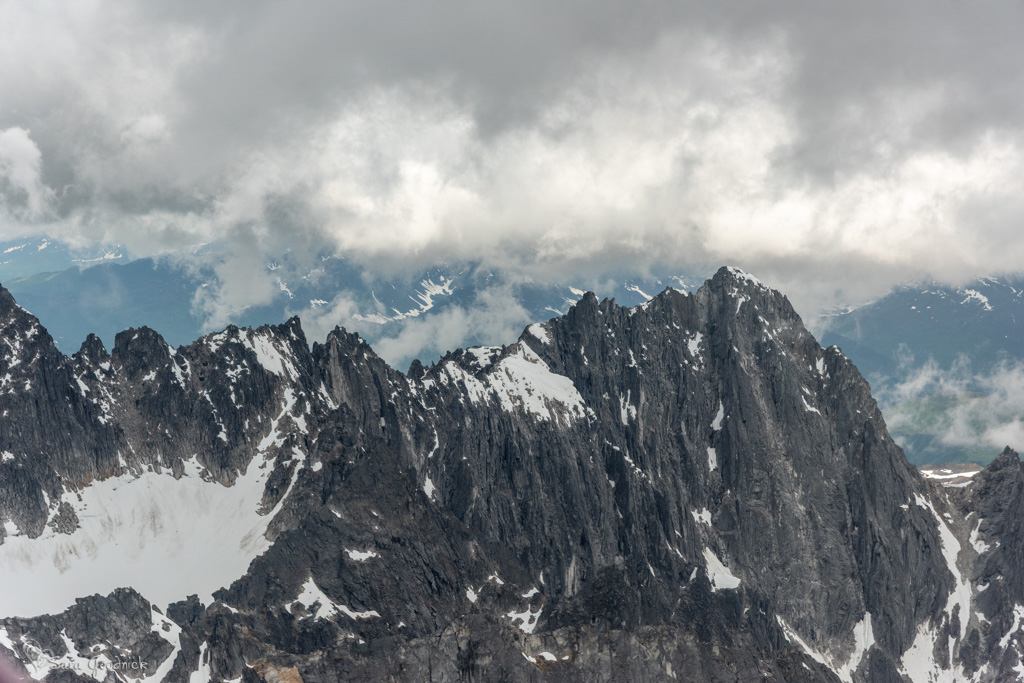 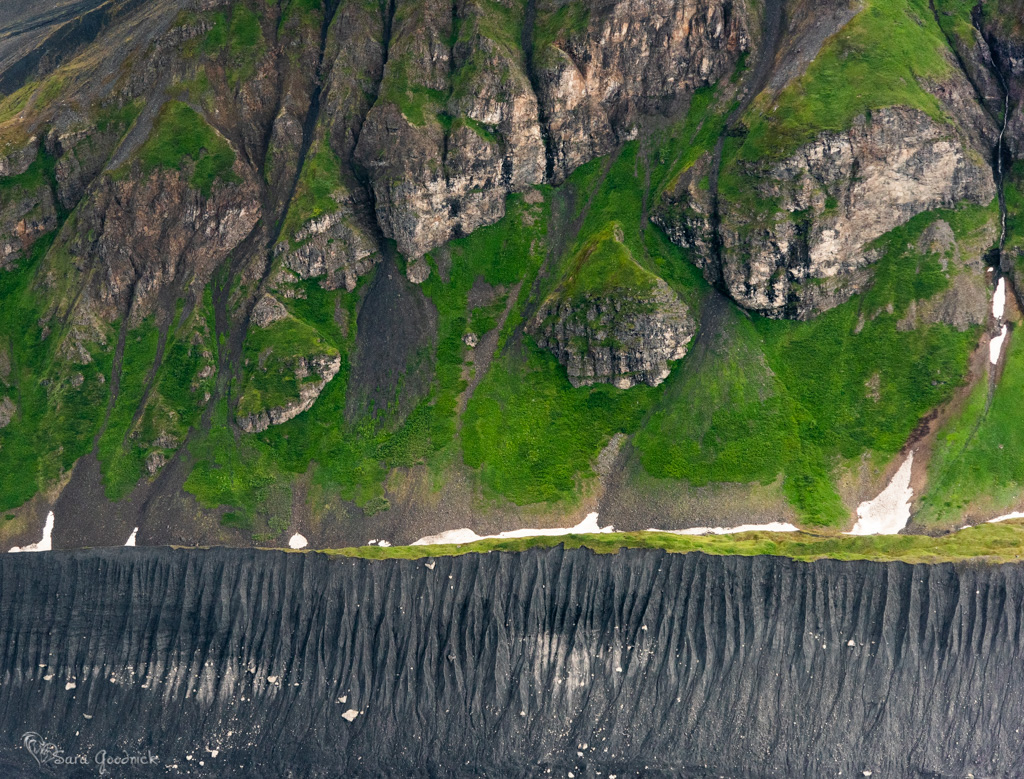 Our pilot was a petite young woman who told us her entire family were pilots and that she had been a pilot for over 10 years. She also mentioned that as a mother she was very safety conscious. I’m sure that alleviated fears some might have had. 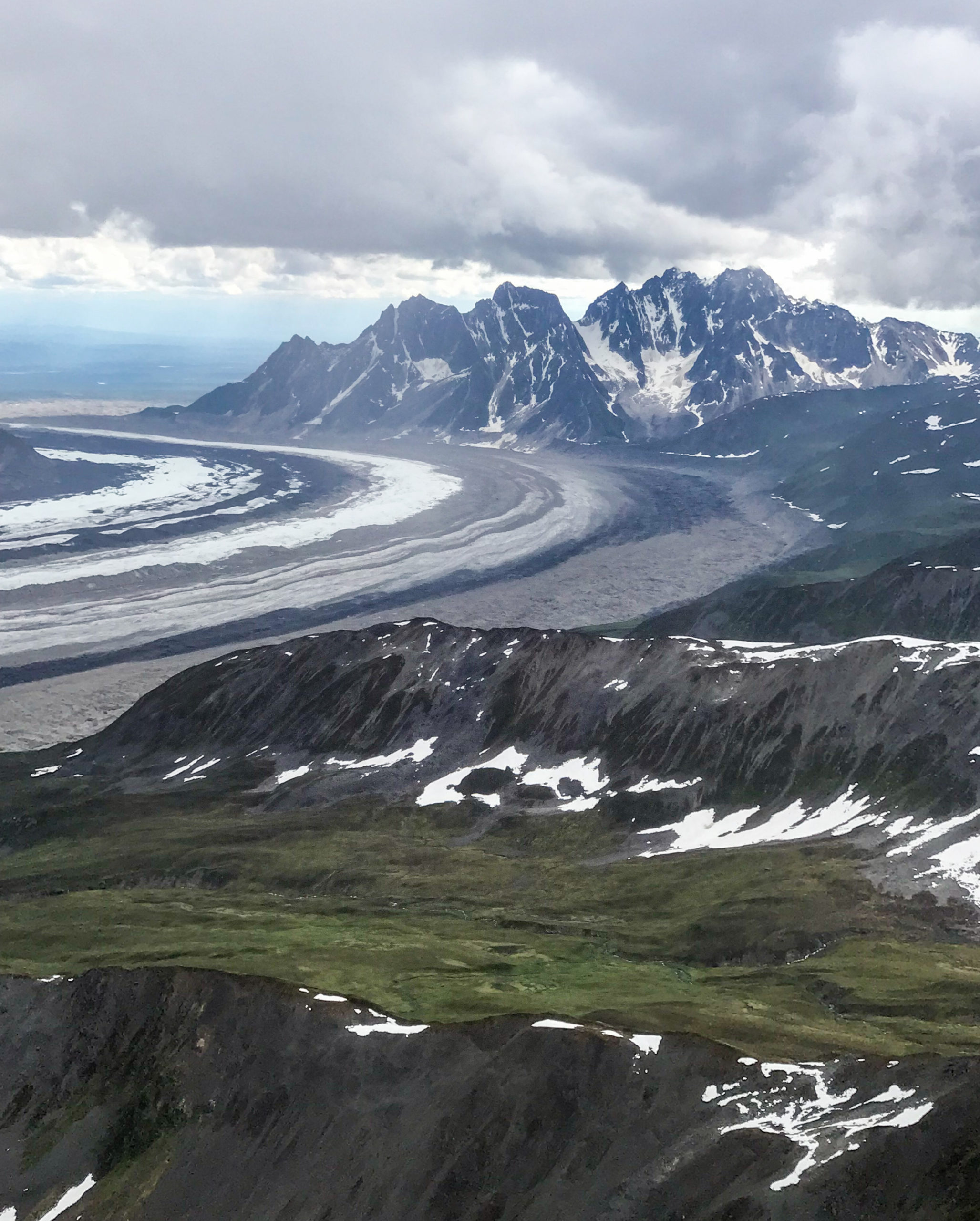 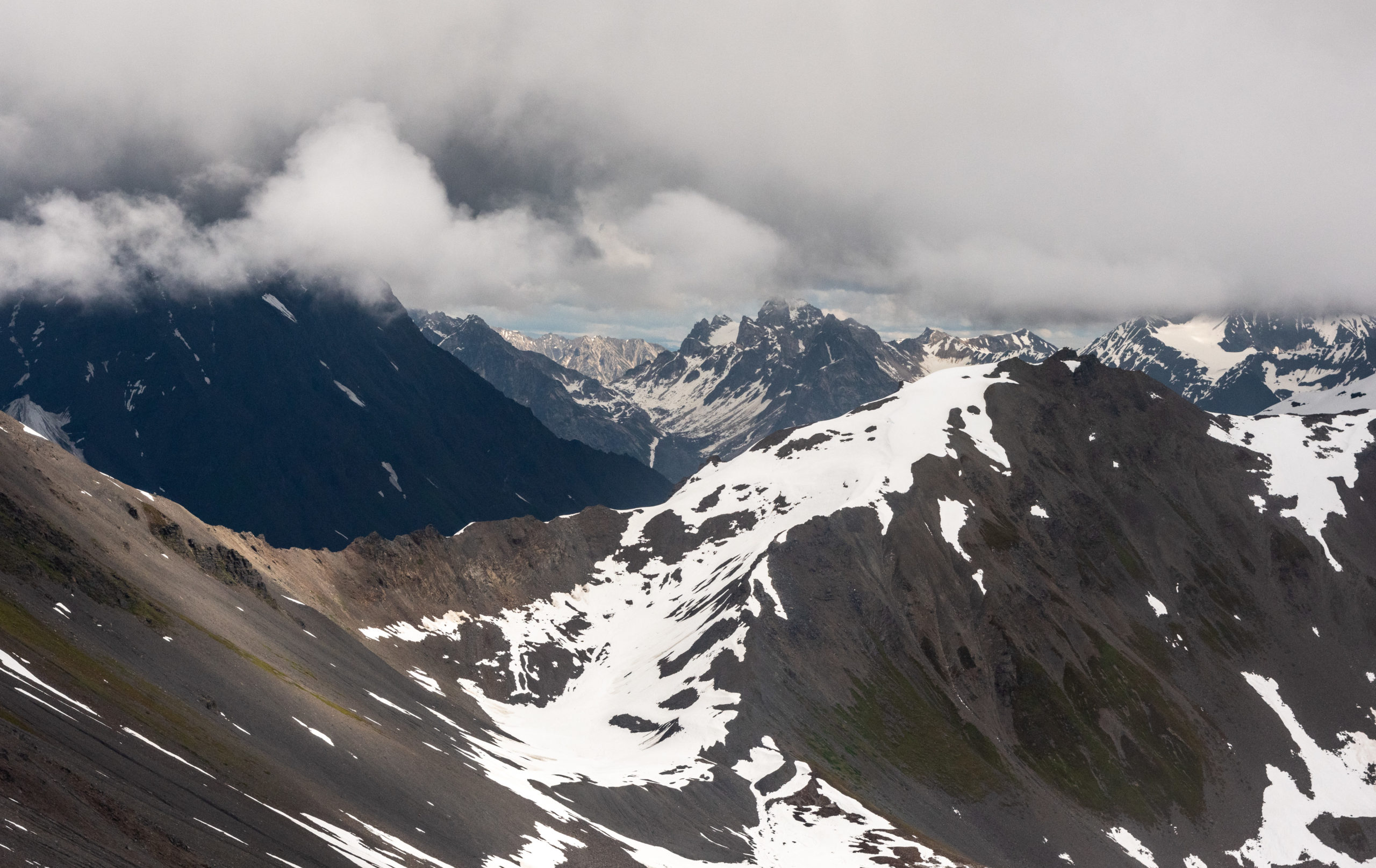 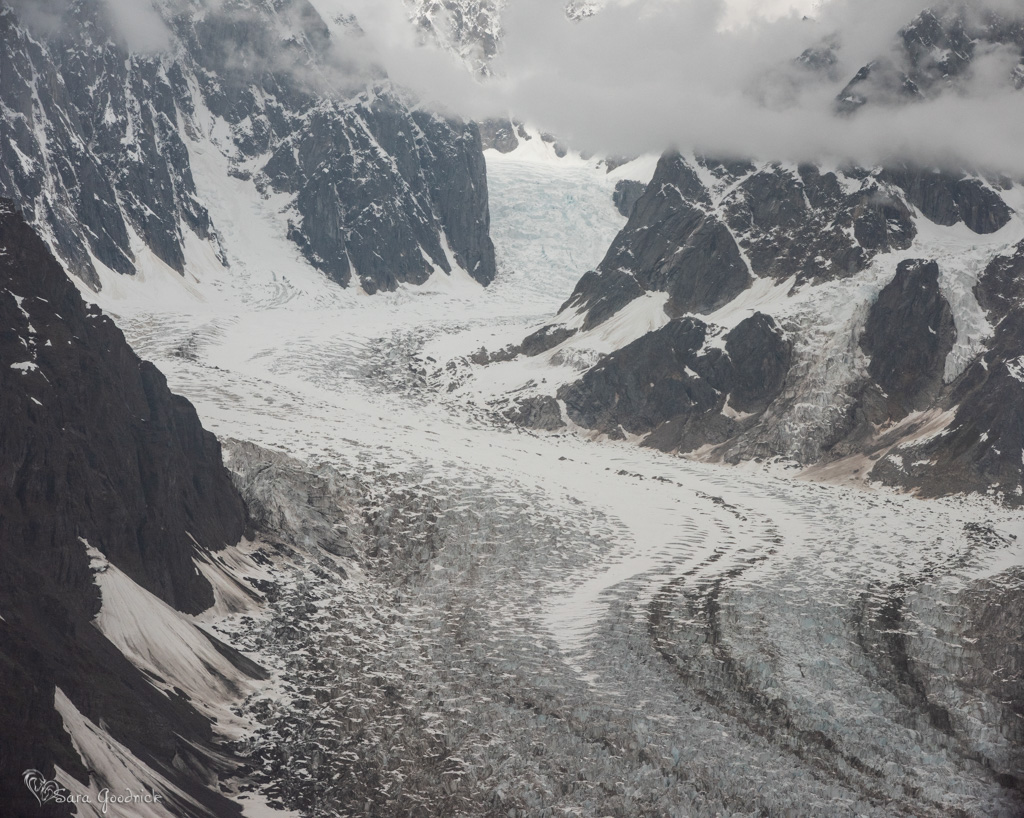 Our plane flew over green valleys that became glacier rivers, and then pure snow-covered ice. We wove through canyons and over ridges, always steady, nothing crazy. The relative sizes of the cliffs and valleys were deceiving. Our pilot pointed out a plane flying the opposite direction. It was just a tiny speck. 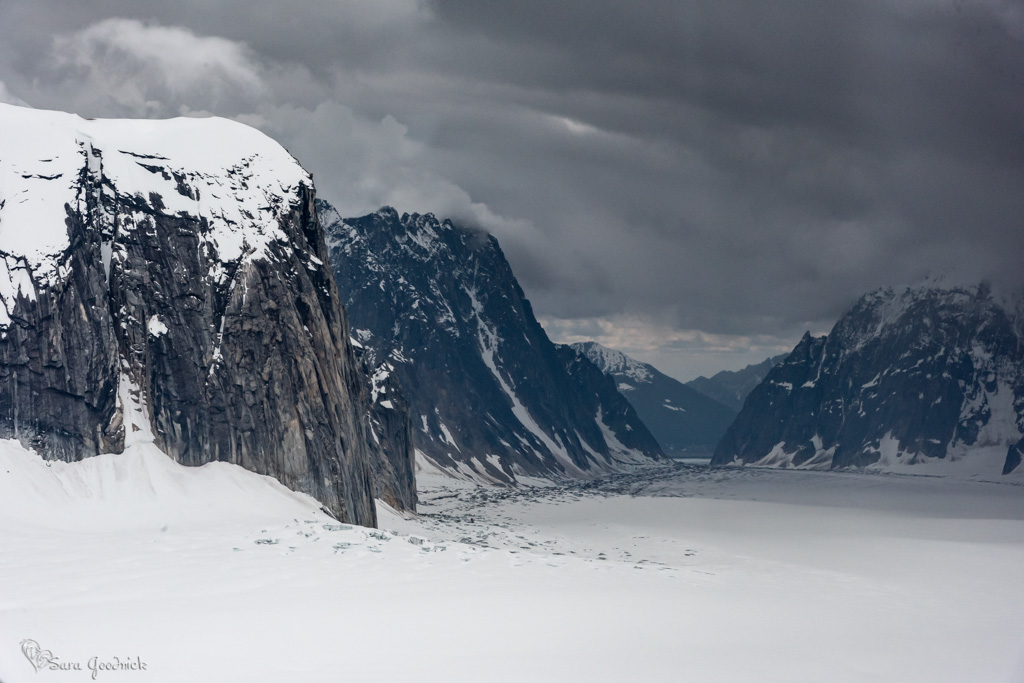 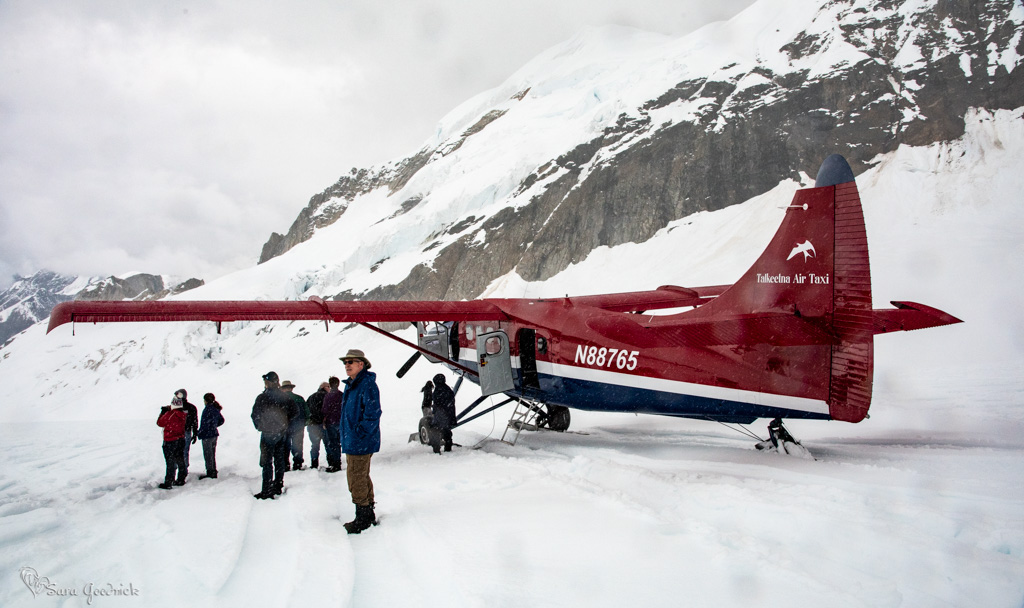 When we landed on the glacier, the few planes still there were departing. It was such a privilege to be in this rarefied air and unique location. It was announced that we would only have a few minutes on the snow because there was an incoming storm and we had to leave quickly to avoid having to spend the night there in the little safety hut high on a distant ridge. Motivated, we needed no urging to re-board. We were the last plane off the mountain, and it was exciting to see that storm looming towards us as we made our escape. The trip back to Talkeetna was as beautiful as the outgoing one. This, we would do again for sure! 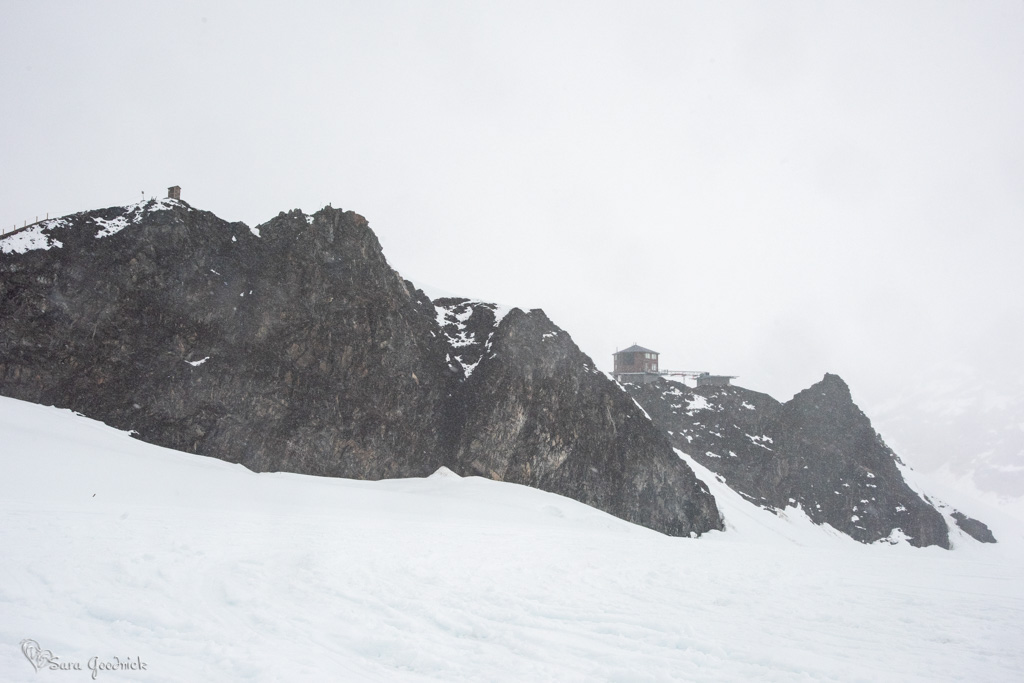 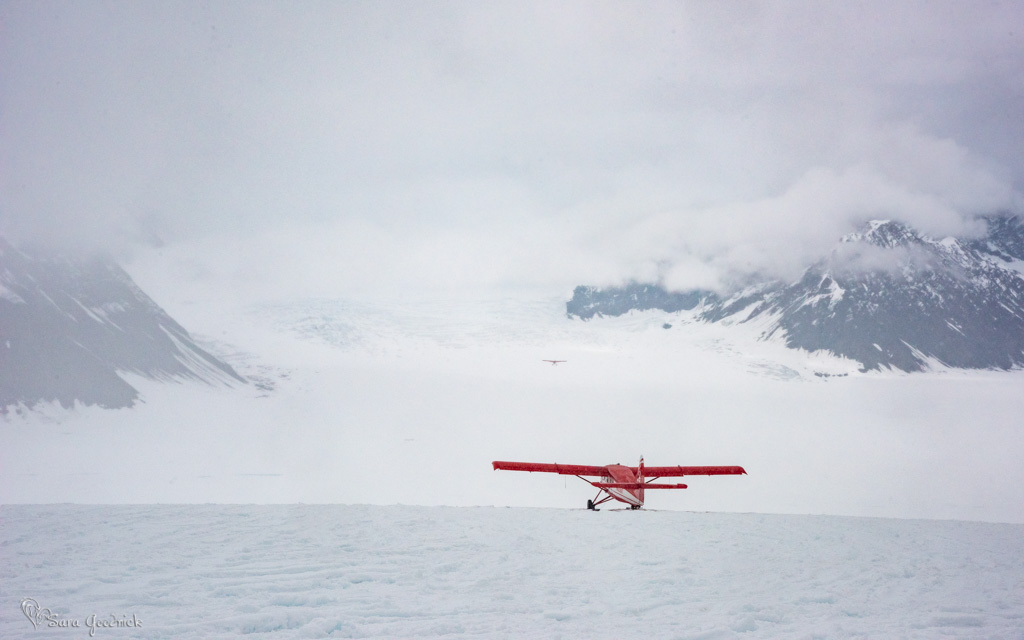 Sara Goodnick is a Photo Guide with Arizona Highways PhotoScapes.