Capture Your Moment Destination Getting the Shot Photography Storytelling WildlifeJune 3, 2020

No this won’t be a children’s story. Rather, it is a story taken from the reality of the interaction of eagles in the wild in Juneau, AK. We took our workshop participants to a field behind a vacant building off the inter coastal waterway to view spawning salmon being attacked by birds.  The first day we were able to photograph sea gulls trying to attack the salmon. However, the next morning we were surprised to see a large number of eagles and sea gulls seeking their morning breakfast on a feast of fresh salmon.

The salmon were weakened in their efforts to spawn by the lack of oxygen in the brackish water and with their natural instinct to spawn upstream in fresh water after coming from the sea.

Our professional photographer challenged us to find a story in our images. Using a Nikon D700 with a Nikkor 300mm f4 lens I was able to focus on a number of birds. For some reason in trying to catch a bald eagle landing on one of the small strips of land I saw the story unfold and was able to capture its entirety over a period of 3 minutes. While we generally have patience in Nature photography, to “feel” out an actual story is quite a challenge.

The first 6 images show the bald eagle landing on the strip of land and watching the eaglet pull a salmon out of the water with its talons. The eaglet tries to shield its catch but the bolder “bully” gets closer. 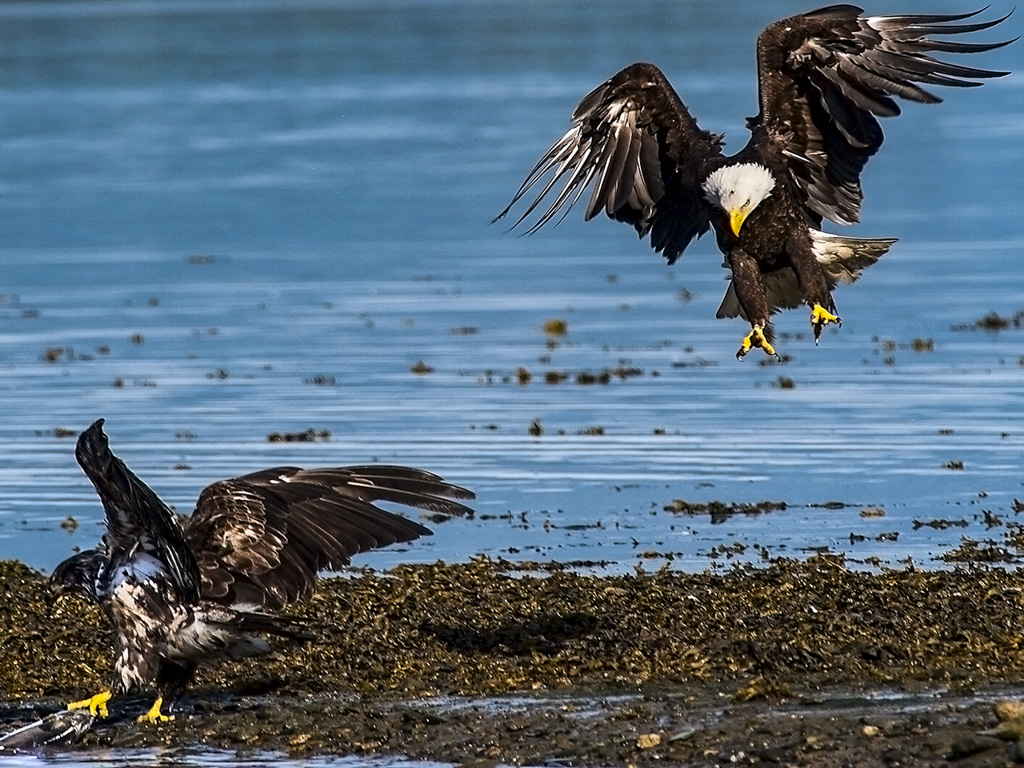 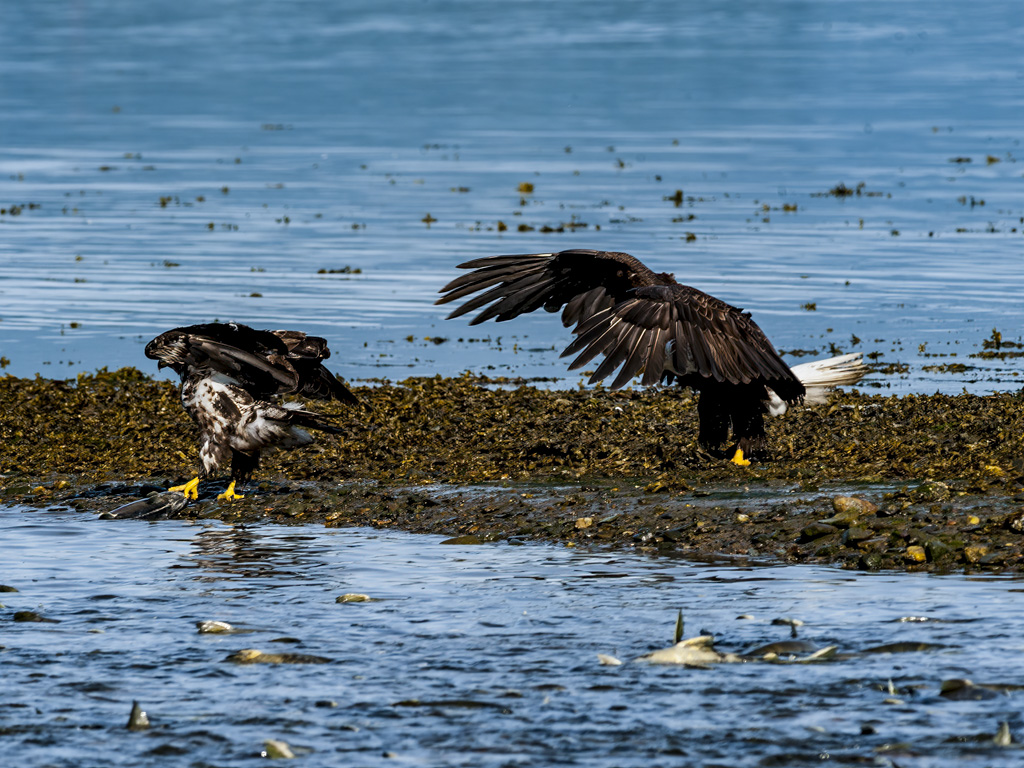 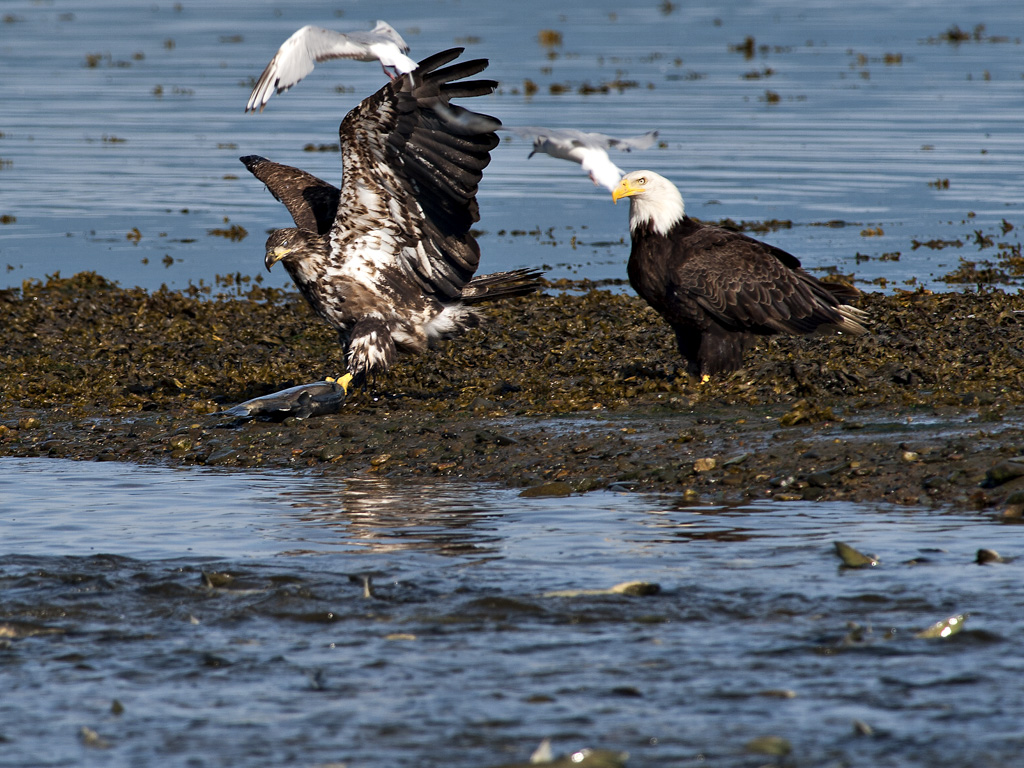 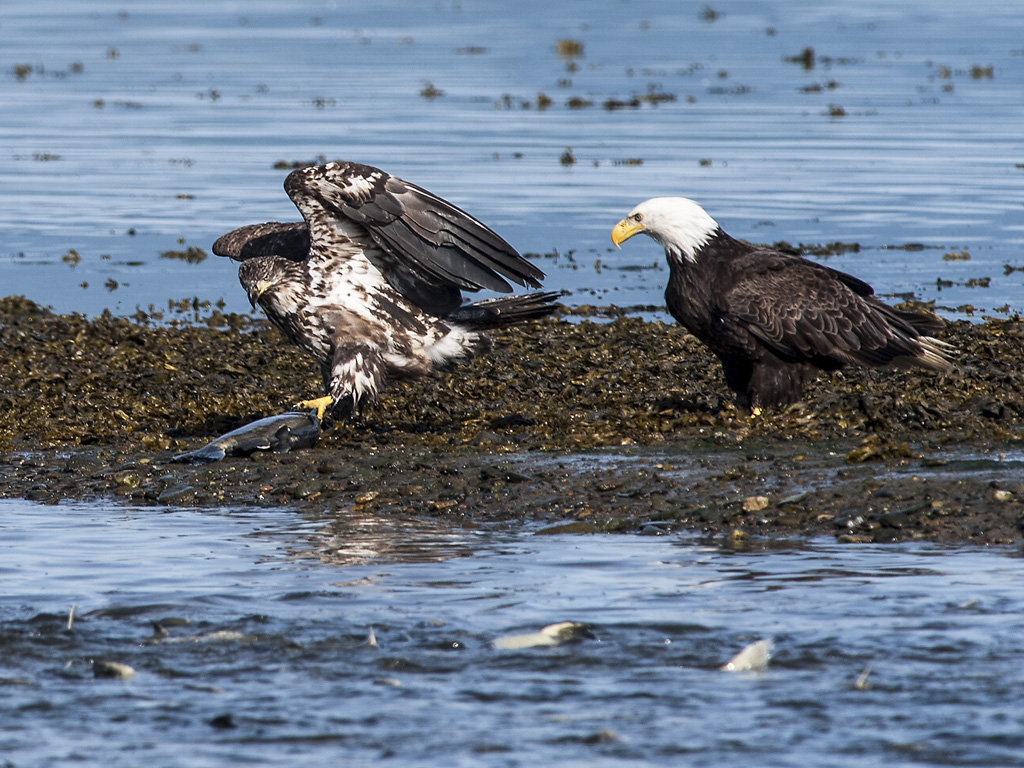 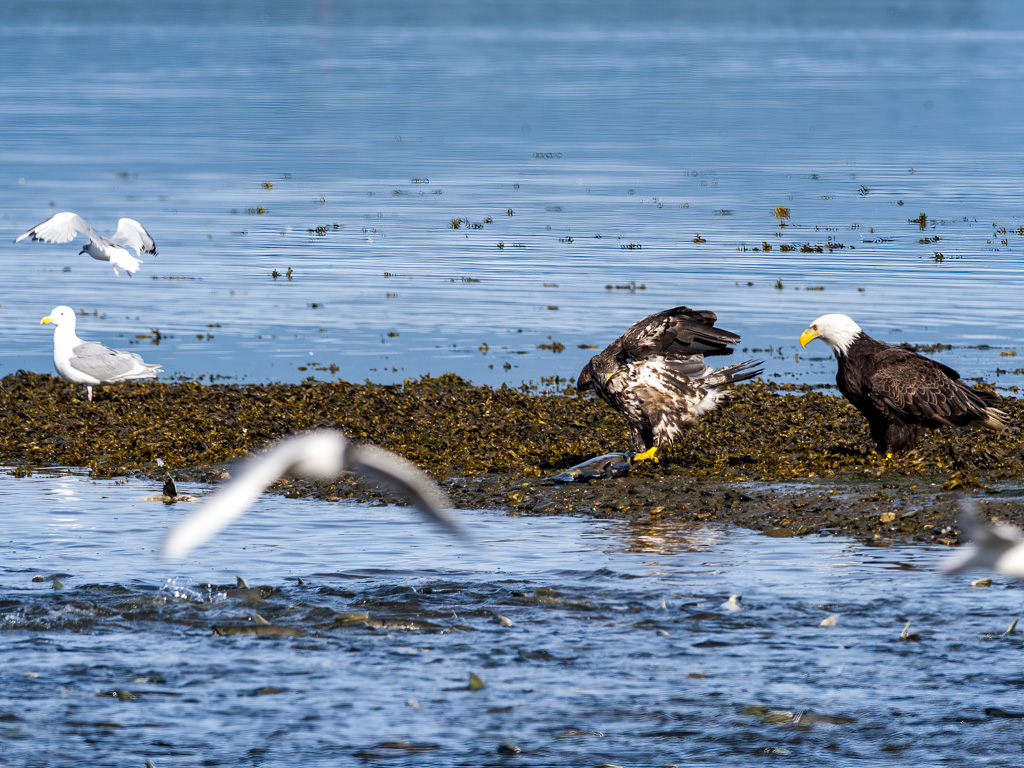 The next series of images shows the “bully” in action. The action is subtle and occurs over a period of time as it closes in on its prey. 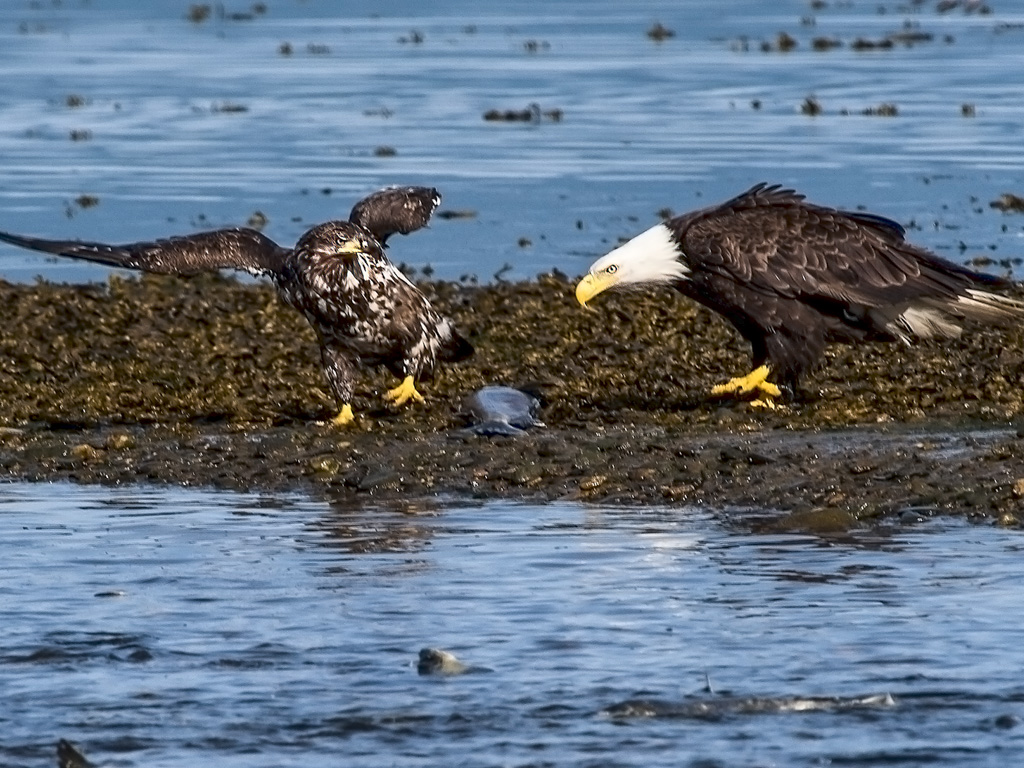 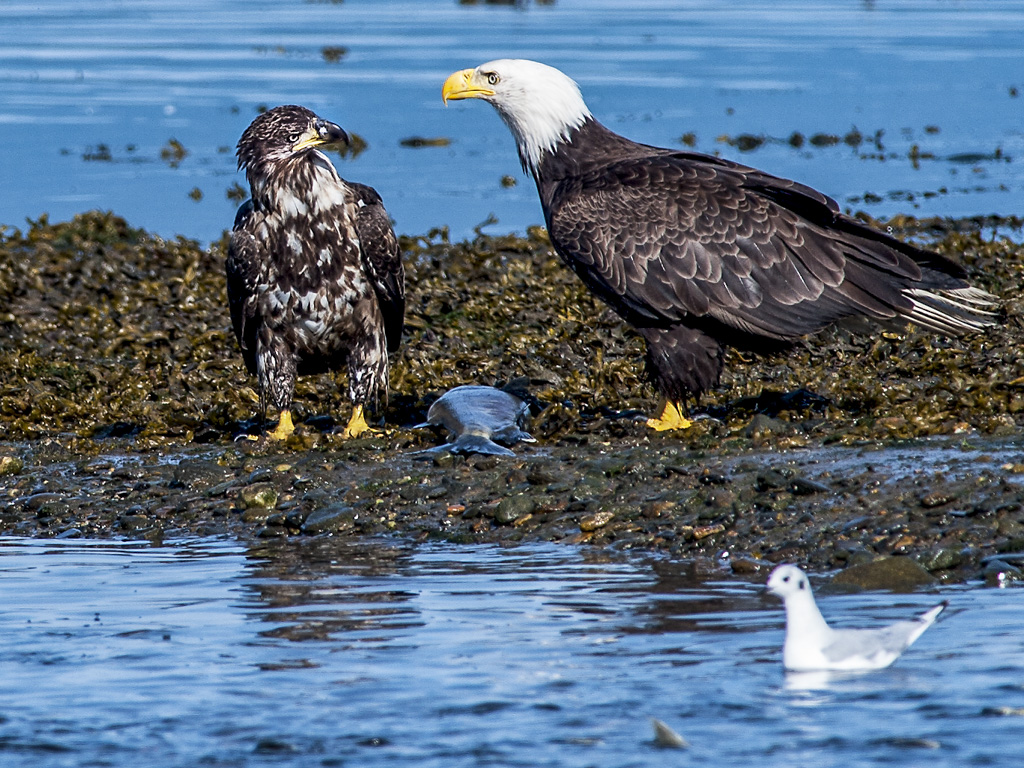 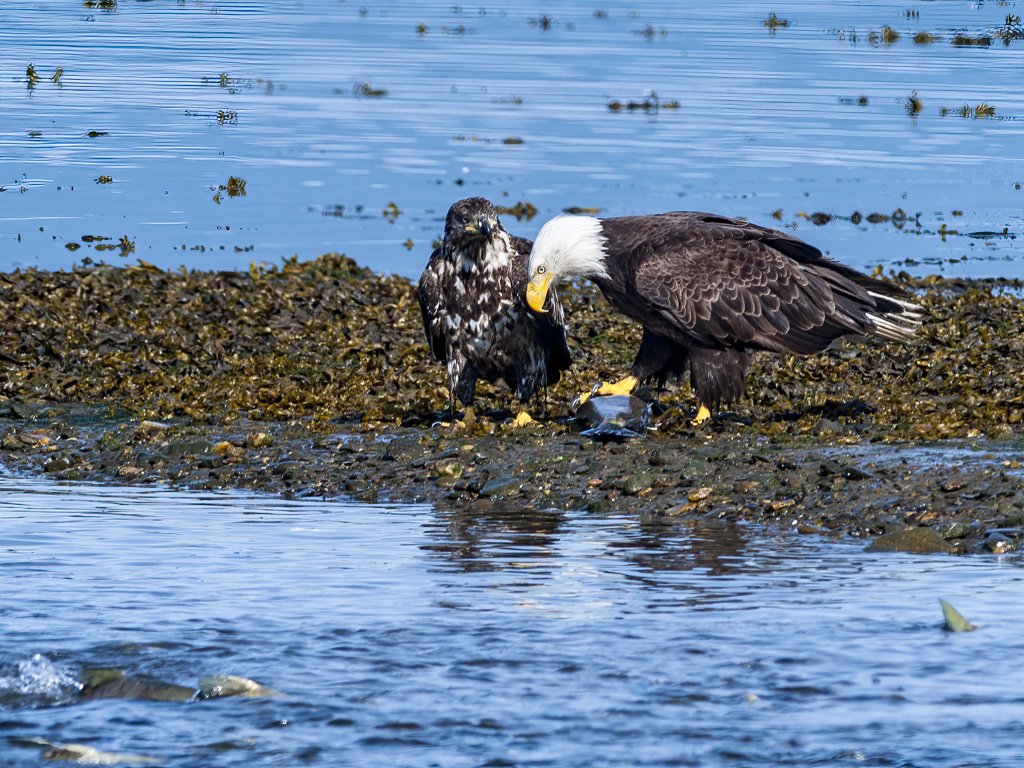 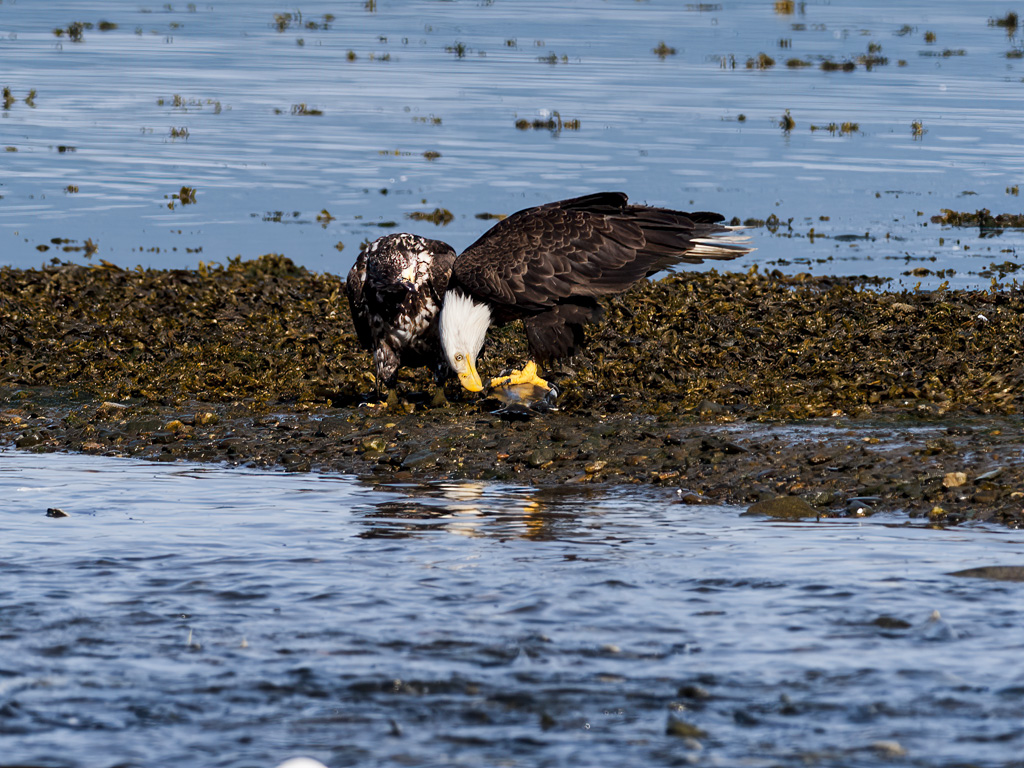 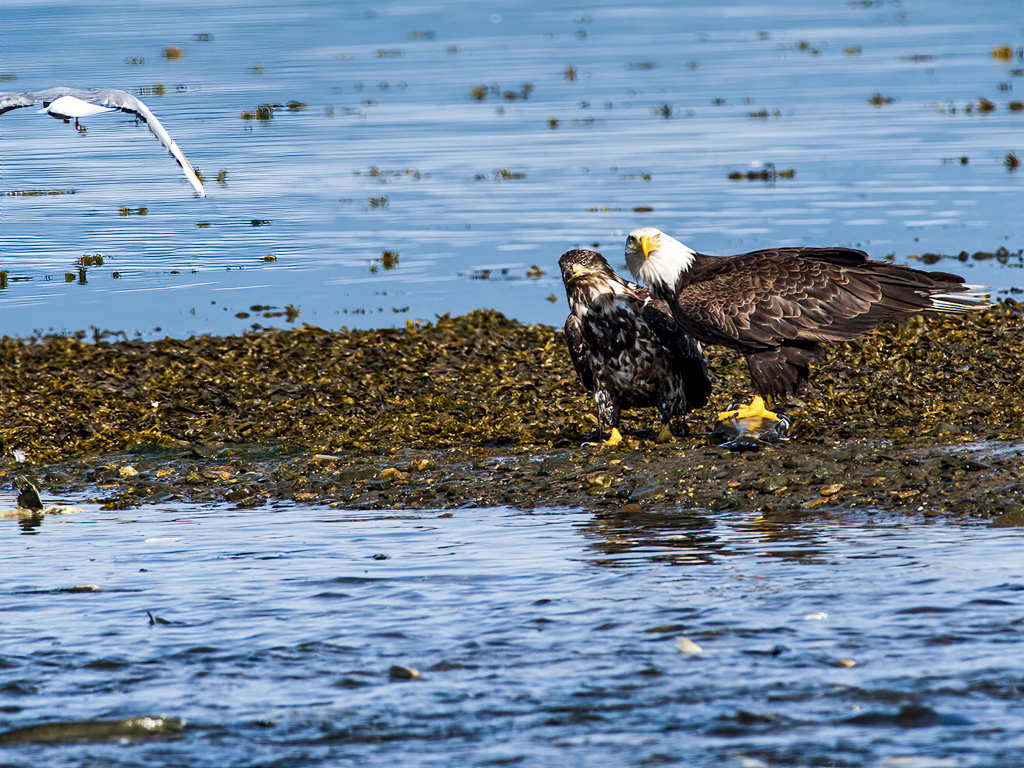 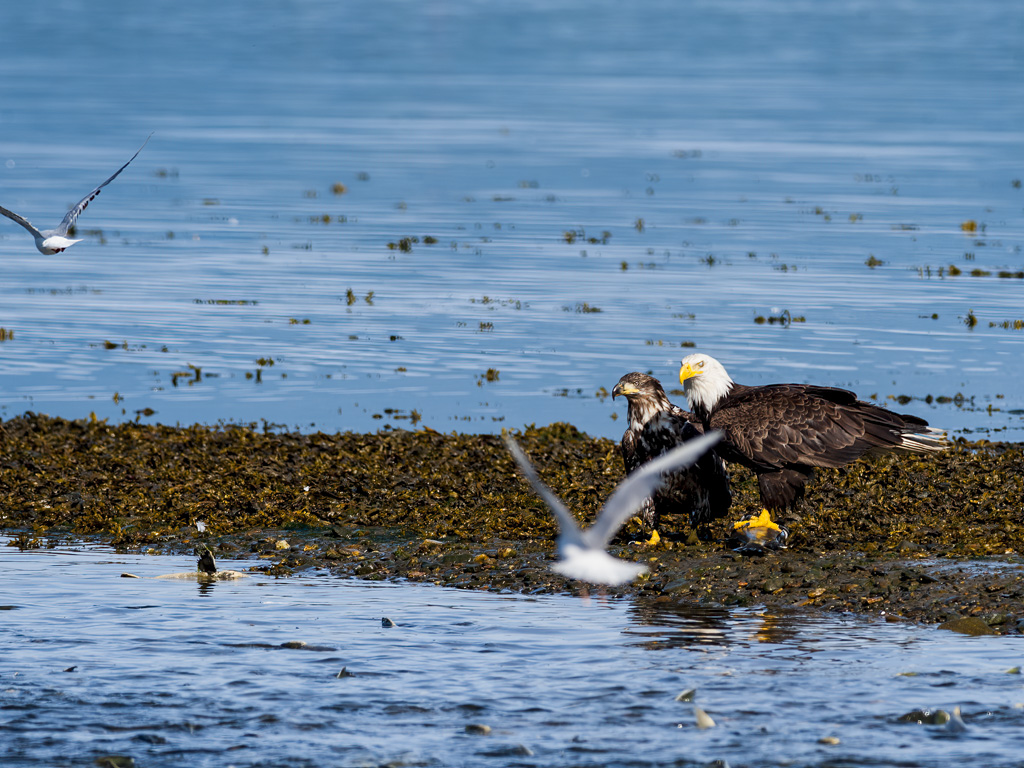 This is where “Eddy” relinquishes all of his hard work. Note that there is all kinds of fresh salmon all around the eagles but this is where the story ends for Poor “Eddy”… and he goes off on his own. 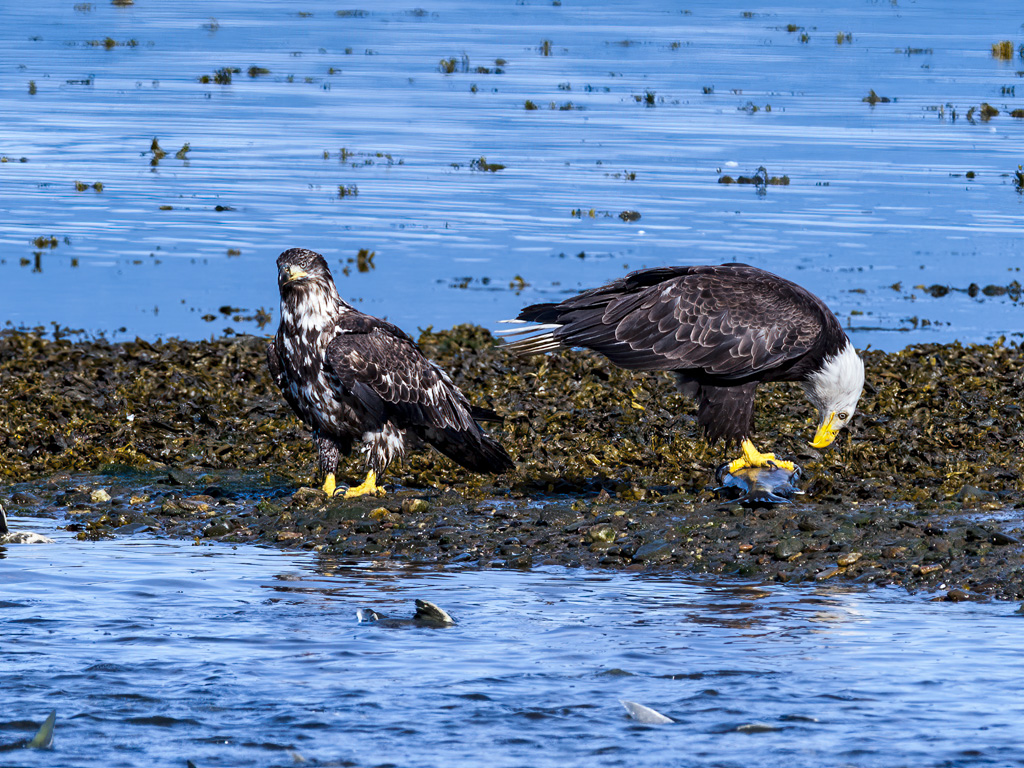 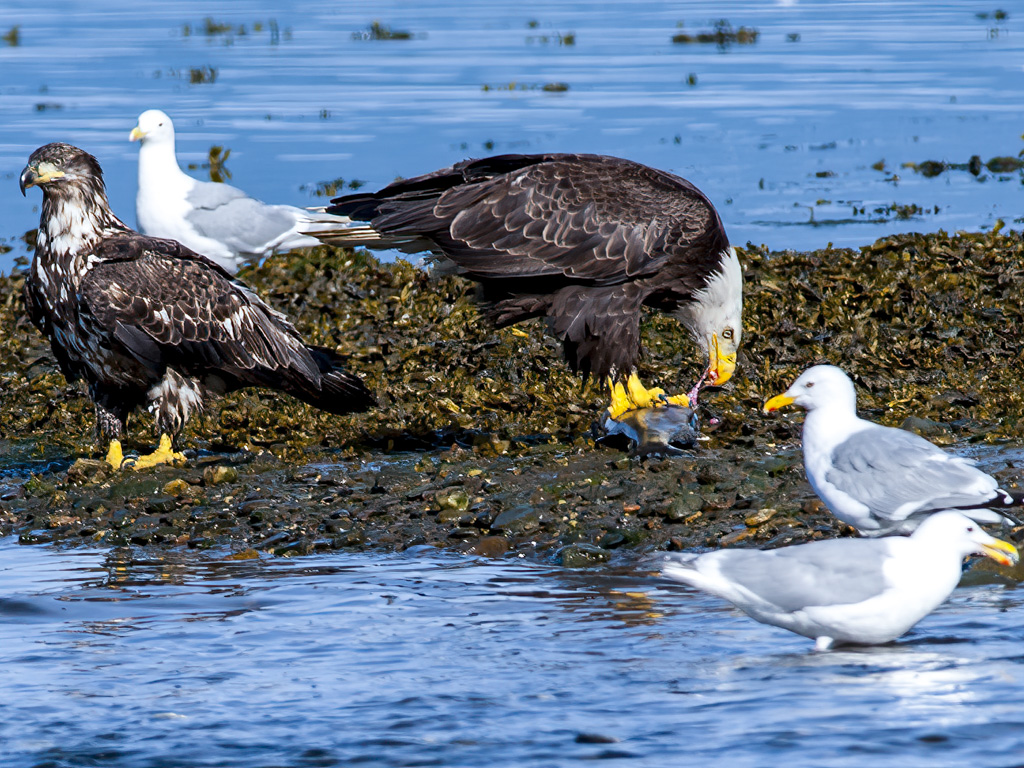 Here is a challenge for each of you. Find and record a story of interaction of wild birds or animals on your own. It may take a while but they are out there for our photographic enjoyment.

John Frelich is a Photo Guide with Arizona Highways PhotoScapes.