Venture out for a long weekend or more in the White Mountains of eastern Arizona for a delightful time in a beautiful area.

Why eastern Arizona? Beautiful mountains, grand meadows, and several lakes create many opportunities for photography and recreation. During summer and fall the higher elevation features cooler temperatures. On Labor Day weekend last fall, we were exploring and found the West Fork (of the Black River) Trail #628. Looking for a half-day hike of moderate difficulty, we chose this one. It didn’t disappoint.

The trail led through meadows and forests fairly level until the final descent down to the little river. That was steep, but the trail was well-maintained. We saw one man fly fishing-catch and release. Crossing the river was a challenge, but a log and series of rocks ensured we didn’t have to wade across on this trip. It wasn’t deep that day, so falling in would have just been annoying. 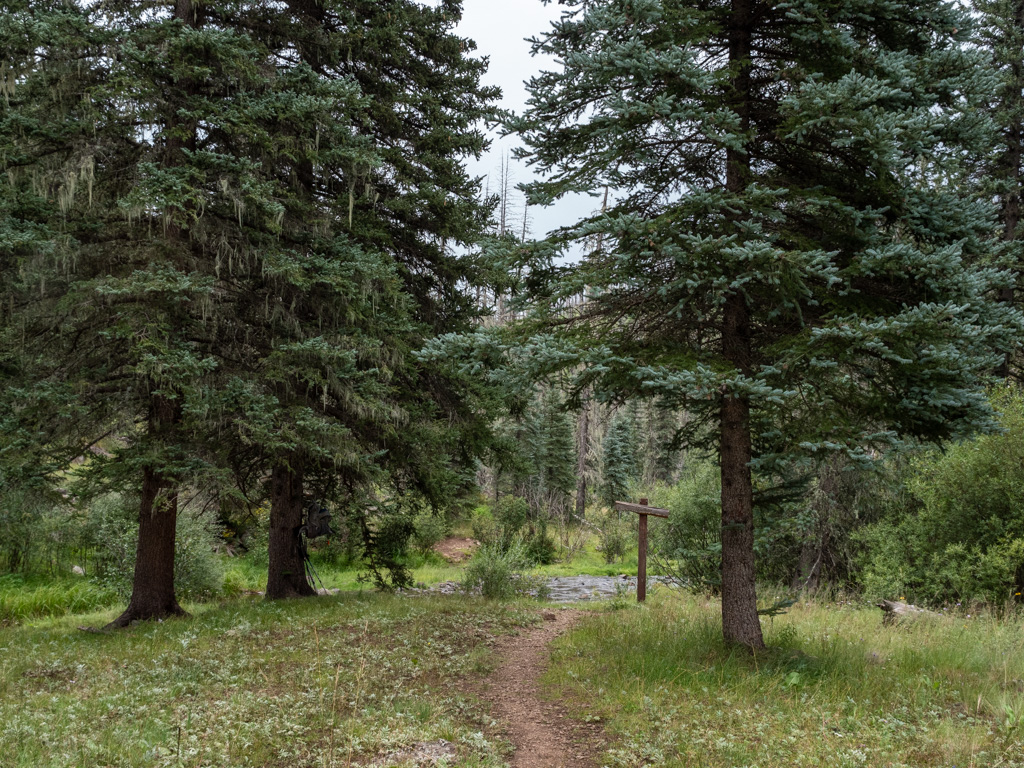 There is evidence of wildfire damage from the 2011 Bear Wallow fire along the trail, but there is also regrowth, open meadows, and wildflowers. The descent to Black River was less affected by the fire, so there are large pine trees along the trail and river.

Difficulty: moderate, mainly level until the descent to the Black River. That part becomes fairly steep. At the bottom is a great picnic spot along the river. This is also where you have to turn around and go back. However, there are other trails that connect so use a map for reference if you wish to take those.

Lodging: Motels in Eagar, the X-Diamond Ranch between Eagar and Greer, various lodgings in Greer, or camping

Weather: Every afternoon that weekend featured thunderstorms building up by late morning, so we had to get an early start to get back out before the storms unleashed their thunder and lightning. On this hike we had very little exploration time before deciding it would be best to return to our vehicle at the trailhead.

As always, check with the local ranger district for updates, bring a good map, GPS, water, snacks, phone, trekking poles, and your cameras!

Sara Goodnick is a Photo Guide with Arizona Highways PhotoScapes.