Getting the Shot iPhone PhotographySeptember 3, 2015

by Jeff Insel with help from Jack Jordan

One morning last week I reported to the North Valley Surgical Center in Scottsdale, at 6:00 a.m. for surgery on my right ring finger. I’ve been preparing for this for a couple months with the knowledge that my right hand would be one big bandage that needs to be kept dry for a week until it comes off. Of course, being right handed this brings a lot of challenges and inconveniences – washing my left armpit in the shower, tying shoes, brushing my teeth left handed and don’t forget shaving (I think I’ll let the beard grow). Fortunately my fingertips are uncovered so I can do a bit more than I anticipated, like typing. I’m thinking of all the other photographers who have experienced similar setbacks like sprained wrists or broken fingers.

So how about handling my camera? Like most DSLRs the shutter button is on the top right side. Can I manage the backpack with my gear and the tripod too? I didn’t really start to think about this until yesterday afternoon while recovering from the anesthesia – which was great by the way (whole “nother” story). I realized that there are a couple of solutions; Use the 2 or 10 second timer, use the cable release or remote. Obviously, it’ll be a slower process setting up, which could be good – it’ll force me to slow down, think more carefully about what I want to accomplish. The only solution I found for assembling the quick release plate on my tripod was to have help from someone, but I found that if I was careful I could change lenses by keeping my camera in my lap, setting up the lens to be changed and then, using my left ring finger to depress the lens release button while I held the lens with my thumb and fore finger and twisted, I could release the lens, set it down and grab the replacement lens for easy connection. Changing the battery and memory card proved to be much easier.

I also realized that there is a much easier solution. I can just use my iPhone, which I can hold with my left hand and use a finger tip on my right to hit the shutter button. I also won’t have to negotiate the gear. 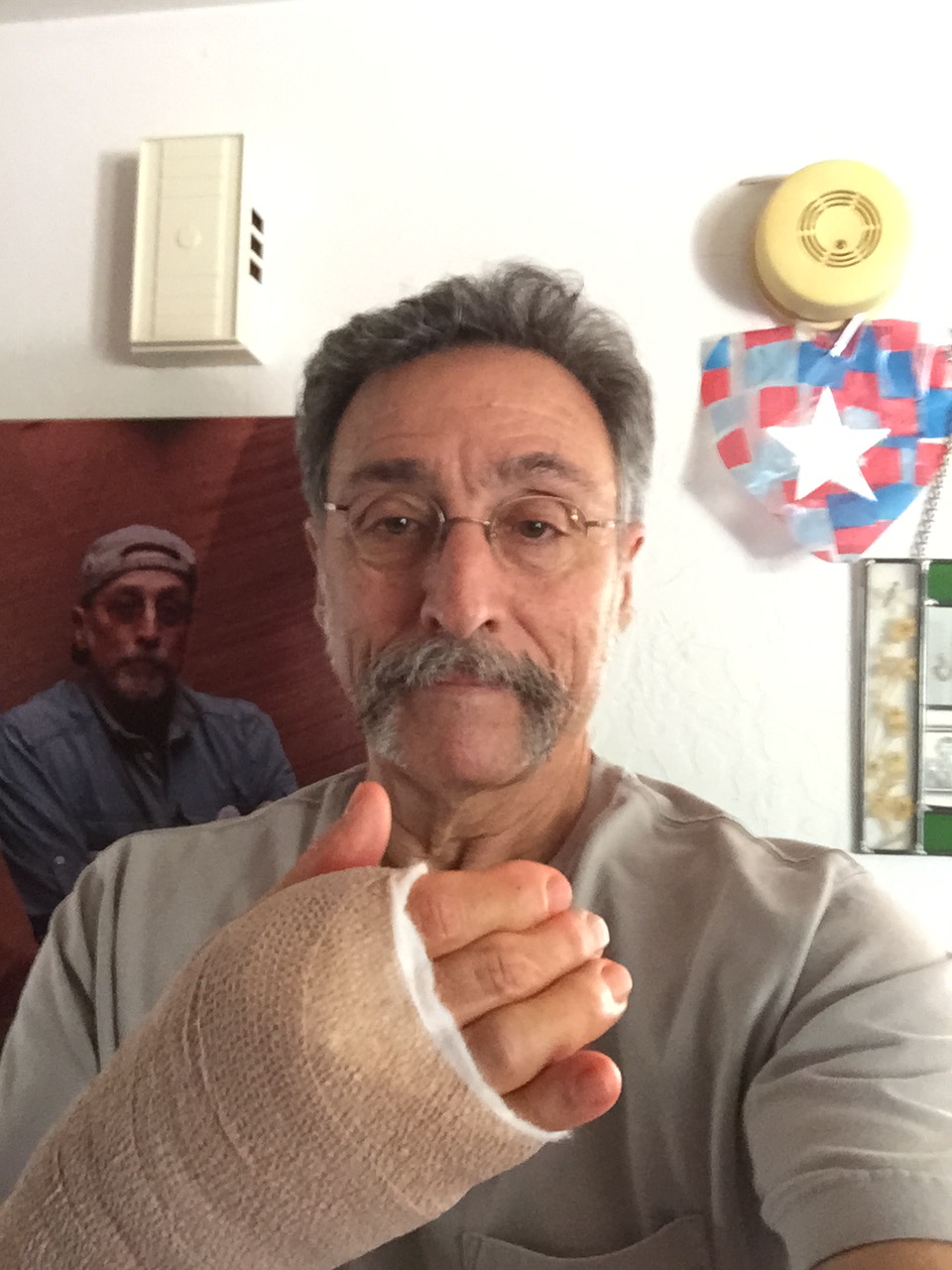