If you’ve never been to the Albuquerque International Balloon Fiesta you really must put it on your bucket list. There was really nothing about it I didn’t like. Well…maybe the cold mornings, but it was ALL worth it! 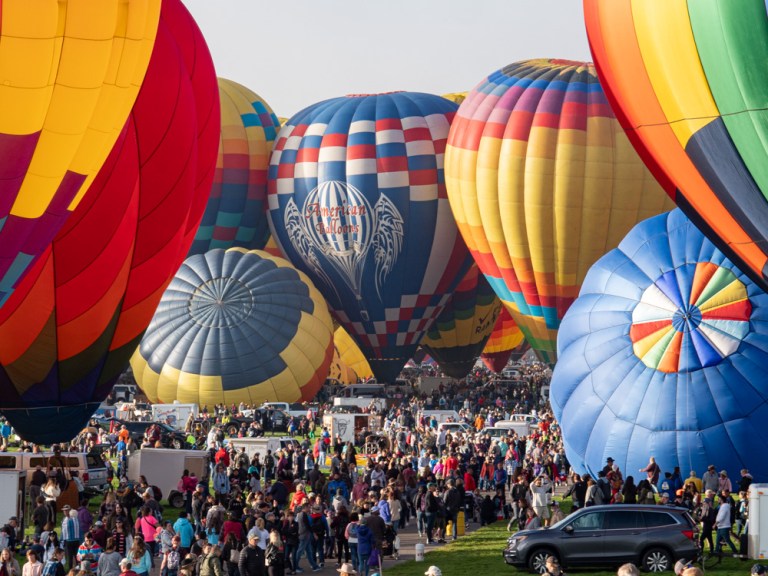 Without a doubt, you will be there with a whole lot of people. If you are a landscape photographer and used to being by yourself, this is certainly a different experience. Prepare yourself for the crowds. 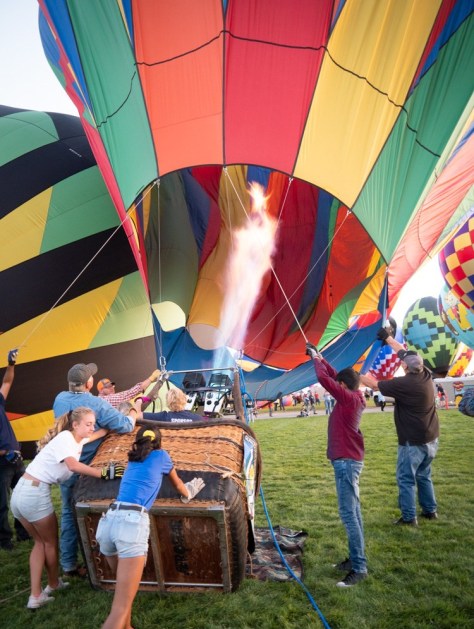 Here’s the cool thing…you are RIGHT down on the launch field mingling with all of the balloons and their crews. We did not meet a single crew that was not happy to talk with us about ballooning. They worked tirelessly to get the balloons up and showed incredible patience in answering everyone’s questions. 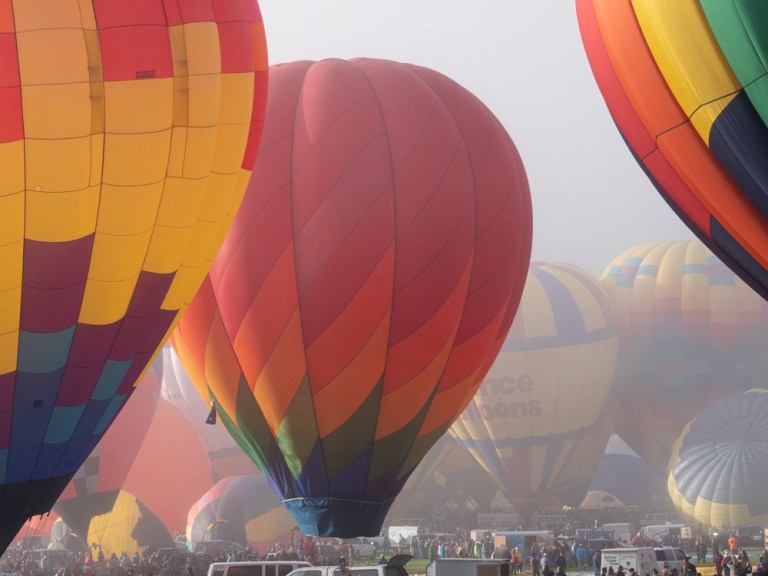 As in landscape photography, the weather dictates whether or not the balloons will launch. Rain, wind and fog are common events that ground the balloons and put a halt to the festivities. 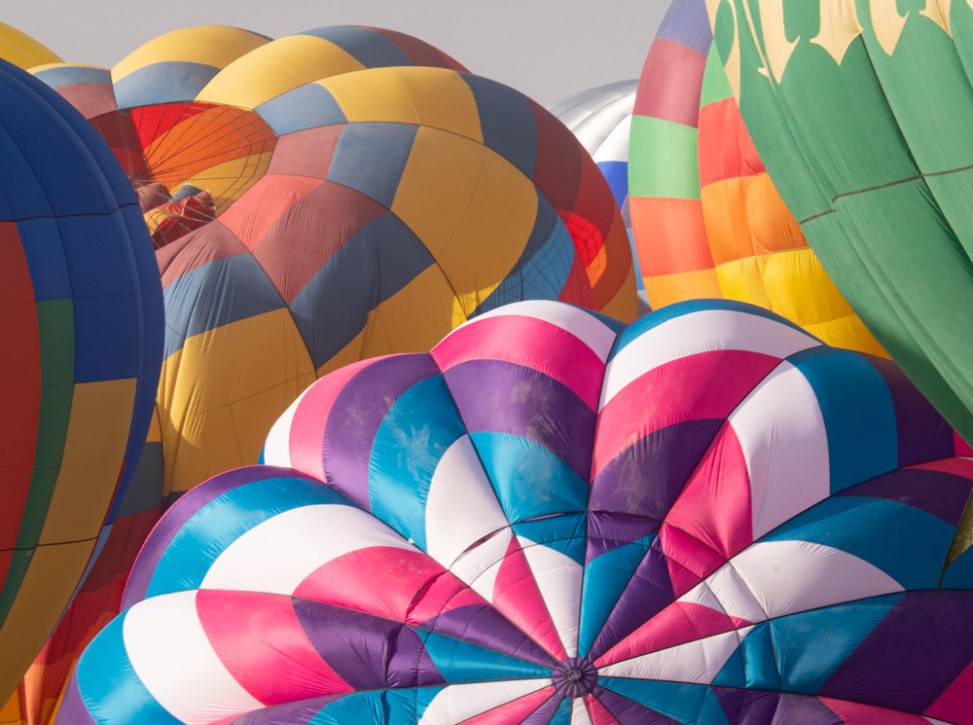 The sheer amount of envelopes (that’s what they call the balloon part) and how close they are to each other will blow your mind. 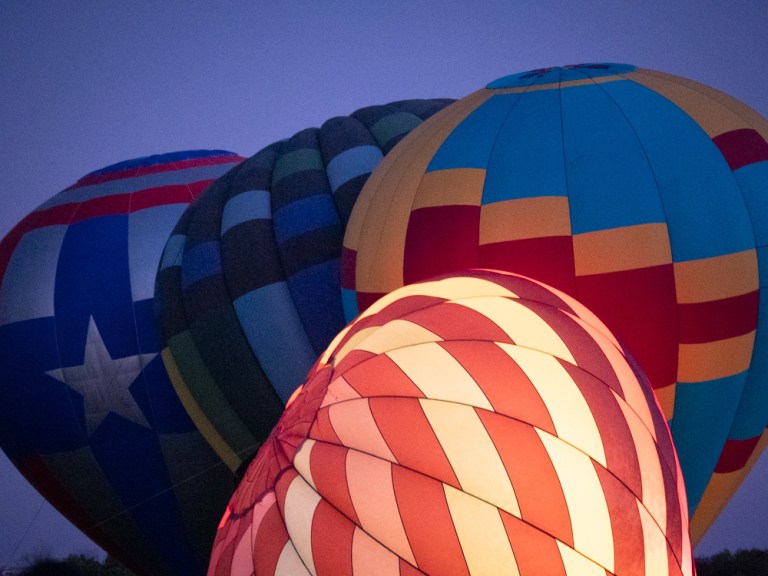 Arriving to the festival grounds early for Dawn Patrol is also pretty cool…literally. Dress for it. Albuquerque is at 5,000 feet and pretty chilly in the early morning. 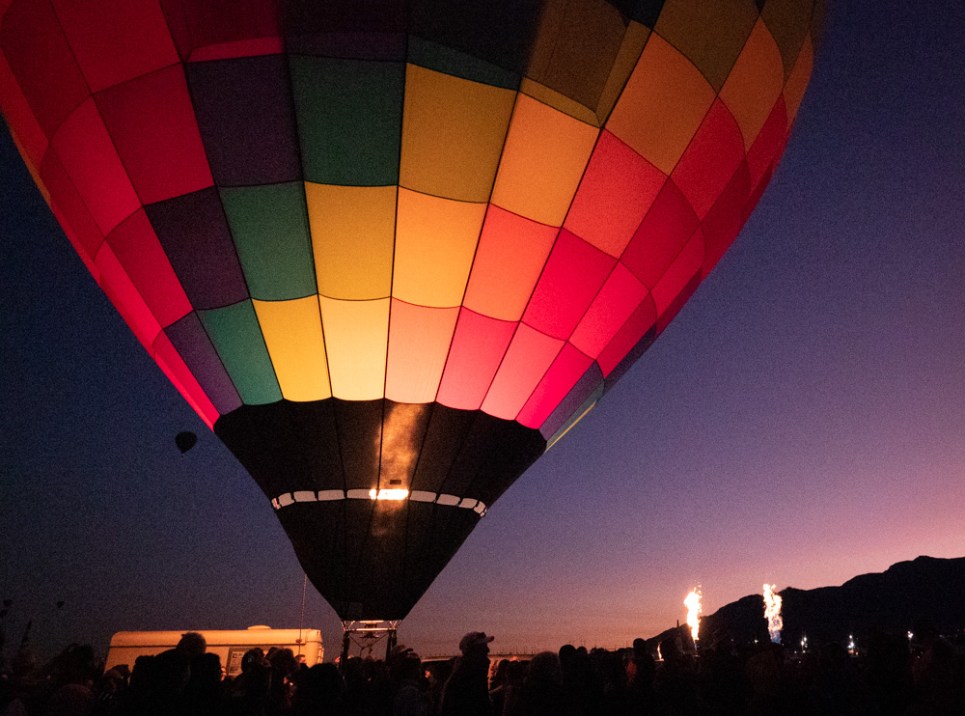 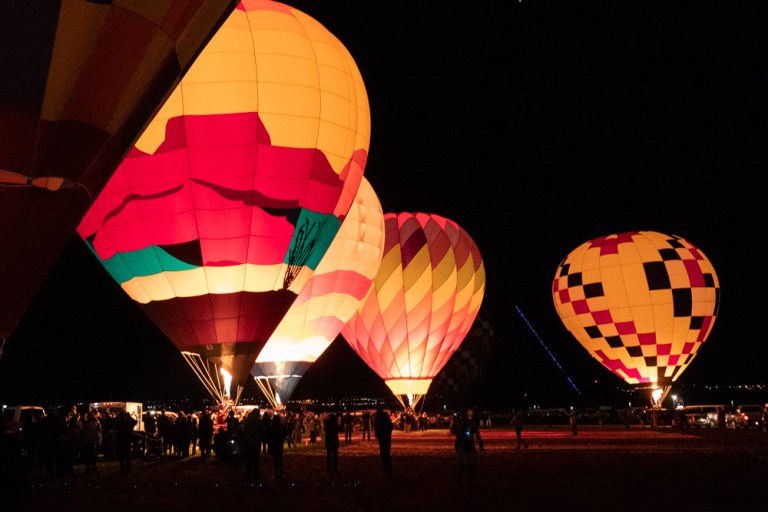 Shooting the balloons as they heat up the air is a crapshoot because the pilot’s actions are unpredictable. I have several frames that are black because just as I was releasing the shutter the pilots turned off the fire. You will want to use a high ISO in the morning because shooting with a tripod is difficult, as you are constantly changing where you are aiming. 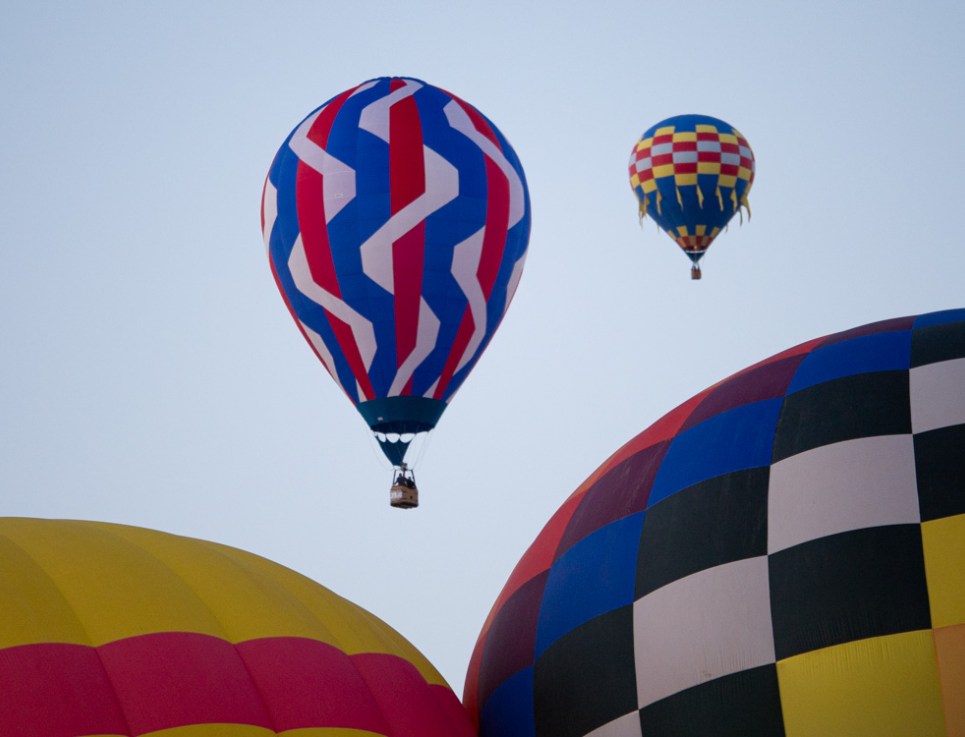 Patience is a virtue as the first wave occurs in the mass ascension take-off. These early ones, before sunrise, are just not as brilliant as the ones with the sunlight on them. So be patient and remain optimistic as the sunrise comes and the following waves go up. 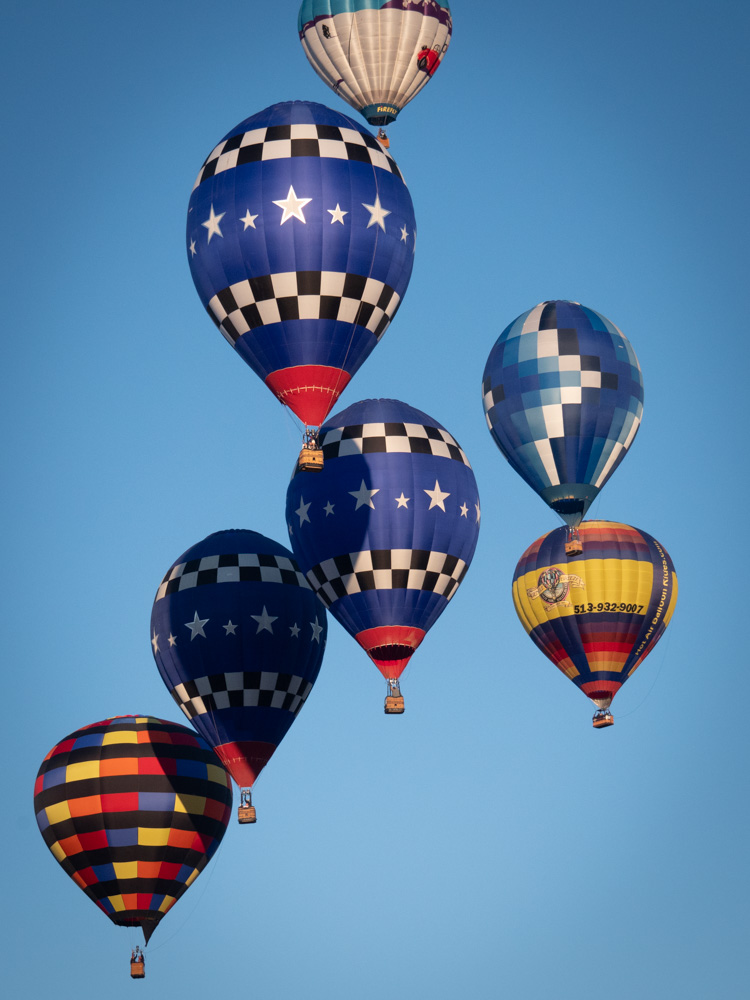 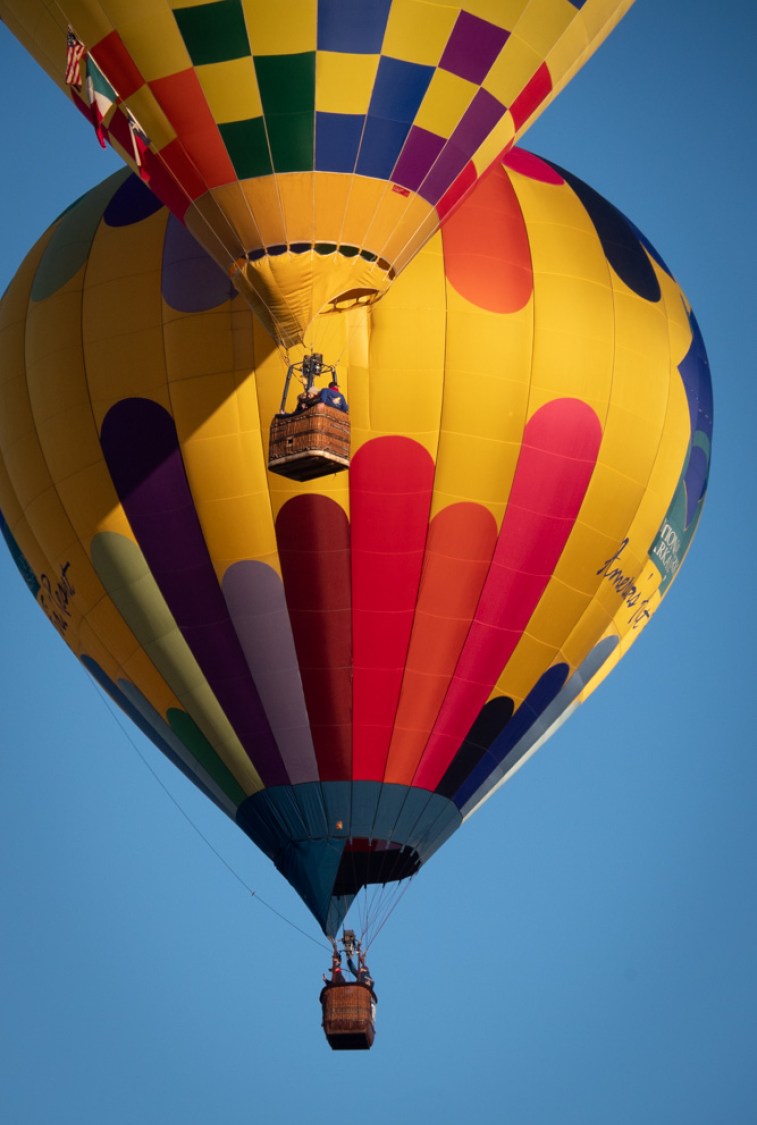 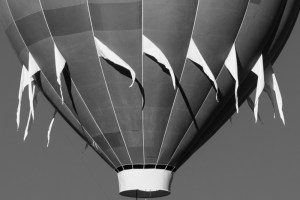 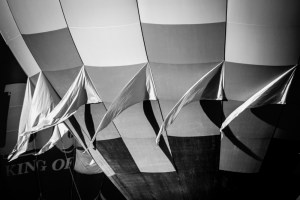 I’m all about color, patterns and design. It was fun, though, once I got home, to play with black and white on some of the images. I dug the flags. 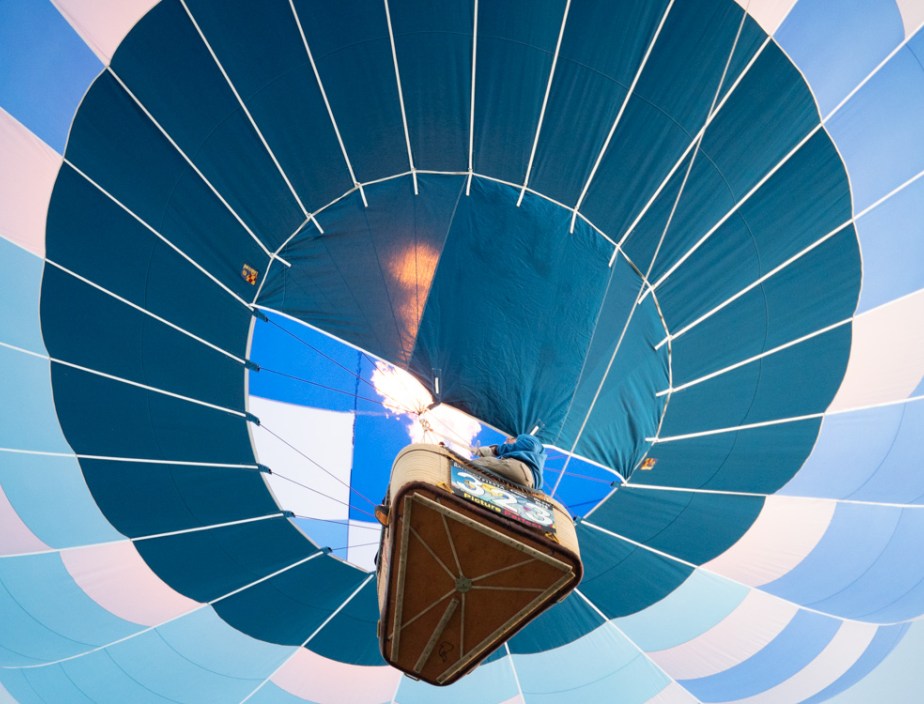 At times, as they flew overhead, it seemed you could reach right up and shake the pilot’s hand. 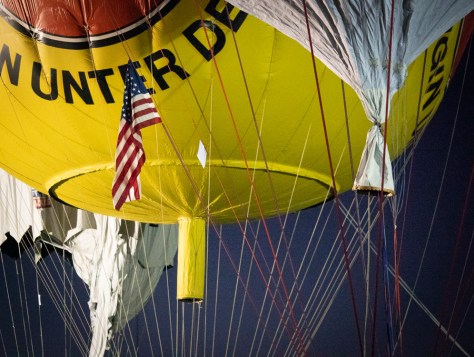 We went to the Gas Balloon launch one evening. It was definitely one of the highlights of the workshop. SO fascinating. These folks fill their balloons with gas (hydrogen or helium) and do a distance race that lasts 3 days or so. They dress like they are going to the top of Everest as the balloons fly at several thousand feet where the air is much cooler. 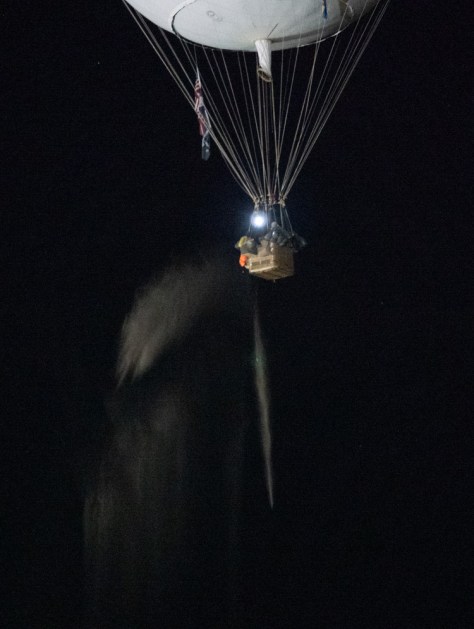 They carry lots of sand so they can get lift by dumping it. This poor team was tossing out a LOT of sand as they weren’t getting the lift they needed to get into the air stream with the other teams. Click here for more info on this type of ballooning. 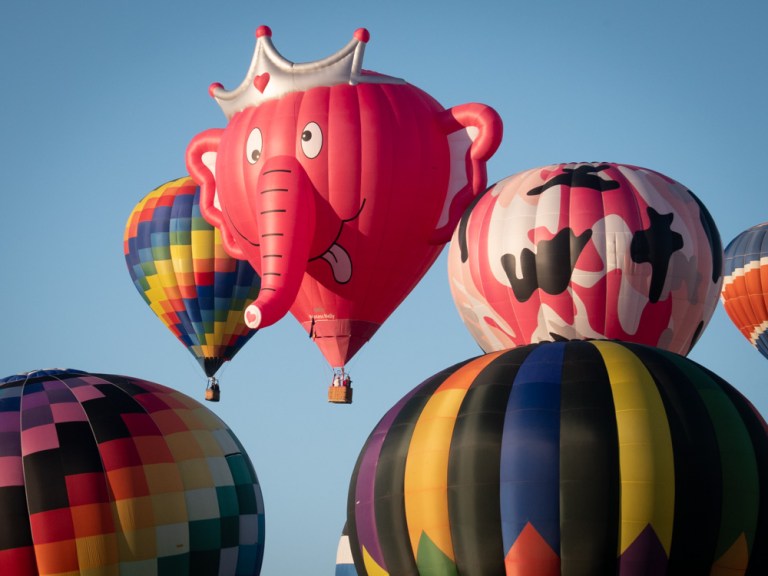 Now for the REALLY fun part. All balloons launch during the mass ascension each day. They also have the Special Shape Rodeo which highlights these balloons. 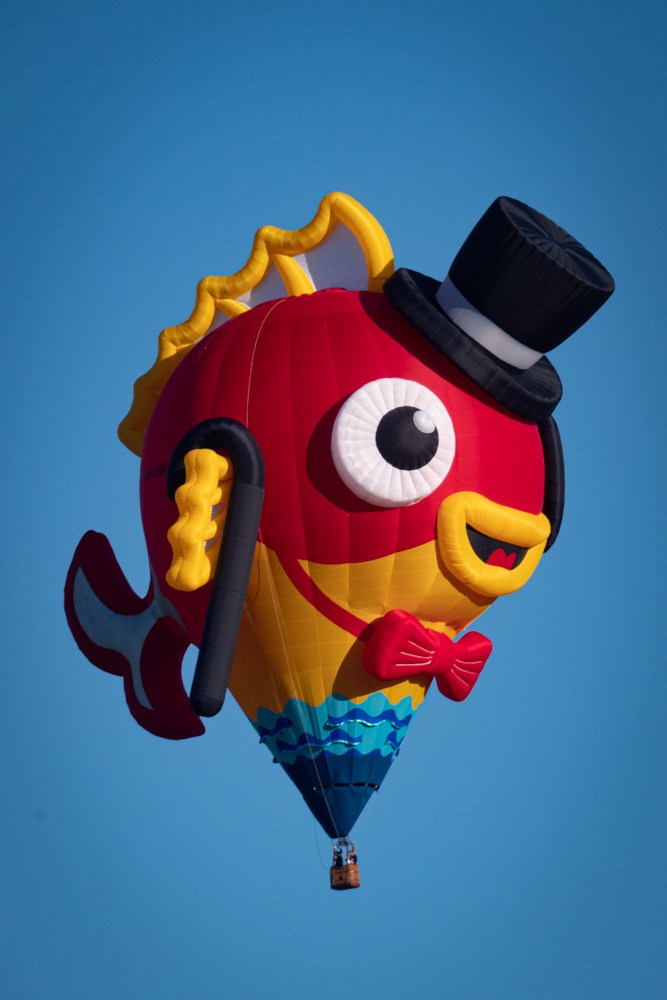 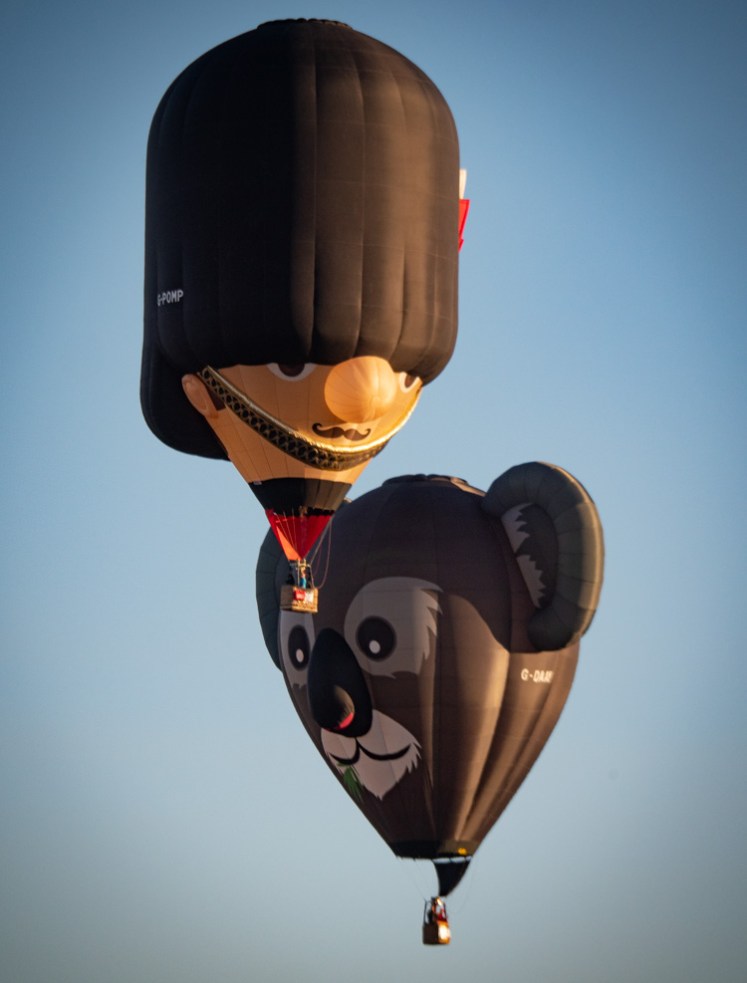 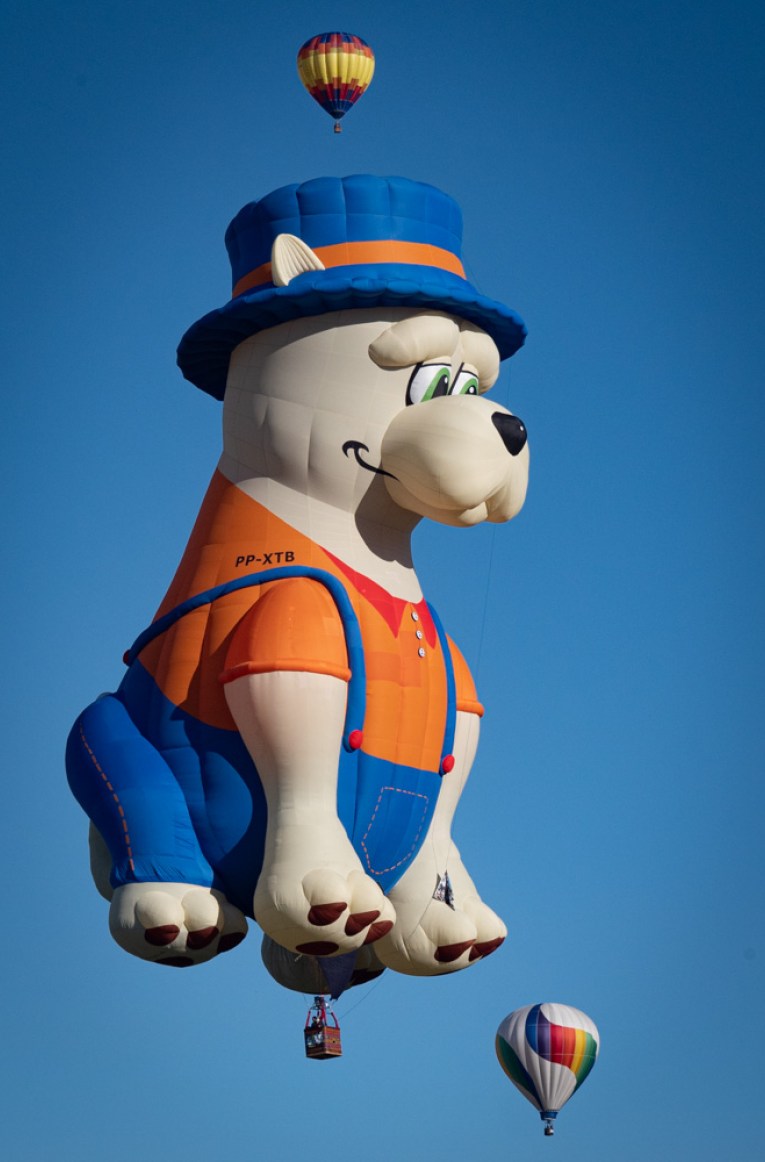 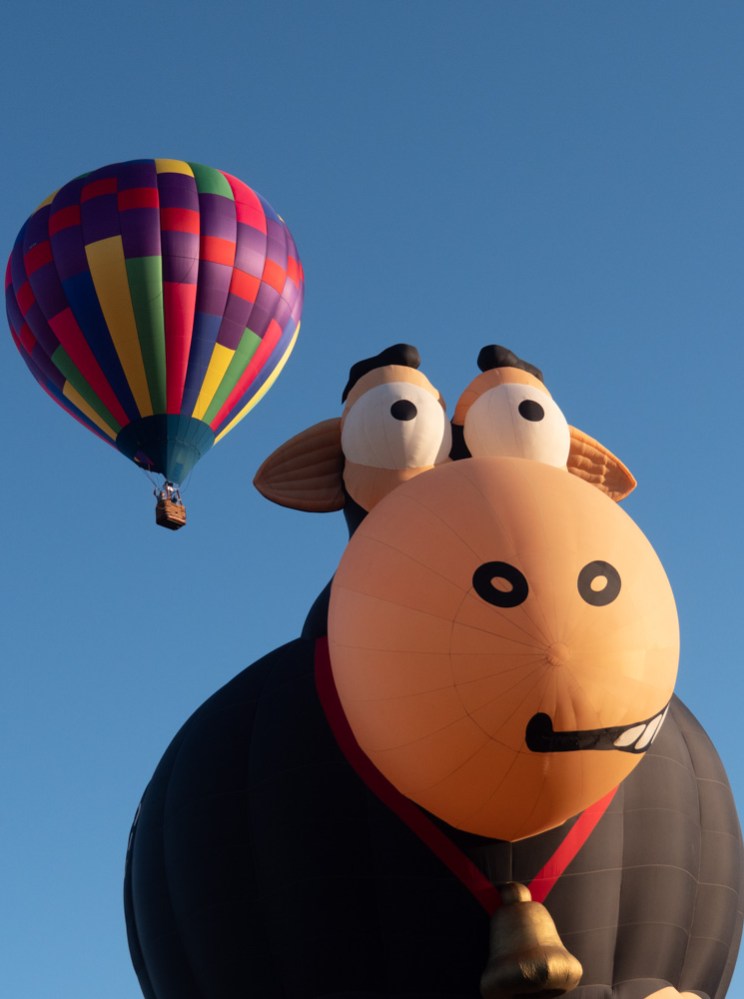 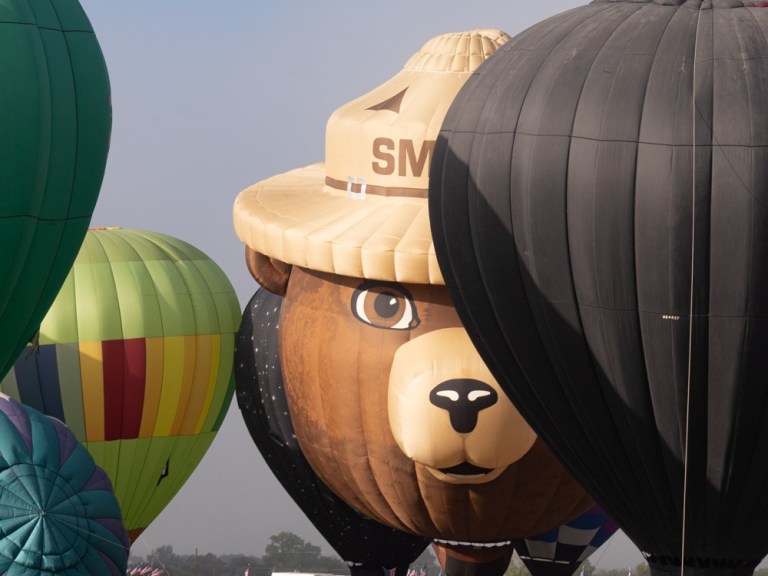 I’ve never taken so many images in a single day in my life. And I swear, each day, I was seeing balloon shapes and colors I had not seen the previous day, or ever before.

The Albuquerque International Balloon Fiesta takes place in October. Hopefully, by then the world can return to a semi-normal state, and the Fiesta will happen. Until then, stay healthy, wash your hands and keep shooting!